Published: 19 Jan 2011
Views: 7137
Rating:
Save
Prof Klaus Pantel - University Medical Center Hamburg-Eppendorf, Germany
Prof Kantel talks to ecancertv at the 2010 San Antonio Breast Cancer Symposium about his work with circulating tumour cells, and the potential for clinical application. A simple blood test can give instant feedback as to what therapy is required and the success of therapy given.

The topic of my talk was cancer micrometastases and circulating tumour cells in breast cancer patients and I described our technology that is able to detect tumour cells in the blood of cancer patients very early during the process of metastatic progression. Also technologies that are able to look into the molecular characteristics, into expression of therapeutic target antigens, which are important for therapy, and also into functional assays that will show which of the circulating tumour cells might be the founders, the bad guys, that actually make the metastasis and at the end lead to the death of the cancer patient.

What are these technologies?

The technologies are mostly based on the immunohistochemistry which means we have antigens, proteins in the tumour cell that can be detected with some antibodies that are labelled to fluorescent dyes and we detect these tumour cells by their expression of cytokeratins which are cytoskeleton proteins, they are not expressed in the surrounding blood or bone marrow cells. So we have a very nice marker for the tumour cells that have invaded either the blood or the bone marrow.

When found, what action can be taken?

We have shown that when we find them that the patient’s prognosis is poorer so they really contribute on metastatic progression. Now the goal is really to stratify the patients with those cells to effective systemic therapies. So the idea is to have a systemic therapy, for example, therapy against the HER2 oncogene which is frequently expressed on these tumour cells, inject these drugs and eliminate these disseminated tumour cells as early as possible, before metastasis becomes really apparent in these patients.

What are these systemic therapies?

We have nice new tools because there are a whole variety of therapeutic targets. The HER2 proto-oncogene is one very prominent one in breast cancer that can be used. We have hormonal therapy and in that context it’s also important to know whether the disseminated cells are hormone receptor positive or negative and there are very nice data showing that even in patients called hormone receptor positive there are hormone receptor negative cells and they may actually escape anti-hormonal therapy in breast cancer. So by typing for these therapeutic antigens we also learn why therapies may fail. Also we have some indication from primary tumour analysis that this should work.

Are you advocating default testing for CTCs in certain patients?

Yes, I definitely advocate it and in addition to analysis of the primary tumour, which just allows you a one-time analysis and then a prediction of the future, the analysis of the circulating tumour cells allow you to really monitor a disease and see how the tumour cells are really changing during the course of the disease and also during the course of therapy. I think that’s a really great advantage.

What about the cost involved?

Yes, the costs are around €300 - €400 that are involved for tests for those CTCs in the blood. It is not cheap but it is also not overly expensive if you compare that to the costs involved, for example, with gene expression analysis of the primary tumour which is probably almost ten times higher than that blood test. So the costs are probably acceptable and particularly if you can use this technology to tailor therapies to patients that really have a high chance to benefit because then you may even spare therapies that are ineffective and expensive and have side effects. So in terms of the cost and benefit relationship, I’m quite optimistic for these tests.

What’s the interest for patients?

The benefit would be really to know, for example, after adjuvant therapy is six months therapy and during hormonal therapy, did I really profit from this therapy? Because these therapies have side effects and today the patients don’t really know whether they individually will profit from the therapy, they only know that they have a certain reduction in risk, a certain chance reduction. But actually a person would like to know what is my personal benefit from a therapy that I went through, and we hope that our blood tests may be able to do that in the future, to really give an individual assessment whether therapy worked or not. 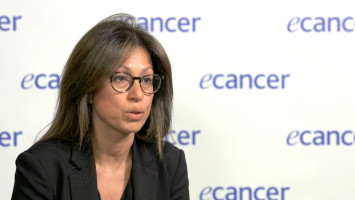