Prof Emiel Rutgers gives a press conference at SABCS 2018 about the results from the phase III AMAROS clinical trial, where either axillary radiotherapy and axillary lymph node dissection were found to have comparable 10-year recurrence and survival rates in patients with early-stage breast cancer.

Thank you Dr Kaklamani, it’s a pleasure and honour to present the results, the ten year results, of the AMAROS trial. AMAROS stands for After Mapping of the Axilla Radiotherapy or Surgery, it has nothing to do with bitter because amaros in Italian, Dr DeCensi, means bitter but it’s a sweet trial and you will understand this later on why I think that. This is the AMAROS trial and the most important role of me in this trial was to find out this acronym. I have no disclosures.

The background – you probably all know what the sentinel node biopsy is, the sentinel node is the lymph node most likely to harbour a metastasis and these lymph nodes can be identified during surgery by using tracers, either radioactive or colour tracers. These nodes are most likely to harbour the cancer cells from the primary tumour through the lymph vessels. The standard paradigm is if the sentinel node is clean or only containing minimal disease there is no further axillary surgery indicated and if there is cancer complete axillary surgery and this is associated with side effects, predominantly lymphedema.

We had in the ‘90s done a couple of trials where we randomised between surgery and radiation therapy in patients with clinical unsuspicious lymph nodes in the axilla, it’s before the sentinel node era. There, it turns out, were small trials that radiotherapy appears to be equivalent to surgery.

So this trial started in 2001, where for patients with invasive breast cancer between 5mm and 5cm, clinically node negative, either by palpation or ultrasound, and were scheduled for breast conservation or mastectomy and any age and, of course, informed consent. These patients were randomised to either axillary clearance or radiotherapy before we did the sentinel node biopsy because, one, we want to prevent selection bias if we did it afterwards and we had the information of sentinel node biopsy afterwards and then doctors may think, ‘Okay, this is not a patient for the trial, this is. I don’t want to treat them anyway,’ so to prevent selection bias. And, secondly, to enable doctors to do an axillary clearance in the same operation for those patients who were randomised to the axillary clearance by doing the first resection intraoperatively and patients were randomised if the sentinel node was positive to clearance and we could proceed in the same surgery. So that was the reason. This system caused some imbalance in the number of patients who had axillary clearance and radiotherapy, you will see later.

So we started off with 4,800 patients and one-third of them had a positive sentinel node and these were randomised between axillary clearance, 744, and radiotherapy, 681 – as I alluded to, this small imbalance in the number of patients. In 2013 we had the first five years results and there was no difference between surgery and radiotherapy. There were very few relapses in the axilla and there was significantly less lymphedema after radiotherapy. So this was the first result but there was criticism that there were so few events that the trial was underpowered for this non-inferiority design. We needed 52 events and by then we had 11 events and it would take another 30 years to come to these 52 events so we presented as it was but it was underpowered. But it was clinically very nice for the patients, of course, because there were very few events. And the other one was the follow up was too short, five years, and we have to see a longer follow up. So, in itself, results were not universally accepted in every country.

So now we have the ten years analysis and the patient population we analysed were those who had a positive sentinel node and the median follow-up is now ten years and the cut-off date was as of February 2018. Regarding the side effects, we have an update of five years because we have much more forms in five years and we don’t have forms at ten years because that was considered too expensive to get all these patients the forms at ten years. So we have a five year follow up on lymphedema.

The baseline age was 56 in both groups, it was well balanced and the grading was well balanced and is as expected. Small tumours, 70mm, and 60% of women had a preoperative ultrasound of the axilla, 40% had only clinical palpation. The vast majority of patients got breast conservation because they would have radiotherapy anyway; a small proportion had a mastectomy and over 90% had any systemic treatment because of the positive sentinel node, either chemotherapy or immunotherapy or in combination. The radiotherapy to the breast and chest wall was well distributed between the two groups. The number of sentinel nodes was also equal in the two groups there were 2, and the size of the metastasis in the sentinel node in two-thirds of patients was a so-called micrometastasis, in one-third minor metastasis. The median number of nodes in those patients who had an axillary clearance was 15. More interesting, in the lymph nodes in patients who had an axillary clearance next to the positive sentinel node was one-third, so 33% had more positive nodes in the axilla in those patients who had an axillary clearance and one aspect, of course, the same proportion of node positivity in those patients who had radiation therapy to the axilla. So we could imagine that one third of patients who had radiation to the axilla also had positive nodes at primary treatment.

These are the ten year results, nothing happens. At five years in the axillary clearance group four patients out of 744 had an axillary first event and now it’s seven. The radiotherapy group it’s 7 patients and now it’s 11 and, you can imagine, this is not a significant difference and it is, again, an extremely low recurrence of lymph node metastasis in this group. And of course it has no effect on disease free and overall survival, as you may expect.

What we have encountered is that there was a small incidence of second primaries in the patients who had axillary radiotherapy. This is to some extent in contralateral breast cancers and at other sites in itself, the absolute numbers were very low. We cannot exclude an effect of the radiation therapy to the axilla but we have to realise that 85% of these patients received radiation therapy anyway because of the breast conservation. So it is, for us, difficult to see whether the addition of the axillary radiation field would lead to more second primaries. 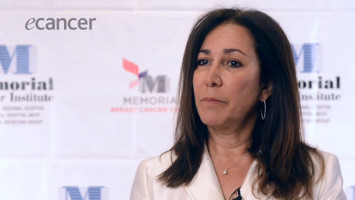 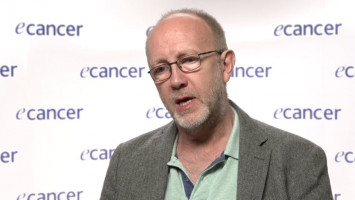 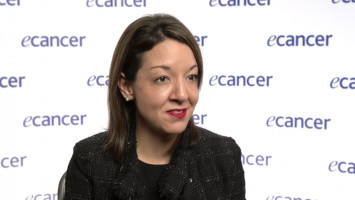 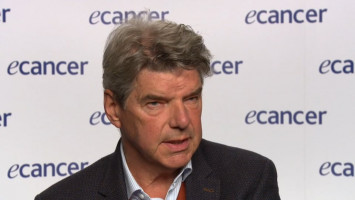