Dr Maria Vittoria Dieci speaks with ecancer at ESMO 2018 in Munich about results from a sub study from the larger shortHER trial where they looked at tumour-infiltrating lymphocytes as an independent prognostic factor for early HER2 positive breast cancer patients.

The data we presented on Friday here at ESMO are related to a sub-study of the main shortHER trial. The shortHER trial is one of the studies that evaluated the non-inferiority of a shorter duration of adjuvant trastuzumab, nine weeks in this trial as compared to one year, combined with adjuvant chemotherapy for patients with HER2 positive early breast cancer. This was an academic driven trial and the results were just published in Annals of Oncology showing that the results failed to demonstrate actually the non-inferiority of nine weeks versus one year of trastuzumab because the confidence interval of the hazard ratio crossed the non-inferiority margin.

What we presented at this congress was a sub-study evaluating the association between tumour infiltrating lymphocytes and metastasis free survival in around 70% of patients enrolled in the shortHER trial. The main population of the shortHER trial included 1,253 patients and for the additional analysis we had 866 tumour samples available to score these.

What were the main findings?

Another key result of this study was the result related to the interaction between TILs and the treatment arm because we were able to show that low TIL patients actually derived a benefit from one year trastuzumab as compared to nine weeks and this was statistically significant whereas patients with high TILs had an excellent outcome irrespective of the level of TILs. Therefore one of the key conclusions is that this is the first study that showed that TILs could be used as a marker to select patients for de-escalated treatment. Of course this is the first study showing that because this is the first study that tested TILs in a trial comparing shorter versus one year trastuzumab and we need to validate these results.

Are there any plans for when that validation might occur and with what populations?

The shortHER trial is one of the five non-inferiority trials that compared a shorter duration of trastuzumab versus one year and actually in order to validate these results it would be useful to have data on TILs shown also from other trials with a similar design.

Do you know of any trials that might be conducting according to a similar design or are they still forthcoming over the next couple of years?

There are four other trials with a similar design as the shortHER and there is already a plan to perform a pooled analysis of clinical results. We also are looking for possibilities in order to collaborate also for this type of translational analysis.

14 Sep 2020
COVID-19 and breast cancer: How should we treat our patients?
Dr Javier Cortés - IOB Institute of Oncology, Madrid and Barcelona, Spain 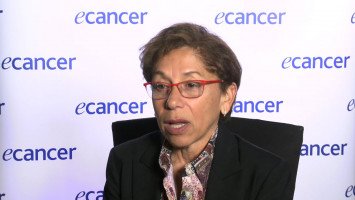 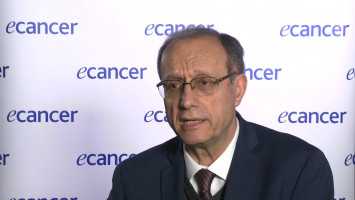