However, researchers found that certain side effects were more common with the every two weeks regimen, suggesting the weekly schedule may be preferable.


In this trial we gave adriamycin/cyclophosphamide according to a number of different schedules and then randomised patients to receive paclitaxel given either every two weeks at 175mg/m2 with support or weekly at 80mg/m2. The every two week arm was given for twelve weeks or six cycles so the duration of treatment was the same in both arms.

How did these two different dosing schedules compare?

In terms of outcome they did the same so patients did relatively well; the number of patients recurring or dying of breast cancer was no different between the two treatments. They did differ in terms of side effects, however. On the weekly schedule we detected low blood counts a bit more often but this had no significant clinical consequences because the rate of infection was no different between the two treatments. The every two week schedule was associated with slightly more allergic reactions and significantly more muscle aches and pains and also with peripheral neuropathy.

What should doctors make of these results?

This allows us to individualise treatment based upon patient and physician preference. It may have to do with side effects or how frequently the patient has to attend the clinic but also may have something to do with the use of hemopoietic growth factors which were needed with the every two week schedule if you were going to give it on time and was not necessary for most patients on the weekly arm.

What is the take home message coming out of your findings?

I think the bottom line is that paclitaxel can be given in either one of these schedules. For most patients the weekly schedule would be preferable but for patients whose circumstances would favour the every two week schedule that can be given with the same anticipated outcome.

How will treatment change in the future? 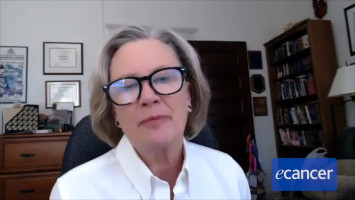