The results of this study were presented at this year’s SIOG virtual meeting. Dr Pernia initially explains the main aims of the study and then moves on towards explaining the methodology of this paper.

She then talks about the key results of this study which prove that this method of radiation therapy is highly beneficial for older patients.

Dr Pernia gives reasoning as to why this method is well tolerated in elderly prostate cancer patients and says that extreme hypofractionation utilising stereotactic body radiation therapy can become the standard of care for these types of patients in the future.

What we wanted to do was to have more evidence to support the use of SBRT, which is stereotactic body radiation therapy, as a curative treatment for prostate cancer, for localised prostate cancer, in elderly patients. We know that radiation to the pelvis area can have significant functional detriment, especially in elderly patients and especially those who already have, for example, bowel incontinence, urinary incontinence. So we wanted to make sure that the use of this technology was safe for our elderly population.

We used a questionnaire that expanded the EPIC composite questionnaire for prostate cancer which measures quality of life, reported outcomes from patients, to assess for the main symptoms that can present after radiation to the prostate. In that way we could establish a statistical significance and also clinical significance in these symptoms for these patients after the treatment.

The methodology was from 2007 to 2019 the radiation oncology group at Georgetown, specifically Dr Sean Collins, collected the data from his patients. Of course this was IRB approved. The patients were followed up for a period of three years. So they initially were hormone naïve, which is where you treat a prostate cancer with hormonal therapy that can per se have some influence in some of the symptoms they may experience. So we wanted to make sure these patients didn’t have that kind of treatment. So they were hormone naïve and we studied 179 patients total. They were followed up at one month, then three months, six months and so forth until we completed the 36 month follow-up period. We applied the EPIC 26 questionnaire at each one of these time points.

We assessed for differences using the T-score to assess for statistical clinical differences. Also we assessed for the clinical significance between these groups because some symptoms sometimes they are present and they are statistically significant but they don’t necessarily mean that the patient is really bothered by the symptom. So we also assessed that to see what symptom was the most bothersome for the patient.

Once we did that, we established five main domains which are the urinary, which is urinary incontinence or irritative obstructive symptoms; also sexual function, hormonal function and bowel function.

The rest of the domains, for example urinary incontinence, also declined at one month and then recovered almost to baseline after three to six months. This was statistically significant but not clinically significant. After that in the urinary incontinence domain we see that after three months there is a gradual and slow decline during all the follow-up period of three years. So we don’t really know if this is caused by the radiation or if this is caused by the natural process of aging. Because our patient population was older than 70 years so we expect some of these patients to have urinary incontinence presenting as they age over time.

Why is this treatment well tolerated in elderly patients?

The reason is the following. There is a technology that is called IMRT which is intensity modulated radiation therapy that radiates the whole pelvic area. This is a good technology, the problem is that it’s delivering the radiation in 42 sessions which means that the patient has to come every day to the hospital for nine weeks, eight to nine weeks. So this type of treatment for an elderly patient can be very cumbersome because they have to commute to the hospital every day. In the elderly population if they are homebound or bedbound or if they have some impaired mobility they cannot commute to the hospital that easily.

On the other hand, stereotactic body radiation therapy, which is the technology we use in this research, is delivered in five days. Five fractions and the patient is ready. We wanted to make sure this was a technology that was well tolerated by the patients because if it’s well tolerated, it is effective, these patients were intended to be cured, so this is a great strategy. An elderly patient with localised prostate cancer should not be excluded from the group that is being treated with SBRT just because he’s in the elderly population. We demonstrated, at least from a quality of life time point, that it is a safe method to use.

What impact could these have on future treatment?

We think that this treatment should be the standard of care in the future for localised prostate cancer, especially in the elderly because since this stereotactic body radiation therapy delivers beams of radiation that mostly focus towards the prostate, it allows the technology to spare from radiation the surrounding tissue, at least as much as the technology allows. So this is significant to reduce radiation toxicity which can be a significant achievement for these patients who have already an impaired function in their pelvic area. So in the future this technology, we consider it should be the standard of care for localised prostate cancer in the elderly. 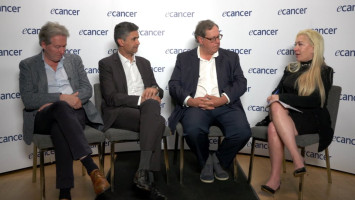 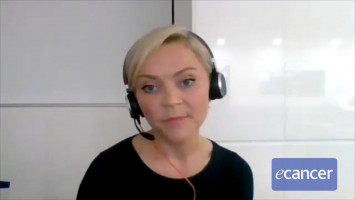