The future potential of cannabis in healthcare

Dr Henry Lowe speaks to ecancer at the Global Health Catalyst Summit 2019 at the Dana Farber Cancer Institute in Boston, Massachusetts about the benefits of medicinal cannabis.

He begins by outlining the beneficial aspects of cannabis as a medicinal 'wonder-plant', and some of the healing properties it has already demonstrated.

Dr Lowe then describes how it could be used in the place of opioids, and furthermore some of the pioneering projects currently happening in Jamaica concerning the products of marijuana.

The future potential of cannabis in healthcare

There is enough anecdotal and a lot of empirical evidence that it can be an excellent medicine. The only limitation is that enough experimental work and clinical trials have not yet been done. But there is enough subjective information out there to show that the plant itself is a miracle plant as far as I’m concerned because there is no other plant in the world that has demonstrated the potential and the evidence of efficacy and safety. Nobody has ever died of an overdose of anything to do with cannabis. So when you take safety and efficacy into consideration then, for me, it is a major plant, medicinal plant, and at the same time the medicines just have to be developed and undergo some more clinical trials so that there is a confidence that we are really there with a miraculous plant and amazing products from the plant.

What research is there that shows this?

There’s quite a bit of research but, to be honest with you, there’s a prejudice about cannabis. It is going to take twice as much effort to satisfy everybody that it’s there. But, for example, it has been established beyond a doubt that cannabis has demonstrated its efficacy and safety for pain management. There is no other plant which has done this except, of course, aspirin came from a plant. Well, there are others which have been demonstrated such as our own periwinkle in Jamaica. So there are a few plants that have shown efficacy and safety and have produced drugs, however, there is no other plant in the world that has shown the potential and some actual evidence of being good as a medicine.

Could cannabis take the place of opioids?

Well there’s a lot of experimental evidence now that cannabis could be used to wean people from the opioids and at the same time be a substitute. So instead of going there from the beginning you could use this and get the same type of benefits that you would using the opioids.

What is cannabis good for?

If I use the term most people use it’s good for everything. But we know there is no universal medicine and there are going to be some areas where it has been demonstrated to be very efficacious. Now, I’m not trying to show off about what we have done in Jamaica but Jamaica is a little country of roughly three million people. We are right up there with Israel and a lot of the leading countries doing research on cannabis. We have demonstrated on the efficacy as a pain medicine, in fact, we are going into a major clinical trial in another few weeks in Jamaica for palliative care.

Now, this is something new, we are breaking ground on this and we are going to demonstrate to the world that… Just in case the word palliative isn’t clear to the audience, we are talking about end of life where people just want something to see them through. What has been going on is that many persons who are near the end of life have been using opioids and they are virtual zombies because of the heavy sedation and other things that come from the opioids. So what we want to demonstrate is that cannabis can be a safe and useful end of life product.

Cancer is getting worse and worse and many persons are dying when they are getting to old age from a number of different maladies which are painful, for one, and which creates the sorts of problems that demand the opioids. So we could be at the cutting edge of something new that will benefit the world.

Just recently we got a patent. I must say here, again not boasting but I’m just showing you what we have done, myself and a team from Jamaica were the first, and this is going back to the 1970s, we demonstrated or produced the first commercial product ever from cannabis. So Jamaica has that reputation about being good and useful in so far as cannabis is concerned. Since then we produced a second generation product which the first generation was an eye-drop called Canasol, we have now developed a second generation product which the Ministry of Health in Jamaica approved and this has positive implications for its sale and distribution later on globally. This is now a sublingual drop so instead of putting the eye-drop in as you lose roughly 80% of any eye-drop you use, we developed this now more efficacious and, in fact, useful product which is a sublingual. So you put two drops either side of your tongue and it gives you the same efficacy as the eye-drop.

On 7th May we just got a new patent from the US Patent Office which is for the treatment of glaucoma and also myopia, short-sightedness.  Now, 80% of the world’s population suffers at some time from myopia and it’s glasses and so on. When our drug is produced from this, it’s in the developmental stage now, I don’t think the opticians are going to like that because a lot of their business will go. But what is even more important is that myopia leads to glaucoma and glaucoma generally leads to blindness. So it has all these implications.

Of course on the other side with cancer, which you raised earlier, we’re now working with Harvard University to develop a cutting edge medical technology. It is called the drone technology. The drone technology was developed by Harvard. What it does is you load on your drug which we have developed and it goes exactly to the cancer, the tumour, and knocks it out. That’s cutting edge technology. The beauty about this is no side effects because it’s targeted straight to the cancer. We are looking at pancreatic cancer as the first big success story and there’s no cure for pancreatic cancer at this time, not even good treatment.

So, as I said before and I go back to say, we are doing a lot of outstanding things, if I may say that, which will certainly put Jamaica in the forefront of research, development and breakthrough scientific technology.

We are also looking for investors who would like to come on board with us because drug research and development is not cheap. We are looking for partners and collaborators as we go forward. 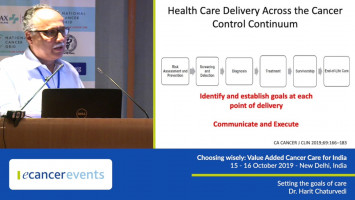 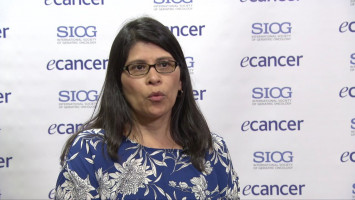 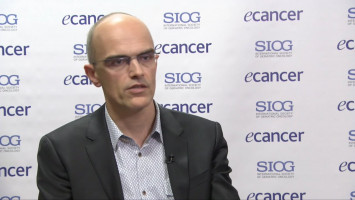