Cancer control in areas of conflict

Prof Richard Sullivan speaks to ecancer at the CCLMIC meeting at the Royal Society of Medicine in London, UK.

He starts by outlining the importance of the meeting, which frames cancer control in the setting of conflict environments, one which is often overlooked when it comes to healthcare.

Prof Sullivan outlines how this is vastly dependant on the country, whether it be ravaged by war, part of a refugee crisis, or suffers from intense drug violence.

We’re here at the Royal Society of Medicine today for an extremely exciting meeting on global health and cancer. It’s the third time we’ve had this meeting and we’re focussing this year on cancer control in fragile and conflict countries and ecosystems. This is a completely new area, something we don’t traditionally think about cancer control in these sorts of countries and systems but the reality is now that we’ve got nearly 53 countries now which are considered to be either fragile or in conflict, that encompasses about 20-30% of the global population. Indeed, the estimates are that’s going to expand. So this is a very new area for cancer control but it’s an increasingly important one when we consider universal health coverage and health for all within the context of cancer control.

What are the main challenges involved?

Implementing national cancer control programmes in conflict and fragile economies is very different depending on where you are in the world. We have some countries, and we’ll be talking about it today, like Mexico which actually have very good cancer centres and a lot of the country is very stable yet it’s surrounded by areas being fought over by drug war issues which means that actually patients are not being looked after in those particular areas. That’s very different from, say, looking at the impact of the Middle Eastern wars, particularly Syria, with the huge influx of refugees and providing cancer care to refugees in the variety of camps in Turkey, Lebanon and Jordan. So today what we’re doing is having to explore what is very different models and pathways of care and getting away from the traditional Western model and Western thinking about what cancer control looks like to developing models and pathways of care which are really fit for purpose on the ground.

Can you outline how some of these models are different?

Developing these new models of care and new pathways of care means developing evidence. So, in other words, evidence for what’s happening to patients, what’s actually available there in terms of the modalities of treatment, pathology, surgery, radiotherapy, medical oncology, chemotherapy, and putting them together in a way that’s cost effective and deliverable within each of these country’s contexts. Which means that you can’t talk about one generic universal model of care for, say, breast cancer; breast cancer care and delivery within the Gaza, within occupied Palestine, is very different from thinking about breast cancer care within refugee camps in Jordan with women from Syria, for example. So one of the things we’re doing today is exploring what sort of evidence base you need, how to go about that and then how you develop those very bespoke cost-effective and equitable models of care.

How important is international collaboration?

One of the most crucial things when we’re talking about building up evidence and delivering better cancer care in fragile and conflict settings is having international collaborations and partnerships. One of the fascinating things coming out of today, of course, is we often think about twinning between a high income country and emerging fragile countries. But today we’re talking an awful lot about what we consider to be South-South collaborations. So, for example, the models of care and experiences of doctors in India have more in common with Zambia and Jordan than, say, for instance the United Kingdom does. So one of the exciting things we’re doing today is asking our questions with these partnerships what are the best partnerships we really should have to deliver these new models of care and also trying to work out how to fund this. How do you persuade overseas development agencies, research councils and others that this is legitimate research and capacity and capability that really needs to be supported and funded because to date the support and funding for these areas has actually been very low. 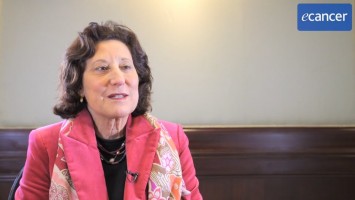 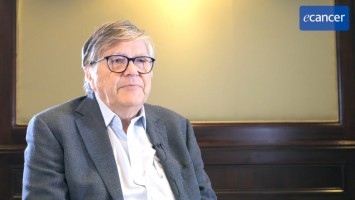 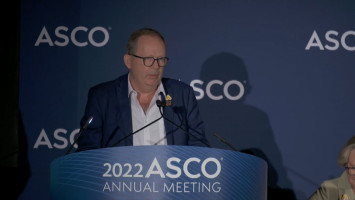