Prof Gray speaks with ecancer at a SABCS 2017 about data from an EBCTCG meta-analysis study.

By increasing the dose intensity of chemotherapy by either shortening the intervals between the cycles or by sequential administration instead of concurrent administration of the drugs, reduced the risk of early-stage breast cancer recurrence and death compared with standard chemotherapy regimens.

We looked at all of the clinical trials addressing a concept called dose intensification, and what that means in simple terms is really cramming chemotherapy drugs in in a shorter interval and so the average dose per week, say, is higher in the dose-intensified chemotherapy. You can do that in several ways. You can just increase the dose of the drugs, but then you have dose-limiting effects, and quite a good way of doing it is just to simply give the drugs every two weeks instead of every three weeks and you give exactly the same drugs, the same doses, just shorter intervals between the cycles. You can manage that these days, or have been able to for the last twenty years, by giving granulocyte colony stimulating factor to recover the blood cells. There have been quite a lot of trials, in fact 10,000 women in seven trials, where the only difference between the chemotherapy has been the schedule, two weekly versus three weekly, and we got the data from all those trials, individual patient data, collected it centrally, a collaboration between all the trialists, and it showed an absolutely definite 15% reduction in recurrence and about a 15% reduction in breast cancer mortality just simply by giving the drugs every two weeks instead of every three weeks.

There are quite a lot of other trials looking at other ways of giving more dose-intense chemotherapy, and you can do it by giving the drugs one after another sequentially, rather than giving them all at the same time, and that also manages to increase the dose intensity. There are also trials where you actually give it two weekly and sequentially, versus standard, concurrent and three weekly. We saw even bigger benefits in those trials. We’ve had a total of 25 trials, 34,000 women, and the results are completely definite proof of the hypothesis that you get better effects in preventing recurrence and preventing breast cancer death by giving more dose-intense chemotherapy.

What were the furthest follow-ups that you’re conducting?

We had quite good follow-up up to about ten years in these trials, not much beyond ten years. We found definite benefits in the first five years and there’s also some benefit after five years. It would be very interesting to follow these trials up for even longer, because the problem with breast cancer, especially oestrogen receptor positive breast cancer, is you have recurrences right out to twenty years. It has a very long natural history and if this more dose-intense chemotherapy is more effective at eradicating those cells that are going to recur very late, then again we might get even more benefit with longer follow-up.

It does strike me as odd that this story is coming out at an age where lots of people are going for dose reduction, trying to tailor things down so you don’t go overboard with some of the therapies that have been applied and not doing too much damage to the patient as well as the cancer. Then it turns out that giving them more chemo cures more cancer. It makes a lot of sense in one regard, but it’s also going the opposite direction to other pared-down attempts.

It’s not actually giving more chemo, because these trials gave exactly the same chemo but just gave it in a shorter interval. Very often with chemotherapy it’s a question of getting the balance of harm from the chemo against the benefits. We found, in fact, that by giving the drugs every two weeks there wasn’t that much extra chemotherapy, I was quite surprised how little extra. We looked at all the publications and the reports showed little extra toxicity. We also looked at how many women died during chemotherapy, it’s very rare but the numbers were very similar in both groups, so it doesn’t look like there’s very much more toxicity. On top of that, if you have your chemotherapy every two weeks, then you get through it faster – four months instead of six months – so there are advantages to women. I think if a woman is going to have chemotherapy anyway, for whatever reason it’s decided chemotherapy is the best option, then you have an opportunity to get your chemotherapy more effective. It’s not a big difference, a 15% reduction in recurrences and death, but conventional chemotherapy can prevent almost a third of deaths giving taxane and anthracycline chemotherapy. If you can then reduce that by another sixth or seventh then you’re preventing almost half of breast cancer deaths by optimal chemotherapy.

Out of the three strategies, were there any indicators of which might be best for any patient subset, or any considerations for bearing of toxicity?

We did look at different types of tumour, different types of women, older, younger, we looked at tumours that had oestrogen receptors, tumours that had HER2 receptors, and we found the proportional reductions were very similar across all of these characteristics. What that means is that the results apply to almost any woman who’s having chemotherapy – that giving her a more dose-intensive schedule is likely to improve its efficacy.

Do you feel like the two week of the intensified schedules are edging up on what you think would be the maximum tolerated dosing scheme?

Obviously the side effects of chemotherapy are not much fun but if you can prevent half of the breast cancer deaths then people will put up with something for four to six months. I think in this case that the benefits, to me, of chemotherapy for many women quite clearly outweigh the risks and the inconvenience.

That covers all of my questions. Is there anything else you’d like to mention?

I should say the research is funded by Cancer Research UK and the Medical Research Council, and their funding has helped run this research. 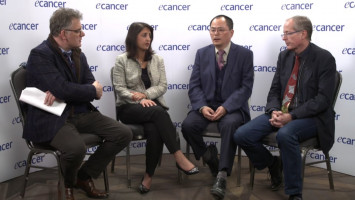