Rationale and recruitment in the PARTNER trial

Dr Jean Abraham met with ecancer at SABCS 2017 to discuss the PARTNER trial establishing the safety of olaparib added to neoadjuvant platinum chemotherapy for women with triple negative and/or mBRCA breast cancer.

She outlines the trial design, eligibility, and patient recruitment so far.

The PARTNER trial is what’s called a neoadjuvant trial, which just means that you give chemotherapy upfront before surgery. It asks the question whether adding a DNA damage repair inhibitor targeted to therapy, called olaparib or Lynparza, to standard chemotherapy containing platinum drugs actually produces a situation where at surgery you’ve got less tumour left, so what we would call pathological complete response, ideally. The overall aim of the trial is to see if adding a new targeted agent gives a better response at surgery.

In terms of patient recruitment, are there any criteria for entry?

How has recruitment gone so far?

Triple-negatives are about 15-20% of breast cancers, and so within just over a year we’ve managed to recruit 108 patients, so pretty good actually. That’s only using 17 centres in the UK so far, and we’re going to open about 30 in the UK, and we’ve got five international hubs that are at some point in trying to open as well.

Any ideas when some data might start coming out?

The trial is split into three stages. Because this is the first time olaparib has been used in the curative setting there was understandable concern that for curative patients we were adding in a targeted therapy in with quite a heavy-going chemo regimen. So we had a safety stage, which was our first stage, which we’ve now completed the recruitment for, so we should now have the analysis results of that by the end of quarter one 2018. That will be interesting, because though I don’t know the results, obviously, but my own patients seem to have done very well, so I’ll be interested to see the results too from around the country.

We’ll keep an ear out for those when they come, then.

Stage 2 is asking the question of when you should give the olaparib, whether you should give the olaparib two days before you start the chemotherapy or whether you should start the olaparib two days after chemotherapy, and we give it for about twelve days. The reason we’re asking that question is that there were some preclinical data that suggest that there might be some difference in effectiveness or toxicity depending on which of those two regimens you use. We’ll have recruited sufficient patients to answer that question probably by about April next year and then we’ll drop one of the research arms and it will be a two-armed study in the final stage. The whole trial would take at least another three years, I think.

And alongside that you mentioned you were running a sequencing trial?

There’s a project that I co-lead with professor Carlos Caldas in Cambridge and it’s funded by our local hospital charity, the Addenbrookes Charitable Trust. It is a whole genome sequencing project; it’s for breast cancer patients of any stage of cancer. At the moment it’s just locally-run and essentially the patient comes to Cambridge, they are informed about the study, we consent them, and then they give us a blood sample and a tumour biopsy sample, and that’s sent to our industry partner, Illumina, for sequencing. That result is then returned to us and our bioinformaticians will analyse it and split it into different tiers. Tier 1 is the cohort of genes that we’re really confident are associated with breast cancer, so those are the results that are fed back to the patient. Those results are received by the patient within twelve weeks of giving their biopsy. Over 80% of our patients have achieved that so far. I think we’ve just had a talk by Serena Nik-Zainal supporting the idea of whole genome sequencing as an important step going forward. I would completely agree with that, actually, for breast cancer.

Between that and olaparib it sounds like you’re edging up on some very cutting-edge personalised medicine trials all coming together at once.

Yes, so we’re seeing what’s a really interesting moment, if you like, where we have patients who have kindly agreed to go into both the PARTNER clinical trial and also into the personalised breast cancer programme. They are fully aware that with the exception of the tier 1 results that they get within twelve weeks a lot of this is altruism, and that they will only receive a certain amount of their personal results. But we have the opportunity to look at their molecular signature as they are being treated on their chemotherapy. The old style way of doing this is you run a trial, you finish the trial, you retrospectively then do all the sequencing. So from the day the first patient went in to the day you get your sequencing results it can take about seven years. Now we are seeing that within twelve weeks. It’s amazing and I think when we have a specific number of patients who’ve gone into PARTNER and personalised breast cancer programme we’ll probably start to look at those in some detail, and get some idea about responders and non-responders.

Quite the exciting future to look forward to then.

Yeah, it’s an interesting place to be.

That covers both the trials, is there anything you can think that we’ve missed, any glaring omissions? 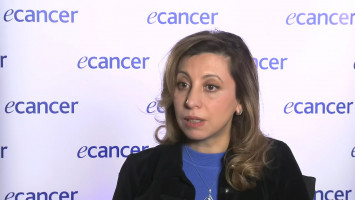