Prof Gerard speaks about recent clinical trials investigating the best programme of concurrent radiotherapy and chemotherapy for the treatment of rectal cancer. Although these trials have had positive results and increased sterilisation rates there were no improvement on sphincter preservation rates. Prof Gerard discusses why sphincter preservation was not affected and suggests how it can be remedied.

Professor Gerard, you’re an expert in gastrointestinal malignancies. Rectal cancer, it’s an excellent model of a multi-disciplinary approach to cancer patients. Which is the latest development in this area?

You are right, the basis of treatment of any cancer at the present time is what we call the multi-disciplinary approach, that means that surgery most of the time, and especially in gastrointestinal cancer, is the main treatment, we have to remove the tumour. But most of the time we combine this surgery with radiotherapy and some chemotherapy, and very often radiotherapy and chemotherapy are given at the same time, we call it concurrent chemoradiation. This is the basis but there are so many complex combinations of all this surgery, radiotherapy and chemotherapy that the only way to know what is really efficient is to work with a methodology called randomised trial which gives strong evidence. Randomised trial means that, with the agreement of the patient, we decided by chance that the patient will receive this combination of treatment or this combination of treatment. At the end, when you include six or seven hundred patients in such randomised trials, you look at the statistical results and you get the evidence. For example, in rectal cancer a German trial, some five years ago, had demonstrated that it was better to give radio and chemotherapy before surgery than after. So everybody agreed that we must give pre-operative radiochemotherapy and the question was what is the best pre-op radiochemotherapy?

Recently we had two randomised trials which can answer this question. The first one is an Italian trial, which you know, it is the STAR trial where they give radiochemotherapy at the same time with the added oxaliplatin. This trial, unfortunately, showed that oxaliplatin was increasing toxicity and diarrhoea and was not improving sterilisation of the obvious specimen. So it can be said that oxaliplatin, in that stage, is not efficient and is getting some toxicity. At the same time in France we made the same kind of randomised trial, we called it ACCORD 12, and in this trial we also gave the oxaliplatin but we increased the dose of radiotherapy from 45 to 50 Gray at the same time. In this trial we had the same kind of toxicity because we had oxaliplatin but we increased the sterilisation rate from 13% to 19%, nearly 20%, which means that there is a dose effect.

So at the present time most countries agree that the standard treatment for this rectal cancer, usually we call them T3/T4, rather large cancers, should be pre-operative radiotherapy, 50 Gray in five weeks and with capecitabine, not any more 5FU, the benefit of capecitabine that you take it by mouth and you don’t need the injection any more. Six weeks later you do the surgery and with that we should have less than 6% of local relapse. It was 13% of local relapse some thirty years ago.

A real problem of rectal malignancies is mutilating surgery. Does this proactive approach increase the probability of sphinctal preservation?

That’s a very important question, especially for the patients who are always afraid to have a permanent stoma during their whole life. Most of the oncologists think that doing this pre-operative chemoradiotherapy will increase the sphincter saving surgery. We demonstrated with all these randomised trials that unfortunately it was not right. When you compare, for example, in the STAR trial the rate of sphincter preservation is 70%, 70% in both arms and it is exactly the same in the ACCORD 12 trial; it was the same in the German trial. So pre-operative radiotherapy and chemotherapy, given as it is at the present time, does not improve the sphincter saving surgery. The question is why? The answer is, and it is proven in the French ACCORD 12 trial, because this regimen is not strong enough to achieve complete clinical response, that means complete disappearance of the tumour when you feel it with your finger, when you look at the tumour with the rectoscopy, before surgery. If there is no complete disappearance the surgeon will not change his approach and will do the amputation. The only way to change this, and it was also shown in the French trial, called Lyons 96 trial, where we now have ten years follow up, is to increase the dose of radiotherapy in the tumour through what we call contact therapy with the Papillon 50 machine, and then we move from 30% to 60% sphincter preservation and, most of all, sometimes organ preservation - we can keep the rectum and no radical surgery.

During this ESTRO conference we’ve seen a lot of new technologies, real high precision radiotherapy. What is the impact of these modern technologies on the approach to the rectal cancer patients? What is the message we can give to the surgeons, to the patients, about toxicity?

Well the message is the same as at the beginning of radiotherapy a century ago. We always aim at giving 100% of the dose in the tumour and 0% in the normal tissue and if we achieve that, we will be very efficient and no toxicity. Modern technology is aiming at that kind of treatment with most of the dose focussed in the tumour and sparing the normal tissue. It is true that what we call 3D conformal therapy, IMRT, image guided radiotherapy, stereotactic radiotherapy, adaptive radiotherapy and all these modern machines like Cyberknife, TomoTherapy, the Vero machine, are able to concentrate the dose to the tumour. It is the same with brachytherapy and with contact therapy so the message is that really there is a big change in technology due to software, computer, robotics and all this technology can change much faster than the biological knowledge impact on the practice. At the end, most of the treatments now are safer and more efficient in most of the situations. For example, a big change is what we used to call palliation; now, when you have a brain metastasis, a liver metastasis, a lung metastasis, you can do surgery but if it is an inoperable patient you can deliver such a high dose with such an accurate ballistic that you will sterilise the tumour and you may cure some patients that were not able to be cured some years ago. So really an improvement in technology is improving the efficiency of the treatment and, most of all, the tolerance of the treatment. 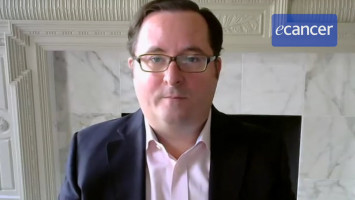 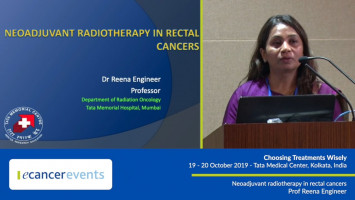 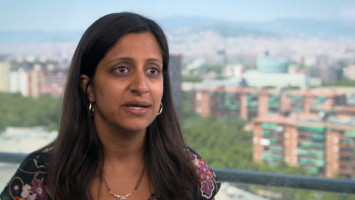 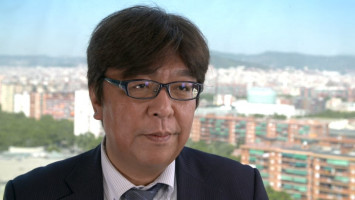 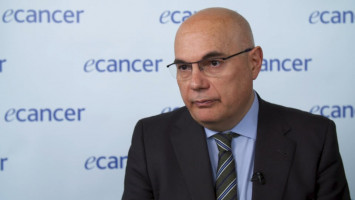 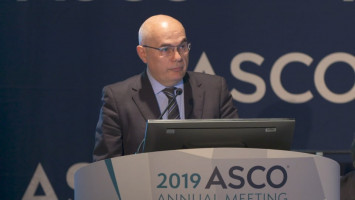