He discusses the development of a biodegradable polymer paste after surgical removal of high-grade gliomas to deliver therapeutic nanoparticles directly around the site of excision.

Preliminary data are promising and show that several standard and investigational therapeutic agents can be delivered using the novel technology.

One of the biggest challenges we face, particularly for delivering chemotherapy drugs to children, is that we are limited by exposure of these what is effectively toxic poisons to healthy parts of the body. So typically chemotherapy is delivered through the bloodstream or taken orally and the idea is that we are trying to get effective therapeutic concentrations to the brain but we are limited by the doses that we can give because of this widespread toxicity to the body. So because of this one of the real opportunities we have is to deliver chemotherapy drugs what’s called locally. So this is at close proximity to the site of the brain tumour, quite often this is immediately after surgery. So we view surgery as a window of opportunity to deliver chemotherapy drugs close to the brain. The second benefit to that is that it, in principle, avoids systemic exposure to healthy parts of the child’s body.

What is the background to interstitial drug delivery? How has it been used to treat brain tumours so far?

Interstitial delivery is one of the very few drug delivery areas where there has been progress in recent decades. So from about the late ‘90s in America there was the first of its kind interstitial drug delivery, it was a wafer that would contain one chemotherapy drug. We looked at that as a rationale for basing our research on so that was evidence of this is a drug delivery avenue that had some benefits. So the idea is that particularly for malignant brain cancers where we know the children, and for adults with these cancers, they almost always have surgery as the first treatment mode. So that’s a window of opportunity for us to deliver something directly into the cavity left behind after removal of the tumour. So that’s where the interstitial refers to directly, in close proximity to the brain where the tumour once was and you’ve got a cavity left behind.

Can you tell us more about the polymer paste that is being developed?

The beginnings for this project were serendipitous and we were quite fortunate. We didn’t really have the expertise in these kinds of fancy biodegradable polymers, it’s just that at the University of Nottingham, near our lab, we were exposed to Professor Kevin Shakesheff’s pharmacy team and they had developed this very fancy polymer in a very different application. It was made to regenerate bone, so it was to help mend broken bones. We looked at it and it was some certain properties of this polymer that our neurosurgical colleagues though were particularly attractive for delivering chemotherapy to the brain. So in principle the polymer is a powder, it’s microparticles, but when you mix chemotherapy in a water solution, you can mix one or two chemotherapy drugs, it forms a paste very much like the consistency of toothpaste or putty. It’s this intermediate property that is particularly attractive for brain cancer drug delivery. So the idea would be that immediately after surgery when the bulk of that tumour has been removed leaving an irregular-shaped cavity or hole behind, that the neurosurgeon would apply this paste to every nook and cranny into that irregular-shaped cavity. The next really neat thing about the polymer is that it only solidifies at the patient’s body temperature within about fifteen minutes. So by the time the surgeon has applied this polymer it will start to solidify and keep the shape to the cavity wall and then, in principle, the chemotherapy will gradually seep out over several weeks and hopefully will diffuse far enough to target those remaining cancer cells.

What evidence that it works has been obtained to date?

We’ve done lots of laboratory and preclinical research just to demonstrate the clinical utility for this. So we’ve shown, using several existing chemotherapy drugs that could be good candidates to deliver locally, we’ve shown that this polymer can gradually release these drugs over several weeks in the laboratory. We’ve also taken a sheep brain, just to mimic the surgery that would be conducted in humans, and then to demonstrate the applicability of this chemotherapy-containing paste. We took that sheep brain and we did various clinical scans that patients would get such as MRI and CT just to show that the polymer would not interfere with those scans so that post-operation the clinicians could still identify any tumours and this polymer that would be in their brains would not interfere. We also took the material and we gave the polymer a six week intensive course of radiotherapy, similar to what patients would receive, just to show that irradiation would not disintegrate the material. So all these pieces of evidence indicate its clinical utility. Now we’re at the stage we’re doing some work, we’ve got mice that have got human brain tumours that are growing under the skin, so it’s a very early test of the effectiveness of our polymer that’s containing a few combinations of chemotherapy agents.

Are there particular drugs that may lend themselves to being delivered via this approach?

Yes, one idea for this kind of a workshop is we’re going to have an open discussion where I would like to invite my colleagues where there are several drugs that may be very effective in the laboratory, just when cancer cells grown in a dish are exposed to those drugs, but when those drugs are taken forward to an animal model or later on to a clinical trial haven’t worked and they haven’t worked either because of the high toxicity to healthy parts of the body or because the drugs haven’t entered the brain. The brain is protected by what’s called a blood-brain barrier and this is an obstacle that often impedes the penetration of drugs. So for this kind of local delivery of interstitial delivery we are particularly attracted to those drugs that could be really, really effective but people have stopped using because it hasn’t got into the brain. Those are the drugs that are really, really good candidates for us to consider for interstitial delivery.

What about the safety and practicalities of the approach in children?

The initial stage of the research we will use drugs that have been delivered systemically for brain cancer research. So the idea is that we will use the same drugs but deliver them better to see if it improves outcome. Beyond that, yes, this is a technology that should be widely applicable for future experimental agents that could be exciting. It’s something that only the clinical trial toxicity data will help us gauge which drugs are safe to use in which combination and which doses.

What further research will you be doing?

Our next step is to go into more clinically relevant animal models. So these would be mice that would have human brain tumours growing in the brain rather than growing under the skin. One idea from this wonderful workshop that Children with Cancer have set up in London is to identify those collaborators, particularly in the United States where this kind of research began, and to collaborate with them and work with our polymer but with their model. Then we can also not just treat the animals with the polymer but also irradiate the animals and basically mimic what the human patients would receive.

The main reason why we are pursuing this as such an important area of research is that particularly for the developing child’s brain systemic chemotherapy is often really, really devastating. So sometimes the treatments we offer to children may improve their survival but it’s at a cost of really significant morbidity and the quality of life. So I think ways to avoid chemotherapy, even in the first instance if it’s to deliver the same drugs, but this would be a way to deliver them much more safely and avoid that systemic toxicity. 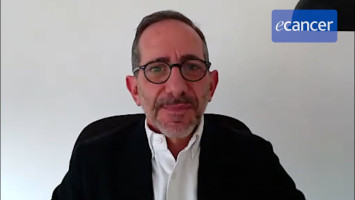