Her new study has revealed the clearest picture yet of precisely how much measurement variation influences gene expression profiles of breast cancer.

The results show, for the first time, which gene expression measurements may benefit from pooling of biopsies from a single tumour.

These findings represent an important step toward allowing doctors to more precisely tailor an individual’s treatment to a detailed analysis of their tumour’s gene expression.

ecancer's filming at IMPAKT has been kindly supported by Amgen through the ECMS Foundation. ecancer is editorially independent and there is no influence over content.


Rosanna, you gave a talk yesterday here in Brussels and it’s about variation within a tumour, genetic variation. Can you tell me what you did in the study - you’ve been studying this, haven’t you?

Yes. We were looking at how much variability is associated with gene expression measurements using a microarray technique. One of the issues is that often when we do gene expression measurements we’re only able to do so with a single measurement, so you’re only making one measurement per tumour and we’re hoping that it’s going to be representative of that one tumour. But, as a lot of people have shown, there is a lot of inter-tumour heterogeneity so depending on the location of where you’re sampling you might get very different results. So in order to study that what we did was we actually took three separate biopsies from each tumour and we compared the results.

And the technique you use can make a difference, though, can’t it as well?

At this conference here in Brussels we’ve been hearing a huge amount about heterogeneity, genetic heterogeneity, and how this can make your treatment quite complex. You need to know about the genes expressed in the cancer tumour. How can doctors go wrong by testing the wrong thing or not testing properly? What have you discovered with your experiment?

What we found was that depending on the gene that you’re interested in, some genes are expressed very uniformly across a cancer and so it really does not make a difference where you’re sampling.

For example, ESR1, the oestrogen receptor, it’s very uniformly expressed. But another really popular gene that people look at is MKI67, Ki67, and a lot of people are aware of the fact that it’s very variable across different areas of the tumour. What we found was that what really helps is if you were to take multiple biopsies and pool the samples together and then profile using that pooled sample it really reduces the variability that you see.

You’re looking specifically at intra-tumoural heterogeneity, you’ve discovered it. Some of that might be caused by different techniques or by the way a particular technique is carried out and the rest, presumably, is caused by real differences at the genetic level. Were you able to estimate that?

It depends on the gene. There are certain genes like the Ki67 where the technique itself introduces a lot of variability and so even when we pooled samples to take multiple samples from different areas of the tumour, there is still a lot of variability that remains because of the variability that’s inherent to the technique. Whereas for something like ESR1 the analytical component, so the actual variability from the technique, is very low to begin with so pooling of the samples really decreases the amount of heterogeneity that comes from the actual intra-tumour heterogeneity and you end up with a really consistent measurement.

What are the practical messages coming out of this that could potentially be applied in day to day medicine?

It’s very important to be aware of what you’re trying to measure and how much variability is associated with that particular gene. For the majority of genes what we found was that if you take multiple biopsies, even two is better than one, taking multiple biopsies will really ensure that you get a consistent measurement which means that you’re really bringing out the signal of what you’re trying to measure so you’re more likely to be able to find meaningful observations.

What message would you like to leave doctors with as a practical message right now?

Be aware of the shortcomings of the assays that you’re performing and basically do all you can to make your measurements reliable and try to get meaningful observations from them.

And you have confirmed that even within one tumour there’s a lot of variability, a lot of heterogeneity?

Again, depending on the gene that you’re interested in but yes.

What are the really difficult ones to look out for, then? You said Ki67.

Ki67 is definitely the big one. What we found was that at least using the microarray technique really there isn’t much that we can do other than improve the technique itself in order to get a good measurement. But then what we also found was that GGI, which is a multi-gene index, genomic grade index, pooling will really help to get a nice measurement for that particular index.

You’re very welcome, thank you for having me. 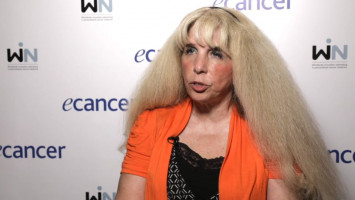