Dr Atanasio Pandiella talks to ecancer at the 2012 ESMO meeting in Vienna about the basis of personalised therapies for cancer and what the future holds for this type of treatment.

In addition, Dr Paniella talks about the impact that this will have on patients through more efficient treatment with less toxicity and minimising relapse.

Technologies that will help in these fields are proteomic and genomic technology that analyse the changes in alterations of the DNA in tumour cells, thus revealing potential targets.

The development of these therapies and technologies faces the challenge of costs and efficiency.

The talk that I was giving today was a kind of educational talk to patients to let them know which are the basis of personalised therapies in cancer and what we expect from the future, from the new technologies that are coming up and that may allow us to do a better profiling of tumour samples from individual patients and, more important, how this could impact in the treatments that these patients may have in the future. We expect that the outcome of a correct personalised therapy would be a more efficient therapy against cancer, a less toxic therapy, we know that anti-tumoural treatments are often quite toxic for patients, and, of course, to minimise relapses of the disease.

What are some of the technologies you covered?

The technologies that are now being developed at the moment are expensive technologies but are less expensive than what they were two or three years ago. Basically we are relying on proteomic and genomic technologies but they are made to analyse the changes that proteins have in cells, in tumoural cells, and genomic technologies that allow us to identify whether there are alterations in the DNA of the tumoural cells that we could use to target cancer cells. So, as I mentioned, those are technologies which are expensive, have been more expensive, way more expensive, than now and we expect that we can put in the bedside for much less cost in the near future. These techniques would probably allow us to define mutations in proteins that we could use to design drugs to fight the role of the proteins that are encoded by the genes that have those mutations.

How practical is personalised medicine in the clinic?

We need to advance in the knowledge of the diseases, for this it’s critical to get access to the patient sample. I can tell you one important example which is breast cancer, which is a quite common disease. In the US one in eight women along their lives are going to develop breast cancer so this is quite a frequent cancer. We know that we cannot treat all the breast cancers in the same way because now, from the pathological point of view and from the clinical point of view, we know that there are three different types which are: hormone sensitive cancers, HER2 positive and what we call triple negative cancer. You cannot treat a triple negative cancer with a drug which is directed against hormone receptors; that drug will be useful in the case of hormone receptor positive patients but not in triple negative breast cancer patients. This pathological classification into three different groups now has exploded, let’s say, into a more complex classification due to the upcoming of new genomic technologies. We know that at least there are five different genomic subtypes, including those that I was mentioning before, but recent, this year, publications now challenge this and are telling us that probably it’s more complex, breast cancer, that we have even up to ten different subtypes that probably have to be treated in different ways. What we have learned about this personalised therapy of breast cancer is that now patients with HER2 positive tumours or with oestrogen receptor positive tumours, if they are treated properly with drugs that target their molecular alterations, they can live more than five years without relapses. More than 80%, at present, of women with breast cancer are alive after five years.

How do we deal with research funding being spread too broadly?

That’s one important issue and I will try to adequately answer this. From the researcher point of view, we have to think about the economy of our research in terms of being able to obtain funding for doing that. In terms of the economy that translates into, “Oh well, this is very expensive, it’s very, very expensive to do personalised medicine,” I would say one thing just to make a reflection on that. Europe spends around €125,000 million per year in cancer therapy so if we invest in research, we do not invest that in research, this is the cost of treating patients with cancer. If we are able, let’s dream about the cure of cancer in the future probably that amount of money will drop dramatically so we would need much less money to treat patients with cancer. So we need to pursue that, we need to go after the cure of cancer and without clinical research we cannot advance. We’ll be spending that amount, or even more, in cancer treatment if we don’t progress into more efficient and also, in the long term, less expensive treatments.

We use less of them because they’re targeted?

Targeted therapy is the future, in my opinion, of cancer. We still don’t know how to use all these molecular techniques to design effective treatments. We need to do much research on that but I think that we are doing important steps. Now the genomes of multiple different cancers are being known, we need to understand how the mutations that accumulate in cancer cells are important for the proliferation of these tumours and, in the future, when we would accumulate that knowledge I expect that taking a sample from a patient and analysing the molecular alterations would be not more than €2-3,000, a whole genome. I think that we are close to that. 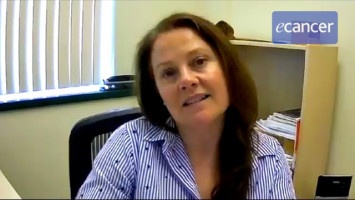 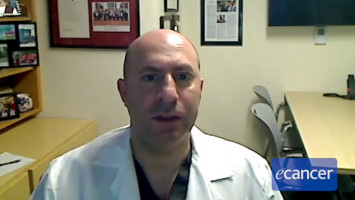 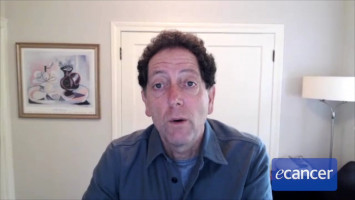