4HBR is a retinoid that has been shown to be highly effective at reducing the risk of breast cancer in patients positive for BRCA 1 or 2 mutations, and is also thought to reduce the risk ovarian cancer in these patients. Dr Bernardo Bonanni talks to ecancer.tv about his phase III trial which evaluates the efficacy of 4HBR in combination with oral contraceptive as a chemoprevention therapy. This trial will involving at least 700 high risk patients and is scheduled to run for five years with a planned follow up period of ten years.

I will be basically talking about one new, very large chemoprevention programme that we have launched recently nationwide in Italy based on the use of a retinoid, in particular 4HBR which is a full retinoid, a synthetic derivative of vitamin A which has been studied for a long time in several studies and was assessed to be very effective in reducing the risk of breast cancer and probably of ovarian cancer too in breast cancer patients. There are a number of studies showing that this is even more effective in cells which are mutated in BRCA1 and BRCA2 genes. So we have recently started this trial in healthy women at very high risk because they are mutation carriers, so a high probability, according to the BRCAPRO assessment tool for example. This is a very challenging trial, phase III placebo controlled. We have around fifteen centres collaborating under the co-ordination of the European Institute of Oncology. This is very important because the data that we hold demonstrates that the retinoid can be able to reduce for at least 40%, probably 50% of risk of breast cancer in these kind of subjects and probably also to reduce the risk of ovarian cancer. At the same time we will counsel the patient to the use of oral contraceptives because oral contraceptives are known to reduce the risk of ovarian cancer and this has been proved also in BRCA mutation carriers. So we will stand here to counsel them and to provide them a very large programme providing possibly a reduction of the risk of both cancers, breast and ovarian, with a combination of the two approaches – full retinoid as an experimental compound, of course, and oral contraceptives at the same time. This is a very large trial, it will last for several years, five years, of treatment and at least ten years of very long follow-up. It’s a very important enterprise and a very important programme because this need to reduce the risk of cancers in these families at high risk are very numerous; we have an increasing number of families at very high risk in our high risk clinic at the European Institute of Oncology and all those similar structures in other institutions across the country.

How many women will take part?

The number of women that we will need ultimately is around 700 and, of course, the enrolment issue is a critical issue for these kinds of trials because including an issue of avoiding pregnancy during treatment because it’s not possible to have experimental treatment along with pregnancy. So it’s very challenging but very important. It will request a very strong effort by this network of centres and maybe it should include also some other centres in foreign countries.

How will the placebo arm work?

I would say that basically you will tell the difference according to the placebo arm because this is a placebo controlled trial so everybody basically will take an oral contraceptive to avoid pregnancy during the treatment and for at least twelve months after the end of treatment in the so-called wash-up period. But the study is placebo controlled so you are having double blind 50% of the participants taking the retinoid and 50% taking a placebo. So you will tell the difference according to this stratification essentially. 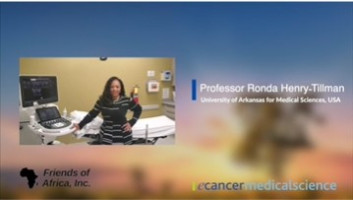 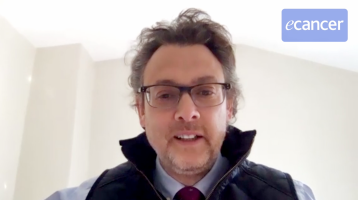