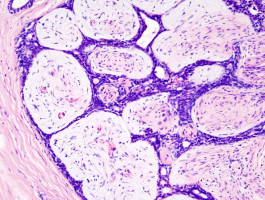 For men with intermediate risk prostate cancer, side effects at two years following radiation therapy (RT) were comparable for extremely-hypofractionated treatment, which was delivered in seven fractions across two and a half weeks, and conventional treatment of 39 fractions across eight weeks, according to research presented at the 58th Annual Meeting of the American Society for Radiation Oncology (ASTRO).

The HYPO-RT-PC trial, a randomised multi-institutional phase III trial in Scandinavia, was designed to assess outcomes from highly accelerated extreme hypofractionation, which is delivered in smaller number of high doses — seven fractions of 6.1 Gy each in this study.

“Randomised trials have confirmed the value of radiation dose escalation for prostate tumours, and the potential benefits of larger radiation doses in fewer fractions, are expected to increase the therapeutic efficacy for men with prostate cancer,” said Anders Widmark, MD, a professor of radiation sciences at Umeå University in Umeå, Sweden and lead author of the study.

Twelve hundred men with intermediate risk prostate cancer were enrolled in the HYPO-RT-PC non-inferiority trial between 2005 and 2015.

Eligible patients presented with tumour stages of T1c to T3a, prostate-specific androgen (PSA) levels of 20 or below, and one or two of three risk factors: stage T3a, a Gleason tumour score of seven or higher, or a PSA level greater than 10.

Androgen deprivation therapy was not allowed among study participants.

Side effects were measured prior to RT start (baseline), at the end of RT, and at three, six, 12, 18 and 24 months following completion of RT.

Median follow-up time from randomisation for the entire patient population was 4.2 years, and findings reflect the 866 patients who reached two-year follow-up at the time of reporting in May 2016.

Impotence at two years post-treatment was reported in 34 percent of both groups, compared to 16 percent among all participants at baseline.

Some modest but statistically significant differences emerged between the accelerated and conventional treatment arms in shorter-term bowel and urinary side effects.

Acute urinary toxicity immediately following treatment was similar for both treatment groups (27.6 percent for E-HF vs. 22.8 percent for C-HF, p = 0.11), although acute bowel toxicity at the end of RT was higher for the accelerated E-HF treatment than for CF (9.4 vs. 5.3 percent; p = 0.023).

Patient-reported bowel function at the end of RT was also significantly worse following E-HF than following CF for seven of 10 symptoms assessed, although these differences dissipated at three and six months follow-up.

At one year post-treatment, patient-reported urinary function was significantly worse among E-HF patients for four of the 14 symptoms measured.

“The trial was designed to have equal late toxicity, so although there were some differences in shorter-term side effects, the results for long-term toxicity were precisely what we hoped to find,” said Dr Widmark.

“Our plan moving forward is to analyse primary endpoint data and present updated toxicity results approximately one year from now.”