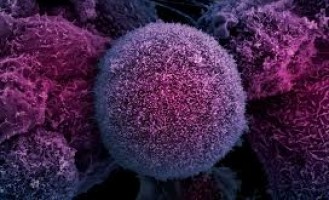 Findings from the multicentre EXTEND trial were presented today at the 2022 American Society for Radiation Oncology (ASTRO) Annual Meeting.

The combination was well-tolerated and lengthened the period men could maintain a break from hormone therapy without progression, suggesting this approach could improve the quality of life for men with advanced prostate cancer.

“We know that radiation technology has evolved to directly target metastases, to reduce side effects and to better treat men with prostate cancer,” said principal investigator Chad Tang, MD, associate professor of radiation oncology. “This study provides much needed data on the benefits of combining these newer radiation techniques with hormone therapy to improve outcomes.”

Metastasis-directed therapy (MDT) involves direct local treatment of metastatic lesions through surgery or radiation, with the goal of killing all cancer cells in that location.

Metastatic prostate cancer generally is treated with systemic therapies, the most common of which is continuous hormone therapy.

Using MDT to treat patients with oligometastatic disease has increased in recent years.

Oligometastatic cancer, which is defined as five or fewer metastases seen on imaging, represents a transitional state between localised and widespread metastatic disease.

The first study showing benefit with definitive local therapy was conducted at MD Anderson and published in 2016.

Since then, there has been substantial research in this area.

However, despite data supporting the benefits of upfront hormone therapy and its synergy with radiation treatment, there have been no randomised trials testing this combination for patients with oligometastatic prostate cancer.

EXTEND is a phase II randomised basket trial for multiple solid tumours testing whether the addition of MDT improves PFS for patients with oligometastatic cancer.

PFS was prespecified to be independently assessed and reported at 41 progression events, which occurred after a median follow-up of 22.1 months.

Hormone therapy consisted of a luteinising hormone-releasing hormone agonist/antagonist with or without a second-generation androgen-receptor targeting agent.

The benefits of MDT were preserved across patients regardless of whether they received a newer generation androgen-blocking agent.

As a secondary endpoint, researchers also monitored the time that men could maintain normal testosterone levels while on their hormone therapy break.

These findings indicate that a strategy of radiation therapy and intermittent hormone therapy can maximise the time a man can safely maintain normal testosterone levels, which can preserve the patient’s quality of life.

The treatment was well-tolerated, with three grade 3 toxicities observed in each arm.

These consisted of impaired muscle motion as well as urinary and gastrointestinal side effects, but all were easily managed.

“This study shows that the combination of metastasis-directed radiation and intermittent hormone therapy significantly improved progression free-survival, with manageable toxicities, for patients with oligometastatic disease,” Tang said. “I am encouraged that this data, combined with knowledge gained in future trials, will allow us to safely preserve a man’s quality of life following this diagnosis.”

Their data demonstrated increases in markers of T cell activation, proliferation and clonal expansion specifically in the combined therapy arm.

Additional research is needed to better understand these findings and to identify biomarkers to predict which men will benefit from this treatment combination.

A large randomised trial is needed to directly compare continuous hormone therapy to scheduled breaks from the treatment.