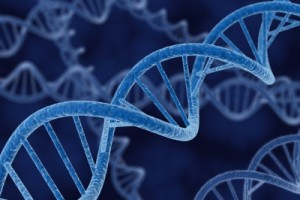 Like the New York City subway system, the DNA in our cells needs to operate around the clock—and it’s in constant need of repair.

In any given cell at any given time, molecular processes are underway to seal cracks in the double helix or proofread the genetic code, all part of a perpetual upkeep programme that maintains the body’s status quo and staves off disease.

And for reasons that have thus far been unclear, their risk for developing highly aggressive head-and-neck tumours is hundreds of times higher than that of other people.

Now, research led by Rockefeller physician-scientist Agata Smogorzewska explains why Fanconi anaemia patients are vulnerable to this cancer, known as head and neck squamous cell carcinoma (HNSCC), and point the way for the development of new treatments.

Published in Nature, the findings also shed new light on the mechanisms by which smoking and drinking may elevate anyone’s cancer risk, and suggest that people in this category might benefit from similar therapeutic approaches.

People born with Fanconi anaemia may suffer from numerous medical problems including bone marrow failure, congenital malformations, and an increased risk of some cancers including HNSCC, with highly metastatic tumours arising in the mucous membranes of the mouth, nose, throat, or oesophaguses.

New cancer treatment approaches are badly needed for this subset of patients, who cannot withstand standard chemotherapy due to their inability to repair DNA.

To understand how Fanconi anaemia might spur the development of these tumours, Smogorzewska’s Laboratory of Genome Maintenance analysed HNSCC tumour tissues isolated from more than 50 Fanconi anaemia patients and compared them with HNSCC tumours sampled from the general population.

Upon sequencing the tumour genomes they found that Fanconi anaemia tumour cells often had genes present in too many or too few copies.

This phenomenon, known as copy-number variation, was previously detected in HNSCC tumours from people without the genetic condition.

Yet the difference between the two groups was meaningful: Fanconi anaemia patients had many more copy-number variations in their tumours than individuals without the disorder.

Smogorzewska says these findings might explain why Fanconi anaemia patients’ HNSCCs tend to be particularly deadly, with patients surviving for only 17 months on average after they’ve been diagnosed.

“You have complete genomic havoc, which simultaneously perturbs many different systems that normally keep our cells from developing into cancers,” she says. “We think that this is one of the reasons for the aggressiveness of these tumours.” Smogorzewska adds that Fanconi anaemia patients might need multi-pronged interventions, and that her team’s findings might point the way to specific drug combinations that could be helpful.

She and her collaborators are now testing such combination therapies using mouse models and patient-derived tumours grown in mice.

The research also suggests that the high copy-number variations result from structural rearrangements in Fanconi anemia patients’ genomes that crop up when cells fail to properly repair aldehyde-damaged DNA during cell division.

The scientists observed that these patients’ tumours frequently displayed such structural variants, with stretches of DNA appearing in the wrong places or being completely lost.

The team also engineered a mouse model of the disease in which tumours lacked one of the Fanconi anaemia genes necessary for the DNA repair.

While performing these experiments, the team got a surprise: the tumours that could not repair DNA grew considerably.

Careful analysis of the tumour cells revealed that they were potentially more mobile, as well—another clue to why Fanconi anaemia patients’ cells are more prone to exit their tissue of origin and metastasise.

Smogorzewska believes that some of those characteristics, which still need to be better understood, could be exploited for the development of new therapeutic approaches to treat cancer patients with Fanconi anaemia.

Things got even more interesting when the researchers asked how the findings from Fanconi anaemia could be used to understand sporadic cancers in the general population.

They retrieved genomic data on sporadic HNSCCs from the Cancer Genome Atlas (TCGA), a vast public database, and showed that these tumours had a gamut of structural-variant numbers in their genomes, as well.

Moreover, there was a correlation between smoking history and the number of structural variants: the more the patients smoked, the more variants were detected in their tumours.

The tumours with the highest numbers also had signs of elevated alcohol exposure—a correlation that means drinking and smoking, which both subject the body to aldehydes, may fuel cancer by similar mechanisms as those at play in Fanconi anaemia, Smogorzewska says.

“We propose that smoking and alcohol consumption leads to HNSCC tumours in part because it creates more aldehyde-related DNA damage than the cells are able to repair,” she says. “As a result, cells from people without Fanconi anaemia act as if they too have a DNA-repair defect, resulting in the same spectrum of mutations.”

Smogorzewska also stresses that these studies could have not been done without collaborations with Fanconi anaemia patients, their families, numerous physicians, and the many researchers who collected, sequenced, and analysed the complex genomes of the patients’ tumours.

“Patient involvement in research studies, collaborations, and the support from many foundations have allowed us to make fundamental discoveries that change how we think about head and neck cancer, and how we might prevent or treat it in the future,” she says.