Published: 2 Jun 2011
Views: 6397
Rating:
Save
Prof Michael Marberger - Medical University of Vienna, Austria
Some of the most important decisions facing renal oncology surgeons are whether to remove the entire kidney or whether to do a partial nephrectomy, when is open surgery more appropriate than laparoscopic surgery or robot assisted laparoscopic surgery and can less invasive energy ablative techniques be used for slow growing small tumours. Prof Michael Marberger discusses these points, weighs up the pros and cons of laparoscopic surgery against those of open surgery, explains why open surgery is still necessary to treat many types of kidney cancer and explains when it is better not to operate on a patient at all.

What’s the state of play for kidney cancer surgery?

Well I would say the hot topics right now are: number one, whether we remove the entire kidney or do a partial nephrectomy; number two, whether this is done by open surgery or laparoscopically or robot assisted laparoscopically and the third is whether we can use less invasive energy ablative techniques or even active surveillance for the treatment of fairly slow growing, small tumours.

The decision is fairly clear now. It has been quite clearly shown that, at least for a T1A and probably also T1B tumours, partial nephrectomy is equally effective in tumour control as complete nephrectomy but the big advantage is sparing nephrons which, in the long run, helps the patient a lot because as he gets older his renal function will deteriorate anyhow, and he just saves kidney function.

For nephrectomy the standard of care today is without laparoscopic nephrectomy. This excludes, at the present time even though it can be done laparoscopically, extremely large tumours larger than 10cm in diameter, but especially tumours with invasion of the renal vein and the vena cava which require fairly elaborate vascular surgery, maybe even cardiac surgery. So this is still where open surgery has a role.

What are the benefits of robotic surgery?

Well you have to see robotic and laparoscopic surgery as one side, and open surgery on the other side. The advantage of laparoscopic, and that includes robotic, is that there is no big muscle splitting incision which causes pain, especially for renal surgery. The disadvantage is that it is sort of a keyhole surgery but this is being mastered and the big advantage of the robot is that you get 6-7 degrees of freedom which makes it easier for the less experienced laparoscopic surgeon to be effective. The disadvantage is a huge amount of machinery and cost. The big problem is that no matter whether you do laparoscopic or robot surgery, you still have to get the tumour out and so there must be some sort of incision which can be minimised, and it is smaller than with standard open surgery.

The big problems of laparoscopic, whether this is robot or standard laparoscopic surgery, is that usually because of the high perfusion of the kidney, the renal pedicle has to be clamped and normothermic ischaemia is a major damaging factor for the kidney and it is at times a big factor there. That’s a real disadvantage of the laparoscopic approach because one is faster with doing the surgery by robot assistance, this is an advantage of the robot, but overall all laparoscopic techniques have a problem with warm ischaemia time.

More smaller tumours are being identified?

Well the number of small tumours, the T1A tumours, which are tumours smaller than 4cm in diameter, is up to 50% of the entire renal cell cancer population that’s coming to diagnosis today, and it has grown almost 10 fold especially in the elderly population. These are very small tumours; about one fifth of them are B9 tumours that do not need to be treated and the rest are renal cell cancers, but they tend to grow fairly slowly. Only about another fifth of these 80% of renal cell cancers are aggressive, so if the patient is very old, very infirm, one of the emerging treatment options is just watching and active surveillance.

How can you tell if a tumour is benign?

Basically only if you biopsy it.

What do you suggest for these patients?

The proposal today is in someone who is firm, young, in good shape, is to take it out because, even with biopsy, there is a slight risk of not having the correct diagnosis and even some of the B9 tumours may cause problems. But in an elderly, infirm patient, I have already defined elderly and infirm, and I would say someone about 75, and very many patients like that with a small tumour below 3cm in diameter, active surveillance is a good idea. However, we would always biopsy them first because if it is a B9 tumour we save them a lot of trouble. 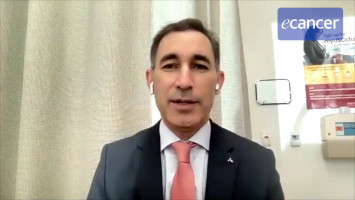 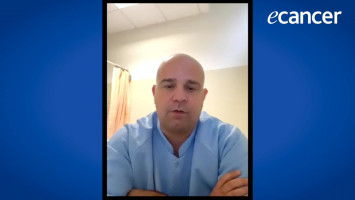 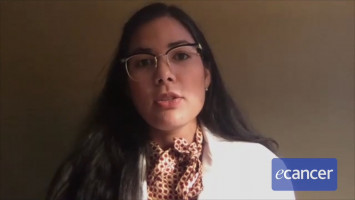 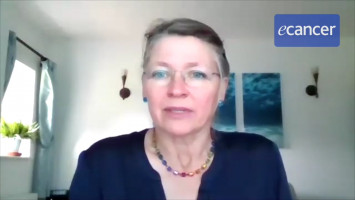