Prof Rowan Chlebowski speaks to ecancer at the 2019 San Antonio Breast Cancer Symposium about the influence of oestrogen plus progestin compared with oestrogen alone use on the incidence of breast cancer.

He outlines the design of this study, which uses data from two randomised, prospective clinical trials. These trials assessed equine oestrogens (CEE) plus medroxy progesterone acetate (MPA) versus CEE alone or placebo in post-menopausal women with breast cancer after a median follow up of 19.2 years.

In light of these main findings, he believes these results should impact current guidelines, risk-reduction strategies and ultimately treatment.

Read more about the study here

The background is that menopausal hormone therapy has been used by millions of women around the world. The use decreased in 2004 but it’s still used by many women. It was introduced in US clinical practice in 1942 and still controversy remains what menopausal hormone therapy does to breast cancer incidence and deaths from breast cancer. Most recently there are two articles in The Lancet from a meta-analysis of 58 observational studies and the Million Women study, both of which found that oestrogen plus progesterone increases breast cancer incidence and deaths from breast cancer while oestrogen did the same thing. So against that background we’re presenting updated findings from two randomised trials conducted in the Women’s Health Initiative.

These two trials run in parallel, separate trials, were randomised placebo controlled prospective clinical trials involving women between the ages of 50 and 79 years of age, so it’s a prevention trial. Women had no prior breast cancer history, had a normal mammogram before entry. Interestingly, the primary monitoring endpoint for benefit was cardiovascular disease and the primary monitoring endpoint for harm was breast cancer because that was the expectation when the study started. The first study would be oestrogen plus progesterone versus placebo in over 16,000 women randomised and they received medroxy progesterone acetate or conjugated equine oestrogens or placebo. These women required the Progestin because they had intact uterus to mitigate endometrial cancer risk. The second trial was exactly the same design but this was for women with prior hysterectomy and they were randomised to oestrogen alone or placebo. The interventions ran for 7.2 years in the oestrogen alone arm and for 5.6 years in the combined therapy arm. Now we’re reporting findings after 19.2 years median follow-up, so almost two decades of follow-up.

By study design this was a contract so we had designed numbers of participants in each group. Somewhat over 20% of the women were between the ages of 70 and 79 years of age then the women 60 to 69 were the majority and there was another maybe 25% or so which were between the ages of 50 and 59. The reason such a range was taken was the concept at the time was that maybe everybody should be taking these hormones for chronic disease risk reduction so we wanted to start with the age range so we could tell each age group whether it would be worthwhile to continue the medication. We had a racial, ethnic distribution which mirrored the US population at that time so we had more African Americans than in most clinical trials. Of course, we were initiating the trial at a time when no prevention trial or therapy trial were entering women over 65 years of age.

The surprising thing is how taking a therapy for a short period of time causes this prolonged effect. We kind of know that because we have a carryover fact which is well known for Tamoxifen and aromatase inhibitors. So that maybe shouldn’t be too surprising if we’re working in the same area, that is trying to manipulate hormones that you would get the same result. But, of course, nobody predicted that, as you can see when the study was designed the expectation was that both agents would cause an increase in breast cancer and that agreed with the old observations and even the prospective cohort studies which are more recently done.

I think there should be. The idea is that the ASCO guidelines on breast cancer risk reduction were recently updated just a few months ago and so I don’t think they want to go right back and look at them. But there will be some thought about how to fit these in and how to reconcile those two disparate findings. Women who were similar to the women that we entered, which would be largely women who were older, weren’t entered at the time of menopause because there’s a concept that our women were further from menopause when they entered, as compared to most women who are getting it in a clinical practice setting. So that was one contributing factor but when we analysed the whole group then time from menopause was not a significant interaction. So there’s something else that’s going on.

So if we get a little bit more information on the guiding mechanisms. One of the persons I talked to this morning said she just had a grant rejected. They were trying to do menopausal therapy and the reviewer said, ‘It’s too dangerous. You can’t give oestrogen alone to postmenopausal women.’ So we’re in a transition area now.

What are the next steps for the study?

It’s really very important because who is right would determine a lot of things in terms of how you go forward in terms of risk reduction strategies, in terms of basic science and even cancer treatment. I’m a breast oncologist so that’s my major issue. But one thing is that we have baseline bloods and DNA and one year bloods and three year bloods on everybody so studies looking at possible mediating mechanisms, what exactly these two therapies do to circulating levels of hormones and other factors, because hormones are supposed to be anti-inflammatory. So there are a number of hypotheses that will be under evaluation. The stronger biological basis we can make for the findings the more likely they are to be integrated into plans. But, to me, where the guidelines don’t incorporate this, and this is new information, but the guidelines don’t incorporate something like this or don’t incorporate lifestyle where we had a randomised trial which also showed dietary modification reduced deaths from breast cancer, which I presented at ASCO, this last ASCO, it’s the same kind of thing where maybe a concept of what’s a risk reduction intervention could be run. 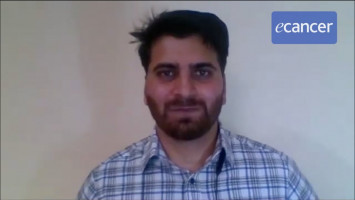