Published: 10 Mar 2011
Views: 6529
Rating:
Save
Dr Cesare Gridelli - S.G. Moscati Hospital, Avellino, Italy
Dr Cesare Gridelli talks about maintenance treatment with targeted therapies for EGFR mutated non-small cell lung cancer patients and discusses a number of drugs which could potentially be effective maintenance treatments. These drugs include the TKI inhibitors erlotinib and gefitinib, the monoclonal antibody cetuximab and VEGFR inhibitors such as bevacizumab. Dr Gridelli talks about the toxicity profiles and explains how the most effective treatment will vary depending on the patient.

Professor Cesare Gridelli, you’re discussing, here at the Lugano meeting, the European Conference in Thoracic Oncology, maintenance therapy and specifically the use of targeted therapies; you are also looking at first line therapy in EGFR mutated patients with lung cancer, non-small cell lung cancer. First of all, tell me - what is the big progress in this area, discussing maintenance first of all.

Yes. For patients that have a particular mutation, that is a genetic alteration, mutation of  EGFR, epidermal growth factor receptor, we have evidence that some kinds of drugs, EGFR inhibitors, small molecules  mainly gefitinib or erlotinib, we have a very high response rate, progression free survival, better results as compared to chemotherapy. The question is we could use chemotherapy as a first approach and then we could use this kind of drug subsequently after one failed chemotherapy. But we know that when we have some comparative randomised trial when we use first targeted therapy, an EGFR inhibitor as the first treatment approach, we have a greater advantage, superiority, as compared to chemo in terms of regression, response rate, progression free survival, quality of life and toxicity profile.

So if you had already used a small molecule TKI in your first line therapy, then that implies that you should continue to use the same small molecule as maintenance?

Yes, until the patients progress, clearly. But when the drug works we continue to use it until that patient has disease progression. Then we can change and administer chemotherapy.

Now this is among patients with advanced non-small cell lung cancer. You discussed erlotinib and gefitinib, how do you make the choice between those two small molecule agents?

To date we have that gefitinib is the first drug approved from the European authority agency, EMEA, and now we have data that other drugs are  similar. A very interesting drug, erlotinib, probably in the next month will be approved too.. But probably they are two similar drugs and both efficacious in this kind of disease.

If you are targeting the epidermal growth factor receptor then you could also, presumably, go with cituximab, a monoclonal antibody?

Yes. It’s a different approach, it’s not a small molecule but a monoclonal antibody and it’s a different mechanism of action. But today the drug is not approved yet due to some problems from the regulatory agency but probably there is renewed interest because the data from clinical trials showed that when we can use immunohistochemistry to check for high EGFR expression, , the drug works better.

So if you have an EGFR receptor mutation you can go initially with a small molecule, quite possibly with a monoclonal directed to EGFR, and you continue with maintenance, probably, too?

Now is there a case for looking also at vascular eendotheliall growth factor and does that have implications for therapy?

Angiogenesis is one of the main mechanisms through which tumours grow and proliferate and metastasise so we need to target angiogenesis, the neo-angiogenesis of tumour growth and in this case we have not only one drug… We have several drugs investigated in the years and now we are investigating other drugsToday the only approved one is bevacizumab, that is a targeted monoclonal antibody that targets particularly the VEGF. And that is shown to improve survival when combined with chemotherapy as compared to chemotherapy alone.

Now does the same thing apply there, that if bevacizumab worked in first line therapy you would continue with that molecular agent in maintenance?

Yes, it could be a proposal. We know that there is a trial that showed that when using bevacizumab combined with chemotherapy as a first line approach then you can either do maintenance with erlotinib with a different target,, or continue bevacizumab and adding erlotinib. We have better results as compared to bevacizumab alone as a maintenance treatment.

There is an assumption that molecular therapies have lower toxicity compared with chemotherapy, but are there patients who would be better off on chemotherapy for maintenance?

Today we can use erlotinib that is better tolerated as compared when we use the same drug in the second or third line setting, probably because the patient is in better clinical condition. We have a very low toxicity profile with erlotinib maintenance but we also have pemetrexed that is a chemotherapy agent that now is used as maintenance treatment, as chemo, and under investigation in different settings and this is with a very low toxicity profile.

Let me ask you, though, about which patients should have maintenance therapy? Do they need to have the disease fully controlled or can it be just stable disease?

Yes, we know that the better results have been obtained when the patient achieves a stable disease after chemotherapy as compared to patients that respond to chemo. So we have analysed some kinds of factors and the most important in the stable disease we know that maintenance with erlotinib and even with pemetrexed works better. This is the first point.

So could you sum up what you’ve been able to learn about the use of maintenance because it still isn’t obvious that maintenance will be beneficial, or is it?

Yes, the problem that we have, we know that we have a small advantage, as compared with the non-maintenance. But from it we know that the history of cancer treatment is based on  small improvements, piece by piece, and what we see, probably, is another piece of evidence and another strategy with which we can optimise our treatment.

Nevertheless, even the molecular therapies do have toxicities, some of them may not be life threatening but they could cause a reduction in quality of life. What’s your advice there to doctors?

So from what you’re saying, all molecular therapies are not equal?

What’s the bottom line coming out of this conference here in Lugano, in your opinion, about the use of maintenance therapy in advanced non-small cell lung cancer?

I think that at the end of the day, the message that maintenance treatment is a new approach that gives a small but significant improvement in terms of survival for our patients. The criticism is that we have a small advantage but, as I said before, we know that history is a step by step improvement in the results.

Cesare, it’s been a pleasure talking with you here on ecancer.tv and we’ll listen and look out with great interest for further developments.

OK, thank you very much. 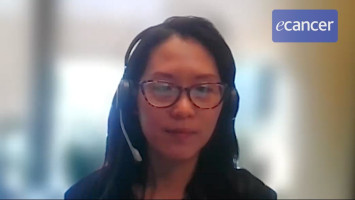 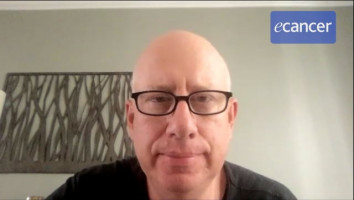