Prof Peter Voorhees speaks to ecancer at the 2019 International Myeloma Workshop meeting in Boston about the GRIFFIN Phase II study.

He explains that the study is adding daratumumab to the existing regimen of lenalidomide, bortezomib and dexamethasone for transplant-eligible newly diagnosed multiple myeloma patients.

Prof Voorhees says the study has found that adding daratumumab to this combination is not only safe, but improves depth of response - but it is too early to say how this might translate into improvements in progression-free survival.

We presented on the GRIFFIN study here at IMW 2019. GRIFFIN is a randomised phase II study looking at incorporation of daratumumab into the lenalidomide bortezomib dexamethasone backbone for patients with transplant eligible multiple myeloma newly diagnosed. Last year at ASH we presented on the 16 patient safety run-in of the GRIFFIN trial and what we have showed at that point was that the addition of daratumumab into the RVD backbone in the transplant patient population was safe, didn’t seem to have any clear impact on stem cell mobilisation and engraftment and we saw very promising early responses in that particular group of patients.

So the phase II portion of the study is a randomised phase II study where patients got four cycles of RVD, they then went on to stem cell mobilisation and collection with GCSF with or without plerixafor, they underwent a single high dose melphalan stem cell transplant. After recovery they got two cycles of RVD consolidation and then they went on to lenalidomide maintenance for two years although they were allowed to continue beyond that if they were tolerating therapy and continuing to respond. In the daratumumab arm of the trial they got daratumumab throughout the duration of that whole treatment spectrum. So in the induction phase they got weekly dosing of daratumumab for those first four cycles of RVD, in the consolidation phase after transplant they got daratumumab on just day one of the cycle and then with the maintenance potion of the trial they got once every four week daratumumab dosing. The primary endpoint, we wanted an early readout, so the primary endpoint was stringent complete response after completion of consolidation post-transplant. Important secondary endpoints included MRD negativity, overall response rate, the breakdown of the responses and obviously we’re very interested in progression free and overall survival as well as safety.

Importantly, in the randomised phase II portion of the trial we did meet our primary endpoint of stringent complete response. What we saw is that the stringent complete response rate after completion of consolidation therapy was 42.4% for those that got daratumumab and it was 32% for those in the standard RVD arm. When you look at overall response rate 99% of the patients in the daratumumab RVD arm responded to therapy and whether you look at it as CRs are better, VGPRs are better, the daratumumab portion outperformed the standard of care arm. That also pertains to whether you are looking at the end of induction, post-transplant, post-consolidation, at any point.

Importantly, we looked at MRD as well and what we saw there is that at the end of consolidation again the MRD negative rate measured at the 10-5 level of sensitivity was 44.2% in contrast to 14.6% for those in the RVD arm in the trial.  If you looked at patients who are in complete response and MRD negative, similarly a clear advantage to the daratumumab arm. There was some dropout in the RVD arm during the induction portion of the trial, probably mostly due to suboptimal responses, so we wanted to look at the MRD negative rates for those patients that went on to stem cell transplant and did not pull out of the trial. When you look at it that way as well, there still is a very clear advantage as far as the proportion of patients achieving MRD negativity in the daratumumab arm of the trial.

We were also interested in stem cell mobilisation and engraftments, so CD38 is expressed on myeloid precursor cells. We know that lenalidomide can have some impact on stem cell mobilisation when it’s used for a prolonged period of time in the induction phase so we’re very interested in the ability to mobilise stem cells as well as stem cell engraftment. What we found there is that the median number of CD34 cells per kilo that were collected in the daratumumab arm was approximately 8x106 CD34 cells per kilo. In the RVD arm it was a little over 9x106 so there was a little bit of a numerical difference there but there was not a clinically significant difference in the numbers of cells collected between the two arms of the study. We did have to use more plerixafor in the daratumumab arm compared to the RVD arm. When you look at the time to neutrophil engraftment, time to platelet engraftment, it was virtually the same in both arms.

So what we’ve basically shown at this point is that adding daratumumab to RVD in a transplant context is safe, it doesn’t have any clinically meaningful impact on stem cell mobilisation or engraftment. We’re seeing clear evidence of better depth of response. At this point it will be very important to see if that increased depth of response is sustained over the course of time and how that will translate into improvement with regards to progression free survival. 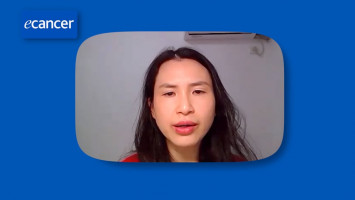 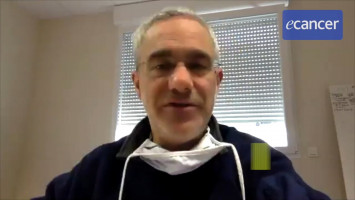 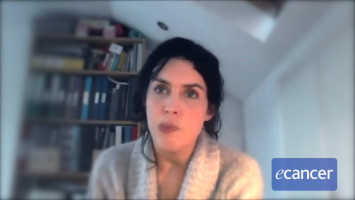 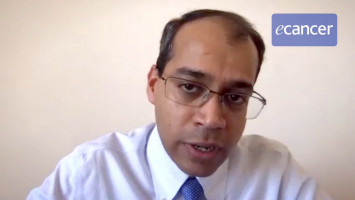 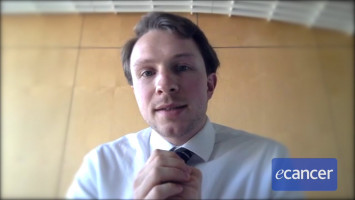