Shaw emphasises many times that there needs to be a line drawn between medicinal cannabis and recreational cannabis. This has historically brought many issues throughout the world, and from his experience in Jamaica, he knows that medicinal cannabis can be a very beneficial asset to the medical world.

He goes into some more detail about how to break down stereotypes surrounding cannabis, and how to move into sensible discussions about driving this industry.

I’m here in part because of my responsibility for the cannabis sector in terms of the licensing procedures. So we are particularly focussed at this conference on the whole areas of plant medicine with a particular emphasis on cannabis which, of course, as you know, is an emerging industry globally. Jamaica itself has had a rich history of what we’ve called ganja and now we’ve reached a point where the emphasis globally is on medicinal cannabis. We want to now make that major change, join the world in the promotion of medicinal cannabis from Jamaica for which, of course, there are a number of challenges, especially for developing countries like Jamaica. The most significant of which, and I want to say it right now, it’s in my speech tomorrow but I think it’s that important that I place it on the table up front, that there needs to be a demarcation, a line drawn, between medicinal cannabis and recreational cannabis. The United States government has in fact a problem with allowing the cannabis industry because of their rules in terms of correspondent banking. That has become a major problem for Jamaica and I’m joining with the lobbyists, including 31 governors of states of the United States, that have asked President Trump to allow for correspondent banking in relation to medicinal cannabis. I want to just stress that if the government of the United States has a problem with the recreational side then draw a line and start by allowing correspondent banking for medicinal cannabis. Once you have an established, internationally acceptable standard of licensing and monitoring and have that procedure in place then by all means create that formal financial architecture so that countries like Jamaica can benefit from this important and fast-moving industry.

How do we put across the case for medicinal marijuana?

In fact, that’s one of the reasons we’re at this conference and I really want to commend Harvard University here at the Dana Farber Cancer Institute for the promotion of this particular sector. We in Jamaica are also fortunate to have luminaries like Dr Henry Lowe who is here with us. He is one of the pioneers in Jamaica. In fact, they had come up with an initial product called Canasol in Jamaica and now they’re working with another company to create other cannabis-based products for the treatment of cancer, among other things.

So the world is now discovering that it wasn’t all bad news having to do with cannabis like the smoking of it and people getting high and so on. Now it is being discovered that cannabis has literally hundreds of applications and possibilities that are medicinal in nature.

Are there certain stereotypes we need to break down?

How is the movement from recreational to medicinal cannabis being leveraged in Jamaica?

An excellent question. This allows for partnerships between companies, many of them are from the United States and Canada, Europe, that in fact have the technology pretty well developed for the conversion of the cannabis into medicines of all types. So at the initial stages we enter those partnerships. We will start by supplying raw materials like barrels of extracted oils, resins and the actual buds themselves. Then later on as these partnerships develop we can then add increased steps up the value chain in Jamaica where we benefit more from the total value to the end medicinal products.

But I think your question also allows me to say that some of our traditional small farmers that have grown ganja illegally, we’re now setting up what we call an alternative development programme that will allow them to have partnerships with large exporters in what we call a mother farm concept where we share technology with them and say to them, ‘Okay, grow your ganja or your cannabis, these are the standards, and we’ll purchase them from you as raw materials for the medicinal cannabis industry.’ So we are designing a programme that our small farmers will not be left out of this opportunity.

How are you pushing this move?

This is moving, in my view, not fast enough and this is part of why I’m at this conference. Because I want to see the best practices that are being used so we can accelerate our own internal processes. Because right now there is no shortage of interest. We have over 600 applications, licence applications, from over 240 actual potential growers and exporters, for which we’ve already granted about 40 licences. But we have to speed up the process. So our export regulations are now in place that we can formally begin to export and our Ministry of Health is also involved where there are applications for end products, for finished products. But, as I said before, while that process is underway, which is obviously much more technical and detailed in its process, we can start by literally exporting 50 gallon drums of extracted high quality Jamaican cannabis oil.

Are there collaborations between the ministries in Jamaica to help push this forward?

In fact we have a ganja subcommittee of Cabinet in Jamaica where we focus on that in these various sectors. We work closely with the Ministry of Health as well in terms of their specific areas of responsibility that they have. They stress that the licensing process is in my Ministry of Agriculture, among other things.

As I said, I’m stressing because I’m here and I want to thank Dr Henry Lowe for having engineered my invitation to be here. This is, for us, a new area; it’s like building a bicycle and riding it at the same time. But I’ve started out the interview and I want to end it by stressing my urgent plea to the government of the United States and directly to President Trump. I’m asking you, sir, let us take a careful look at the formal international medicinal cannabis industry. We need to have a financial architecture that supports the legitimate growth of that industry. 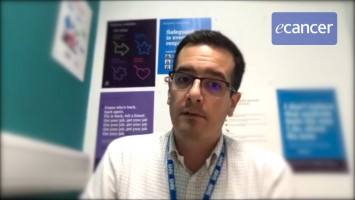