Prof Wolfgang Grisold speaks to ecancer at the 2019 MyKE Myeloma meeting in Barcelona about the relationship between neuropathy and multiple myeloma.

He describes a case study, in which the appearance of neuropathy could be related to the occurrence of MGUS or paraproteinemia. However, other causes of neuropathy, such as diabetes should be excluded.

To investigate this, Prof Grisold recommends that these patients should be assessed by a neurologist and complete a self questionnaire. A 10-gram monofilament test and use of a vibration tuning fork should also be carried out.

He also discusses the different therapy options for patients with different types of myeloma.

Prof Grisold mentions that these patients should be managed in a multi-disciplinary way, especially with the involvement of a neurologist to assess these symptoms.

I was presenting a case; I was asked to discuss neurologically a case of a patient, a 60 year old woman, who developed painful neuropathy, not very severe but obviously painful and was treated and within one year myeloma was diagnosed. The question was is this related to myeloma, what examination should be done, what needs to be done? The summary of my appreciation of the case is that this neuropathy appearing about one year before the diagnosis could have been a chance because we know that in patients over 50-60 we also have neuropathies up to 40% which we do not know. However, we know that out of those 40% maybe 8-10% are related to MGUS or to paraproteinemia.

Then I explained that we have several… that neuropathies have a different profile, whether it’s IgM, IgA or IgG, and this case was an IgA paraproteinemia so the chance that it was a severe neuropathy coming from myeloma is not big but it has a certain percentage of neuropathies. Then, of course, I explained that it’s very important before you conclude it could be related to the disease you need to exclude other kinds of neuropathies in that age group which could be diabetes, which could be previous therapies, not only cancer but also like, say, tuberculostatic treatment or anti-rheumatic treatment can cause neuropathies. Once you’ve excluded that I recommended that the patient should be investigated by a neurologist and I also recommended that also for oncologists it may be useful if they see their patients often, three things would be useful. One would be to have a patient self-evaluation questionnaire which goes to things like ‘I have numb fingers. I have pain in the feet. I have trouble walking.’ There are such questionnaires and patients can do that without the help of the doctor and just present this for it. The other thing is for the examination I recommended the 10g filaments. These are little plastic threads and when you press them on the skin they bend once you have reached 10g. They could be also 20g but 10g has been approved for diabetic neuropathy and they have found that if patients feel these 10g on the feet they have no risk for pressure sores. However, if they don’t feel it you have to be careful. Then I also suggested that the vibration tuning fork would be good to use, also because you can calibrate and then you can compare the disease.

Then I was asked to speak about therapy and for this very case, for the IgA neuropathy and for most external forms there is no specific therapy except symptomatic therapy. However, there are some types of neuropathies like the IgM related MAG type which is related with IgM paraprotein and there may be also chronic inflammatory demyelinating disease that’s called CIDP type. These are far worse cases, they need specific treatment like immunoglobulin, plasmapheresis. To discriminate in the beginning I suggest also that a nerve conduction should be done, a very simple nerve conduction just to discriminate whether it’s an axonal type or a demyelinating type which can be good to place the context of the disease.

I was also asked by the faculty what my opinion is about nerve biopsy and I said it’s usually not necessary and it’s quite a big thing to do. If you do it you need specialists to do it and it’s only valid if you suspect amyloidosis because then you need to prove what you have.

Then I moved over to therapy and symptomatic therapy could be pain therapy and I was just going through the presently used drugs against neuropathic pain which are anticonvulsants, some antidepressants, opioids in severe cases and also, increasingly, surface therapies like lidocaine patches or capsaicin in more severe cases. Then I also presented a list of drugs that are under investigation and we do not know. I pointed out that cannabinoids are asked for by every patient. They say, ‘I’ve seen on the internet you showed that…’ So we don’t have approval for that; at the moment there is no study to convince me that I should prescribe cannabinoids for pain.

Then equally important is, of course, physiotherapy. I tried to point out that physiotherapy is not targeted to gain muscle strength and make patients strong but to take care of the balance because sensory dysfunction usually produces imbalance and patients have some trouble with gait or in the worst case they may fall. So this physiotherapy should be directed against balance and coordination if needed. Then I also said if there was trouble with the feet or with severe sensory symptoms the shoes should be inspected and also a podiatrist should be involved.

Thirdly, what I always tell my patients, if they have some severe or more severe neuropathy they should adapt their home. Carpets should not be in the way when they walk to the bathroom or they should have something to hold on if it’s dark that they don’t stumble and fall. The prevention of falls is one of the most important things, in particular in elderly people.

What is involved in the process of classifying a patient as either IgM or IgA and why is this important?

The paraprotein develops according to the type of malignancy and some of those cells secrete a monoclonal IgM which is one protein which is well characterised, some do IgA and some do IgG and there are also some light chain variants. So this is really given by nature what kind of paraprotein appears but for us as neurologists we know, or we have enough studies saying, that in IgM you have a high risk of antibodies involved and a more severe neuropathy, in the others there is but it’s less risky. That’s good to advise our patients and also to advise our partners, the oncologists.

I would say as neurologists we are impressed by the scientific approach and by the many advances that are done in myeloma and in paraproteinemia and I think we can learn a lot. We also are impressed that some of the drugs have side effects and that’s interesting for us too so we are in a constant process of learning and seeing what kind of side effects there are and how they work. So never forget to ask us for our opinion.

I did not mention this but I mentioned in my talk, of course, sensory symptoms in the field must be always looked at with caution because it can also be something else – it can be the beginning of a spinal cord compression with myeloma, it can be also some vertebral problem, it can be a different type of neuropathy. So if the patient comes to you and complains of neuropathy symptoms in the beginning always make sure to ask a neurologist in case of doubt what to do.

Finally, I think the credo is that neuro-oncology is a very multidisciplinary and multi-professional work and we neurologists are happy to participate. It’s so important that we acknowledge each other and work together for the patients. 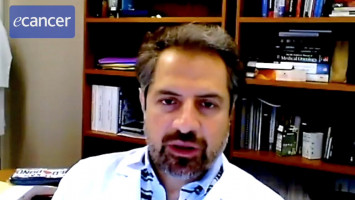 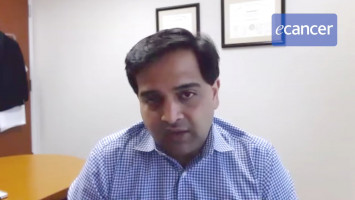 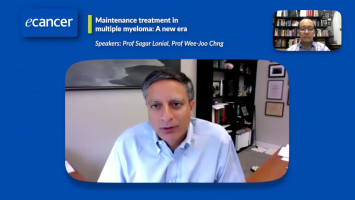