Prof Brian Rini speaks to ecancer at the 2019 ASCO Genitourinary Cancers Symposium about the Tivo-3 study.

He immediately outlines the benefits of tivozanib's toxicity profile compared to other tyrosine kinase inhibitors (TKIs).

Prof Rini then outlines the design and findings of the Tivo-3 trial, and the extraordinary durability of response with tivozanib.

Finally he outlines the next step which is to round off the study with the survival analysis that will be concluded later this year.

One of the great things about tivozanib is it’s a really well tolerated drug, it’s probably the best tolerated TKI, owing in part to its selectivity for the VEGF receptor whereas sorafenib is more of a dirty compound. So in Tivo-3 you’ll see the incidence of adverse events of any grade, as well as high grade, were significantly higher in the sorafenib arm. In sorafenib what you saw was off-target toxicities – hand foot syndrome, diarrhoea, rash – whereas with tivozanib what you see are what I call on-target toxicities such as hypertension, hypothyroidism, dysphonia. So not only a greater incidence of toxicity but more bothersome toxicities with sorafenib.

What was the design of this trial?

Tivo-3 was a multinational randomised phase III. It took patients who had had 2-3 prior systemic therapy regimens for advanced kidney cancer and randomised them to either tivozanib or sorafenib in a one-to-one fashion. There were 350 patients treated until progression and toxicity. Patients had to have had at least one prior VEGF TKI; about 25% of patients had prior checkpoint inhibitors, 50% had two prior TKIs so it was a very refractory, heavily VEGF pre-treated population.

This trial was designed to look at progression free survival for tivozanib versus sorafenib and what was found was almost exactly as the hypothesis had been set up of 4 versus 6 months. Numbers weren’t quite that but approximately 4 versus 6 months, significantly favouring tivozanib. One of the most important things was that, as you’ll see in the presentation, the durability of responses with tivozanib were somewhat extraordinary, I’m not sure I’ve seen that with TKI-based trials before; I’ve been doing them for a long time. The number of patients who were still on and progression free at one year and two years was much higher with tivozanib so there’s something about the durability of response that was quite impressive.

What were the main conclusions from this trial?

Tivozanib is approved in the EU, not yet in the US, and so it showed significant progression free survival advantages. They were durable and the drug is very tolerable.

The next step is to wait for overall survival. There will be some initial survival data presented at this meeting and then a final survival analysis later this year. Then hopefully file for FDA approval. 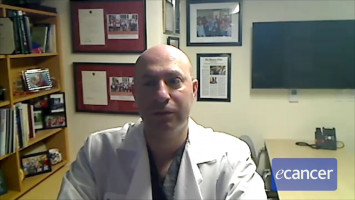 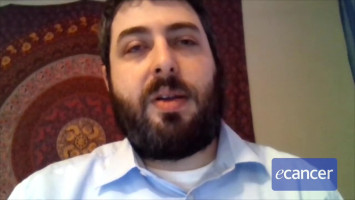 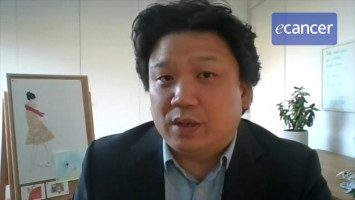