EADO 2018: Melanoma roundup with a view to patients

Dr Teresa Amaral provides a roundup of what was being discussed in melanoma at the EADO 2018 congress in Barcelona with a focus on patients.

Dr Amaral begins by acknowledging the increasing price of cancer drugs and new treatments and that, while there are now many treatments available, they are only readily available in a small proportion of countries.

She also explains the ESMO - Magnitude of Clinical Benefit Scale that asses the clinical benefit of drugs.

I would like to mention the topic about the patients’ access to melanoma drugs and to cancer drugs in general but actually I pretty much liked the session of this morning that mentioned this topic. I just wanted to point out that actually the costs associated with cancer treatment have increased really in the last five years. If we look at the data that was presented we can actually see that in the US in the last five years the costs associated with cancer treatment increased by about 70% in the last five years and outside the US about 50%. The difference if we look into the last three years, so between 2014 and 2015 it’s around a difference of 12%, so just in one year. Actually there are a lot of new drugs that are available, around 50 new drugs were available between 2011 and 2015, but these drugs are not universally available for all the patients so we look at the data that was presented today and actually only in six countries it was possible to use half of these 49 drugs that were available in the last years. This is an issue because we have the therapies but the patients do not get it.
Of course the patients’ access depends on several aspects – it depends on how long it takes to have the access, on the budget that is available for these therapies and also on the availability of cancer care. This is at least one of the three aspects that should be considered when considering patients’ access to cancer care.

There are a lot of tools that can be used to access this clinical benefit. There is also the possibility to access by using multicentre analysis or multi-country analysis. One of the analyses that was presented today was one conducted or supported by EADO that included a survey conducted in 34 countries. The first survey was published in 2016 and this is an update of this survey. Actually what we see is that there is a very different access and very asymmetric access to these drugs in these countries that participated. The estimated number of patients that will not have access whatsoever to melanoma cancer therapies is around 14,000 patients that do not have access to these kinds of drugs. If we look into the European setting between 2016 and 2018 the difference is between 5,200 to 4,800 so there is not a very big difference. Actually in some countries from Latin America and the US you only have access to these therapies if you have a private health insurance, if not you do not have access to that.

Coming back to your question about the tools, actually there are different tools that can be used. One that was mentioned today in the morning was the ESMO magnitude clinical benefit scale that actually assesses or trys to assess the clinical benefit of a drug. Of course this is something that needs to be considered not just globally but locally and one of the aspects that actually needs to be seriously considered is the clinical value of different therapies based on the country that it’s going to be applied. So we need to look at the clinical value of the drug and assess that based using one of these tools, using also the frequency of the disease and the setting where this drug is going to be applied. But also somehow translate this information to the local country or region and this can be done, or should be done, using the GDP and also the percentage of the GDP that is applied to the healthcare expenses. So we need to come up with a strategy that is global, of course, but it is also local and it’s somehow geographically adapted to this problem that is a local problem and a country problem. But it’s also cross-border problem so we cannot just refer to a problem that is in one country or just in Europe, it’s across Europe and we need to come up with a solution that is universal or somehow tends to be universal and tends to benefit all our citizens as was mentioned today in the session.

What is the role of patients and patient advocates in pushing for that change?

That is an amazing aspect that needs to be actually pointed out. Patient advocacy is increasing, or their importance and their activity and their work is increasing in the last years, so to say, and actually we have a lot to learn with them. They are actually doing a pretty good job trying to bring up the patients’ needs to this discussion and we need actually to listen to them as well. Of course there are other stakeholders that need to be taken into consideration in this discussion but patients should be the centre, or are the centre, of our work and we should listen to the patient advocacy issues and what do they have to tell us. I really liked this aspect that was mentioned today in the morning, that we should not look into winning small battles because it’s important but we should win the war. So we should not come up with point solutions but with a global solution that somehow benefits all the citizens that are in need for these drugs, not just for melanoma but for other cancers as well. 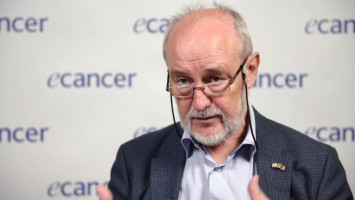 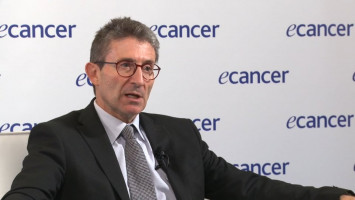