Dr Jessica Hassel speaks with ecancer at the EADO 2018 congress in Barcelona on BRAF/MEK inhibition as adjuvant treatment in melanoma.

Dr Hassel explains BRAF/MEK inhibition reduces the risk to relapse by a half and, from the 4 year results presented recently, there is hope to be able to cure half of patients.

She explains that the treatment is readily available to be prescribed in Europe.

I was talking about BRAF/MEK inhibition in the adjuvant setting of melanoma and we had a full session about different kinds of adjuvant treatment. So we started with the past and then the immunotherapy and I was talking about BRAF/MEK inhibition. The main topic was the COMBI-AD trial and there was an update presented at ESMO two weeks ago. So that was the main results that I was presenting.

In the past we had nothing that was really efficient, we just had the interferons. Then with ipilimumab we had the first treatment that showed really an efficacy for patients with stage 3 melanoma but was very toxic. So then it was further developed to the PD-1 antibodies in the adjuvant setting and you can say that the PD-1 antibodies, either nivolumab or pembrolizumab, reduced the relative risk to relapse about a half so that’s very, very good but they have the risk of fatal toxicities. It’s very, very low but still it’s there. With BRAF/MEK inhibition you have a treatment that is similarly efficient, so it reduces the risk of relapse about a half. At ESMO there was the four year update presented and in this you could see that we hope that we can cure with that about half of the patients with that treatment. Patients who were not treated with anything have a cure rate of about 37%, so there’s a difference of about 17% at the moment. With this treatment there were no fatal toxicities, so that’s very good, on the other hand, they have more adverse events that led to discontinuation of the treatment. The main problem is fever but I think we learned now how to really manage the fever so it’s a very good option for patients in stage 3.

In terms of availability, are there any financial considerations that go alongside that treatment?

It’s a bit more expensive than the immunotherapies; I don’t know how it is for all the different European countries. It’s approved by EMA so in Europe and in Germany we can prescribe it so it’s available for all the patients and we just do it.

What is very interesting at the moment is neoadjuvant treatment; that was the last part that I mentioned. So why wait for the surgery and then start with the adjuvant treatment? It’s wise and it doesn’t matter if you start with immunotherapy or if you start with targeted therapy to just start the patient because you can see in the relapse curves from the COMBI-AD trial that half of the patients relapse already in the first year. So you have the relapses very early and it makes sense to start neoadjuvant, just do the surgery then. Maybe in some patients you even don’t need surgery. For example, with this neoadjuvant trial there was one trial published, a small cohort of patients, thirteen patients, in the neoadjuvant setting and seven of them had a pathologic complete response after eight weeks. Maybe these patients don’t need surgery anymore.

What developments might there be in the near future?

We will have an update on how many patients we can cure with the treatment, either with immunotherapy or with BRAF/MEK inhibition. Of course in the palliative setting we are combining all of that so we will have the same questions for the adjuvant setting. Maybe it’s wise to start eight weeks with BRAF/MEK inhibition and then switch to immunotherapies; maybe there will be something completely new, of course. Always we have treatments from the palliative setting that we then translate to the adjuvant setting so I think we will have better treatments, meaning better with toxicity, and maybe even more efficient. So we hope that we don’t get so many patients in the palliative setting. 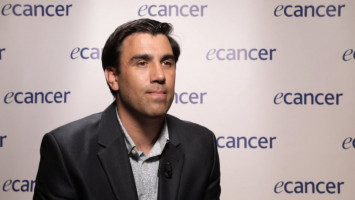 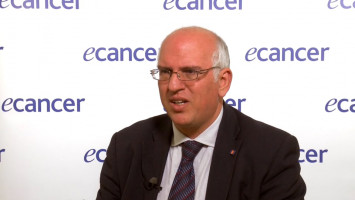 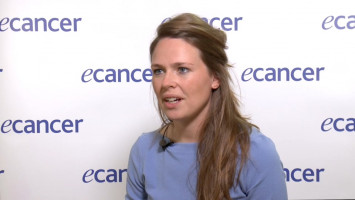 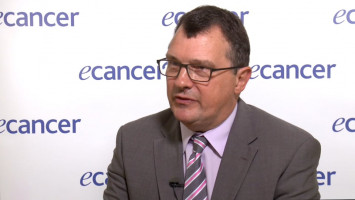