The neglect of skin cancer in black skin

Dr Dagmar Whitaker speaks with ecancer at the EADO 2018 congress in Barcelona about how skin cancer in black skin is being ignored and neglected.

She explains that patient awareness is still at an early stage and that there is also a lacking from a clinical perspective.

She believes that not enough research has been done in the field but that there is rising awareness and interest.

As one can see, skin cancer in black skin is ignored and not really talked about. People are still under the impression that it doesn’t exist or if it does exist it gets diagnosed late which usually means that the patients carry a much worse prognosis than their Caucasian counterparts.

Does that come from a clinical perspective or from a patient awareness perspective?

I think it’s both. The patient awareness is definitely very much in its baby steps and by the time that the patients present to our clinic, which is a tertiary referral clinic, meaning the patient would go to a nursing station, then to a day hospital then to a provincial hospital and then end up at the university hospital, but by the time that they arrive at the university they usually often present with metastatic disease.

In terms of potential differences between black and Caucasian skin, are impacts seen in later care as well as awareness?
I think there are obviously other differences as well. Skin cancer in black skin or dark skin does not necessarily follow the same genetic patterns as in Caucasian skin. The risk factors are different and in general probably just not enough research is done in that field, not enough resources are channelled in that particular problem.

Is the issue of investment gathering support and gaining awareness at congresses?

The awareness; the last time I gave a similar talk was at a meeting in Munich and I’ve been asked specifically because we as a multi-population group that we experience in South Africa have got the experience to have all different skin types. In other countries the equivalent would be there are studies starting but also very much in the beginning – Australia with the aboriginal group which is skin type V. In America I’m surprised that it hasn’t been done on a larger scale, I don’t know why but they certainly should. Hopefully it is coming. Between America and Australia, they are probably the group but also let’s not forget about Asia. Asia has got lots of skin type V and they are not as well studied as skin types I to III.

Are there upcoming trials that could be of importance?

The trials are opening up to suggestions as far as that is concerned. Unfortunately socioeconomic circumstances are a big problem to overcome because even in countries with large financial resources it is difficult to get the newer treatment, for instance, made available or having access to the treatment. I can imagine transferring this to the poorer socioeconomic set-up and then we are light years away from being where we would like to be.

But trial set-up does help because I would say what has changed is that there is interest. Probably five years ago there was no interest, it was plainly ignored. Now at least there is rising awareness and interest and maybe the research will become more involved because it is behaving differently to what we know already. So people who do academic medicine, for instance, would study it out of a matter of interest and that could then lead to therapeutic approaches.

The role of the Global Coalition for Radiotherapy in the war in Ukraine
Dr Ruslan Zelinskyi, Prof Patricia Price 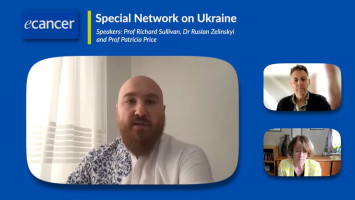 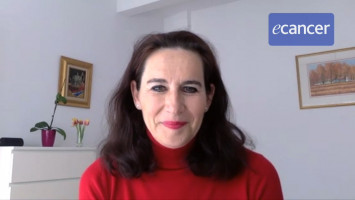 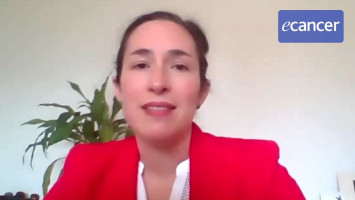