Cemiplimab in patients with hepatocellular carcinoma

Dr Michael J. Pishvaian speaks with ecancer at ESMO 2018 in Munich about the cemiplimab study that looked into hepatocellular cancer patients treated with the cemiplimab.

Dr Pishvaian states that a response rate of about 19% was shown for patients with cemeplimab and that this is in line with what is seen with other single agent checkpoint inhibitors.

There is a growing body of evidence that immune checkpoint inhibitors could be of benefit for patients with hepatocellular cancer and there were trials with nivolumab and pembrolizumab as single agents. So we also initiated the cemiplimab study which is a novel anti-PD-1 antibody that actually was just recently FDA approved for another indication. This was part of a larger, multi-cohort study; we looked at the 26 patients with hepatocellular cancer that were treated with cemiplimab.

Can you tell us more about the patients?

This was a patient population that were required to have first line systemic therapy or be otherwise intolerant of first line systemic therapy, so all patients were previously treated so it was for second line and beyond. There were 26 patients that were enrolled in the study and of the patients the safety profile was similar to what has been shown for other immune checkpoint inhibitors, so no real surprises there. Then as far as the activity there did seem to be a response rate of about 19% for patients with cemiplimab which again is really in line with what’s seen with other single agent immune checkpoint inhibitors.

Were patients stratified by PD-1 expression at all?

No, not for the enrolment for the study, it was not an enrolment criteria at all.

So we’ve covered the toxicity and response rates, how are they being followed up for further endpoints?

The patients are being followed longitudinally for survival outcomes and other endpoints. Interestingly, just like we’ve seen with other immune checkpoint inhibitors, the patients who had a response tended to have a durable response. This protocol was a little bit unique in that patients went off therapy per protocol after 48 weeks and there are a handful of patients that were still on protocol but no longer on therapy. We have one of those patients at our institution who is just being followed longitudinally and if his disease should ever start to regrow he would be eligible to go back on the cemiplimab.

You say this is a novel anti-PD-1 antibody which leads on to the atezolizumab study. So already in the space there are different indications, different approvals, can you tell us about that?

Yes, so as I mentioned, across different immune checkpoint inhibitors there’s a clear signal of activity in nivolumab, pembrolizumab, cemiplimab now, even durvalumab. What we’re seeing is response rates that are usually around the teens to low twenties. So the next step is to try and do better and so different combinations of immunotherapies or other agents that are going to make the immune checkpoint inhibitors more effective. Along those lines there was preclinical data that bevacizumab enhances the immune response to atezolizumab through complementary mechanisms, specifically bevacizumab has immune modulatory effects because it improves the neovasculature of the tumour, allows T-cells to get the tumour more effectively. It can also decrease the VEGF mediated activity on immunosuppressive cells so that it slows down the activity of myeloid-derived suppressor cells and T regulatory cells. It acts to increase differentiation of dendritic cells and all of these work together to enhance the T-cell activation from the immune checkpoint inhibitor, in this case atezolizumab. So there would be hope that there would be some combinatorial benefit from the two drugs given together.

So we had a phase Ib study, a multi-arm study with different disease types but the core of the study was bevacizumab plus atezolizumab with different other agents. Today we presented the arm A cohort which was the hepatocellular cancer cohort. This was a typical HCC patient population, all first line, by the way, so patients did not have prior systemic therapy. It was a relatively advanced patient population, a lot of extrahepatic spread, a lot of macrovascular invasion. The combination was given every three weeks and what we saw by investigator assessed response was a 32% response rate. What was really interesting was that when we used modified HCC RECIST there were actually eight complete responses and all eight of those patients continue on as a complete response to this day.

Any significant adverse events in these trials?

You mentioned this is a multi-arm study with the cohort being hepatocellular, are there plans for expansion into other arms or just recruiting more patients into the study?

There is a gastro-oesophageal arm and there is a pancreatic arm; those two are in their own separate silos. With regards to the HCC specifically, because of these very promising results the FDA has granted breakthrough therapy designation for the combination and actually the trial is hoping to be able to prove benefit of the combination. So along those lines the current phase Ib study added an arm, arm F, actually at the FDA’s recommendation which is just single agent atezolizumab which will give us some sense of the activity of just the atezolizumab by itself. But in parallel there has been opened and is open to accrual the phase III IMbrave150 study that is testing bevacizumab atezolizumab versus first line standard of care therapy, sorafenib, in a fairly large number of patients. That’s a multinational ongoing study.

Any idea of the timeline for results and recruitment over that?

I don’t know off the top of my head but I think that they are anticipating accrual to happen pretty quickly, so maybe 2019 late, maybe 2020.

Well we look forward to that. Is there anything else to mention from either of these trials for the cemiplimab or atezolizumab?

Just these trials are proving the idea that immunotherapy has really come to the fore for hepatocellular cancer and while there are proven therapies in the multi-kinase inhibitors, sorafenib and lenvatinib and in the second line regorafenib, those agents do come with some toxicity that the immunotherapy drugs don’t necessarily carry. The immunotherapy drugs have their own set of toxicities but it’s a little bit black and white – you either get bad autoimmune side effects or you don’t. For the majority of patients who don’t these drugs can provide some benefit that’s actually often durable and can even lead to a complete response. My guess is, I have no inside data, but my guess is in the next few years we will see immunotherapy cocktails or combinations come to the forefront for treatment of HCC.

Speaking of, any ideas for an investigation with cemiplimab and bevacizumab and replacing atezolizumab out of the combination?

It’s a company decision. I did notice in the discussion talk today that, for example, nivolumab and bevacizumab, that’s an ongoing study. So that’s an interesting marriage of two different products.

In fairness sorafenib is not the least expensive drug and certainly lenvatinib as a brand new drug is going to have its own hefty price range as well. So the immune checkpoint inhibitors are expensive but they’re not actually outrageously out of the realm of even a lot of the oral agents. One of the issues with these drugs, interestingly, will be that they are working and patients are going to need to be on them for a long time. So it’s not really about the single monthly price of the drug but it’s about the price of being able to keep a patient on therapy for a year or two years or longer. 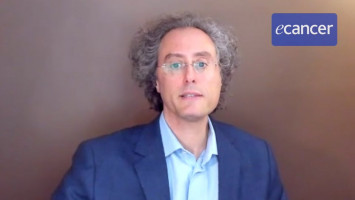 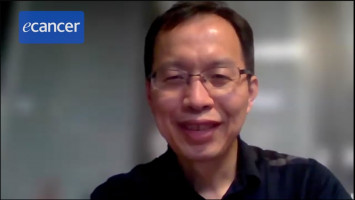