Published: 7 Dec 2010
Views: 7155
Rating:
Save
Dr Lucas Minig - Hospital Universitario Madrid Sanchinarro, Spain
Dr Lucas Minig discusses a pilot study investigating the use of an intra-uterine device (IUD) to treat young women with atypical endometrial hyperplasia (AEH) or early endometrial cancer limited to the endometrium. The Mirena IUD is a coil that releases a low dose of the progesterone hormone levonorgestrel. Whereas patients would usually undergo a hysterectomy, use of the IUD is desirable for younger women who wish to become pregnant in the future.

Patients were treated with the IUD for one year and received monthly injections with a GnRH analogue for six months. If the cancer stopped growing or did not recur, the device was removed to enable the women plan for pregnancies. The IUD produced a complete response in 97% of patients with AED and 60% of those with endometrial cancer.

Lucas, recently you published a very nice paper in Annals of Oncology describing the use of an intra-uterine device to prevent cancer of the endometrium. Can you explain a little bit about this, your findings?

Yes, this is a pilot study. We conducted this study at the European Institute of Oncology in Milan since November 1999 to December 2009 and we studied young women, less than forty years old, who had endometrial cancer, early endometrial cancer, well differentiated and a typical endometrial population who wished to get pregnant in the future. We tested the efficacy of an IUD with Mirena, with an IUD with levonorgestrel plus GnRH analogue for treating this disease.

And so these women were given this IUD for a short period of time and you saw that it prevented the development of cancer?

Yes, we used this treatment for one year with the IUD and for six months the analogue. We did a monthly injection of these analogues of GnRH plus the IUD for one year and we tested the efficacy with a biopsy guided by a hysteroscopy at six months and at one year.

But this could be used for any woman, not only women that want to get pregnant.

And could it also be used to prevent cancer in women that have maybe very early stage atypical dysplasia but not yet cancer?

So now what is going to happen? Is there going to be a clinical trial?

The next step, in fact we tested only twenty patients with endometrial atypical hyperplasia and fourteen patients with endometrial cancer. So our results were encouraging, we think, in developing an international study in multiple centres around Europe or also around the world for testing the different modalities of conservative treatment of this specific disease in this specific population. Because nowadays in several parts of the world different physicians are using, for example, oral progesterones as a conservative treatment or IUD as us, or also endometrial ablation guided by hysteroscopy of the tumour. So we are now thinking of developing this protocol by using all of these strategies but with the same preparative evaluation and with the same type of follow-up after these different types of treatments. 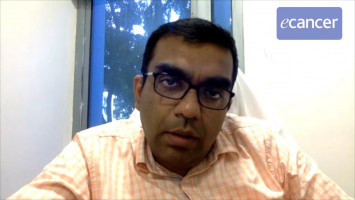 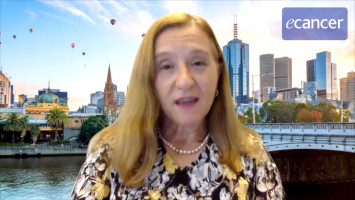