Dr Bergers talks to ecancer at the Cancer Research UK Brain Tumour Conference 2018 in London about the complex nature of the tumour microenvironment.

She also explains why starving a tumour is not a good form of treatment, and can in fact make it more aggressive.

Dr Bergers ends with how a specialised type of vessel called high endothelial venules, can really enhance the immunotherapeutic response.

I talked about the complexity of the tumour microenvironment. The tumours are very heterogeneous entities, not only when it comes to the tumour cells but specifically also to the tumour microenvironment. We have a variety of different cell constituents that are resident, among those is the vasculature and also infiltrating innate immune cells. Then we have a variety of other cell constituents that are either common in a variety of different tumours, like fibroblasts, or very specific for this tumour type, like in the brain astrocytes and microglial cells.


Then there’s another layer of complexity to this kind of heterogeneity. So we have to think about tumours as a heterogeneous entity in which these constituents come together to specific niches and form specific societies with distinct and different functions. These niches can be very, very different - in brain tumours there are at least three different ones. So we have a hypoxic niche, which is on necrotic areas, pulsating tumour cells. In these areas because of the hypoxia you will see that in the neighbourhood blood vessels will form. That is the angiogenic niche and that’s a very predominant version in glioblastomas, very abstruse looking blood vessels. In both of those hypoxic and necrotic areas, as well as the angiogenic features, are the morphological criterion hallmarks for the definition of a glioblastoma.


Gliomas, unfortunately, are also very invasive, all grades of gliomas are, and that forms the invasive niche because tumours like to move in different ways and one of the very predominant ways is to move along blood vessels, what we call an angiotropism. The important part that has a very big impact on the therapy is that in contrast to the intratumoural cells that are more nestled around angiogenic blood vessels, these tumour cells are around co-opted blood vessels. So they are non-angiogenic, so they are simply crawling along and thereby antiangiogenic therapy, for example, wouldn’t work in these areas because blood vessels are not angiogenic. So here, again, one can also see that these niches have different functions and this is, in part, also based on the different cell compositions that they have. So in these invasive niches we have more resident microglial cells, we have reactive astrocytes, they all react to these tumour cells as part of a wounding process.


What we have learned is quite a bit on it. For example, when it became quite apparent that glioblastomas are so angiogenic bevacizumab was actually very quickly used in glio patients and became the third FDA approved drug in use very quickly because of this apparently very good response in patients. But it turns out that this response had more to do with blocking the leakiness of blood vessels. So it turns out that, like in many other tumours, antiangiogenic therapy has more an effect on progression free survival but not necessarily on the overall survival benefits. This was very puzzling to understand and by that various laboratories, including ours, have now started to really understand resistance mechanisms to antiangiogenic therapy. Clearly the old statement from the late Dr  was starving a tumour to death, this will really help to reduce and regress tumours and metastases. Unfortunately this has turned out to be not true, just rather the opposite that if you really do this to that extent you can create actually a more aggressive disease.


But the good part with the antiangiogenic therapy also was that it actually became apparent that there’s a transient mechanism involved that makes the blood vessels more functional and that was first shown by Dr in his laboratory. So under these circumstances blood vessels now become normalised and when they become normalised the blood flow is better so you get more drug delivery; they become more oxygenised; T-cells are coming more in and you actually have an immune stimulatory environment. Unfortunately you continue, of course, this treatment, this is a very short therapeutic window and then you will prune again and then you create hypoxia.


So this was kind of a devil situation and it looked to be as if we were hitting a wall with antiangiogenic therapy. What we have now found is that angiogenesis and immunity is quite nicely functionally interlinked and it turns out that the more immune suppressive a tumour is the less likely a tumour will respond to immunotherapy. It is because the tumour has a variety of different adaptation mechanisms that include the immune system to overcome this process, to become again, to escape immune surveillance.


So we found that PD-L1, one of the negative checkpoint regulators, was being upregulated and when you now try to combine antiangiogenic therapy with the immunotherapy we saw very beneficial effects in some types of tumours but not in the others. When we found out what is the difference, why is it working in the one and why is it not working in the others, it turned out that this again had to do with the vasculature. So this kind of combination therapy made it possible that besides normalising tumour vessels we actually created a new vessel form and it’s called high endothelial venules. These are very specialised blood vessels that normally are only generated in lymphoid organs and they are important for trafficking of lymphocytes into these organs for education. They can come up during inflammation; there they worsen the disease because they are simply portals that bring T-cells and B-cells into the area. But they also have been found spontaneously in some of the lesions in human patients and there they have always been correlated with a good prognosis.
So we have found now that when the tumours respond very well to the therapy we also see these HEV structures now in these tumours. That correlated very nicely with an increased T-cell influx and better efficacy. So this is very exciting for us because it tells us that, again, by modulating the vasculature and the immune system you actually can create a very immune stimulatory environment and you can help current immunotherapies to enhance efficacy. Specifically under these conditions if we have a cold tumour, which we call it, a cold tumour that hardly has any T-cells within, then the induction of such portals can actually help the influx of T-cells and the efficacy.


Are there trials ongoing looking into this?


This is what we currently have done in a variety of different model systems. We also have now the metastatic setting and we have started to understand the mechanistic underpinnings of HEV induction and found that there are certain signalling molecules that seem to be very important in endothelial cells to do that. So here we have found that specific lymphotoxin beta receptor signalling is a key element in these endothelial cells. We have used as a proof of principle systemic antibodies to activate the pathway. And we are now currently designing different components to more specifically activate these pathways in tumour blood vessels and to induce HEVs in these tumours.


We also have ongoing studies to understand the ontogeny of HEVs. So we still have no clue how they are being formed. Is this, for example, that we have a transdifferentiation from endothelial cells into an HEV endothelium or do we actually have a common progenitor that eventually can go this way or the other way?


Finally, of course, with the therapeutic induction questions also about stability, how stable are these structures when they are being formed? So if you stop the therapy can we also be certain that these structures will disappear, not generate autoimmune diseases and things like that? 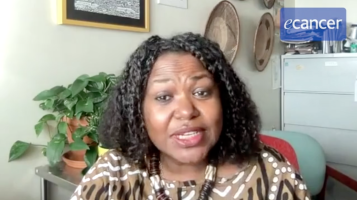