Dr Shrikhande speaks with ecancer at the RSM meeting on cancer control about providing cancer care in developing economies.

Focusing on gastrointestinal and pancreatic cancers, he considers the comparative incidence and lethality of cancer diagnosis across India, and explains how extensive surgical oncology training has been part of skill and service development in Tata Memorial Center.

Dr Shrikhande also notes the difference in care provision and resource availability across India, as well as the pressures on a health care system which can find thousands of patients in the care of a single clinic.

ecancer previously spoke with clinicians and researchers from Tata Memorial Centre at the 25th Conference on Evidence Based Management of Cancers in India, here.

I lead a large service dealing with cancers which are now on the rise, both in terms of prevalence and a little bit in terms of incidence. But our sheer numbers of India, we are nearly 1.2 billion strong, makes this service a fairly busy one considering that gastrointestinal and HPV cancers are comparatively uncommon as compared to the Western world, say the United States or Europe and the UK. That makes it challenging to develop these specialties in my area and that’s where perhaps I am invited to talk as to how do we deliver complex cancer care, not simple cancer care, but, say, complex surgeries of difficult organs to treat, how do we reach out to such a vast population, a large number of them who do not have access to quality cancer care.

I can begin by telling you that I am specialised for gastrointestinal cancer surgery but one of the principle areas where I’m interested is pancreatic surgery. Pancreas cancer is comparatively an uncommon cancer, its incidence is about one-third in my part of the world as compared to what you would get in the United States or in Europe. For example, it’s about 12-14 per 100,000 in Europe and the Americas but in India it’s about 2.4-3 per 100,000. What’s the implication of that? Not too many people easily get to see this kind of cancer. The eyes do not see what the mind does not know, that’s point number one. Point number two: this cancer is an aggressive cancer so by the time you detect it it’s often in advanced stages and you can’t do much. But if it’s not so advanced, i.e. stage 1, 2 and 3, you can offer them surgery which is the only chance of giving them a chance of a cure in one of those few cancers which is so aggressive that we haven’t made a lot of progress in the last half century except quality of surgery.

So I’m a surgeon and a professor of surgical oncology. I have worked on this for quite some time, developed a passion for it and then we have developed the skills and the ability for it. So we naturally are well-known for two reasons – one, because I work in a great institution like the Tata Memorial and now, over a period of time our body of work has further made it to people where people realise that if it’s a pancreatic surgery problem let’s go to Dr Shrikhande and his team at Tata Memorial. So that has enabled us to get specialised for an uncommon cancer. So it’s not easy for people to specialise in this kind of surgery, this surgery is widely regarded as perhaps one of the most complex surgeries in the body, if not the most complex surgery. So, just to give you an example, it’s very well known in the United States with the highest incidence of this cancer that it takes about sixty surgeries for a qualified surgeon to perform to negotiate the learning curve associated with this. So if you want optimal results, less blood loss, complete tumour removal, smooth recovery, low risk of dying from the operation, going home as soon as possible from the hospitalisation after such a complex operation, doing the operation in the shortest possible time as much as you can despite the complexity of surgery, all these processes if you split them up, all these points, it takes about sixty operations for you to really say, ‘Well, I think we can deliver now.’ So how does every surgeon who wants to do this get to do this? They can’t. Even in the developed world you have patients who do not get quality surgery for pancreas and they suffer because of that.

So you can see the problem is even more – we have less incidence of this cancer but our population is 1.2 billion. I remember in the year 2000 when I was a Fellow at Tata Memorial, I came on the staff in 2002, at that time we used to do about 16-20 of these operations in a year and the mortality rate was about 6.3%. In other words, six or seven patients for every hundred operations died which was good for the times. But today the same surgery is being done 150-170 times in a year which makes us one of the highest volume centres in a country of low incidence again. In the meanwhile we’ve added a massive training programme, so we’ve got surgical oncology superspeciality residents i.e. surgeons who have already done their training and Masters in surgery but then want to superspecialise in surgical oncology or gastrointestinal cancer surgery. So these are young people between the ages of 30-35 who are keen to learn surgery, who have some degree of experience in surgery and venturing on to complex surgery. That’s where the kind of numbers we have in Tata Memorial actually help the younger surgeons to train better. That’s where I feel that I can also participate in a proactive role because my institution is based on three pillars – service, research and education. So I have decided to identify myself with service and education more than research, not that I’m against research but to get dedicated time for research is not something which is easy simply because, just to give you an example, America has one doctor for 390 patients, my country has one doctor for 3,000 patients approximately. So our immediate challenge for the next half a decade to a full decade would be to see whether we can get that number to one doctor for 2,000 patients. You can imagine when we talk of a busy clinic in the NHS versus a busy clinic in Mumbai we obviously have our core competence in service. The natural fallout of that, if you are working in an institution like mine and if you have the teacher within you that you can work in a place like Tata Memorial and teach more people, hoping that we will reach out to the other parts of the country so that what they got trained with standards in a place like Tata they’ll be able to take it out in their own small way in a country which is rapidly on the move. India is a unique country, we live in different centuries at the same time and that makes it exciting but also enormously challenging. We have excellent schools and high levels of education and yet we have 25-30% of people who are illiterate. So we have to balance both, keep on moving with the times and yet be aware of our ground realities. That makes it enormously challenging.

Towards that end, my colleagues in Tata Memorial and I have joined their effort, it’s not me but it’s my hospital, my director and some of my colleagues where we have created the National Cancer Grid. I’ll be speaking about that also during the course of my lecture today afternoon. The National Cancer Grid tries to envisage a situation where we try to have uniform standards of care across a network which is growing. As of now it’s 118 hospitals across the country. Of course it’s difficult to get the same service standards, the same work ethic across all these hospitals but Tata has taken the leadership role. We are trying to see how we can standardise pathology reporting; we are trying to see how we can standardise basic surgery as well and then develop some centres of excellence, CoE, for doing complex surgery like, say, gastric cancer or pancreas cancer or liver and gall bladder cancer.

So I gave you an example of what we have done in pancreas cancer surgery but the other way of doing it is doing live operative demonstrations using modern technology to reach out to the interested audience across the length and breadth of India and if this is possible even take it beyond the boundaries of India which we have done on a few occasions. But we need to scale it up once we get objective feedback that something like this is actually enabling us to motivate people, train people and improve the standards of care in those parts of the country.

So I’m quite excited about this meeting and honoured that I’ve been invited here for this keynote. Hopefully I can share what we have done in India as an example. It’s not that I worked in Africa but I have done live demonstrations for surgeries across Europe and Asia Pacific for gastric cancer. The day I go back, tomorrow evening I fly back, Wednesday I am in Mumbai, Thursday I have to do a live demonstration for the United Arab Emirates Cancer Congress on digital so I’ll straight away be doing an operation, a pancreas operation which will be telecast live to the audience in Dubai. So this is a part of educating people. This is just one part, of course, and yes, I think that’s what we hope that such a meeting will also create awareness and foster exchange of ideas which would consolidate some future plans which can be put in place at a global level. 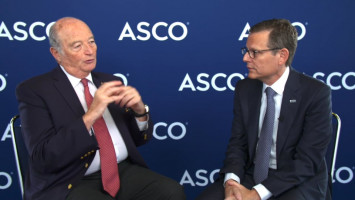