Olivia Le Saux speaks with ecancertv at SIOG 2016 about the influence of SIOG in incorporating geriatric patients into clinical trials.

She describes how, after the founding of the organisation, elderly specific endpoints are not used as often as the increase in geriatric subgroups would suggest.

Comparing composite endpoints and co-primary endpoints, she also considers the balance of quality of life and life extension as trial outcomes.

We have made a study about the inclusion of older cancer patients in clinical trials and we tried to assess the evolution of the inclusion of elderly patients in these trials before and after SIOG was founded. We analysed all clinical trials, that is to say phase I, phase II and phase III randomised controlled trials, that assessed therapies for haematological and solid tumours for patients older than 60 years old. We also identified all phase III clinical trials in order to retrieve subgroup analyses dedicated to older cancer patients. Then we compared the evolution of these clinical trials between two time periods, the time period that was the pre-SIOG period running from 2001 to 2004 and the post-SIOG period which ran from 2011 to 2014. What we saw in this comparison is that there was a tremendous increase in the absolute number of clinical trials which came from 128 in the first period to 415 in the second period and that this increase was mainly explained by subgroup analysis made in phase III randomised controlled trials.

Do you have any further thoughts on quality of life and extending life treatments?

Could you talk about your recommendations on subgroup analysis?

We made a logistic regression analysis to know what were the factors associated with an increase of subgroup analysis between the two time periods. One of the factors explaining this increase was the journals in which the clinical trials were published. Journals with a high impact factor, more than 20, tend to publish more subgroup analyses so that is something we said during the question session is that we should ask reviewers to ask for subgroup analyses for older patients for efficacy but also for toxicity because in the majority of cases the subgroup analyses are only about efficacy and not about toxicity.

There is some impact but we still have some work to do and the problem with when we improve our work is that the conclusions, we only get them ten years later so we have to wait. But there has been some progress and maybe something that we didn’t evaluate in the evolution of clinical trials is that we didn’t assess geriatric intervention trials. It’s another thing that we should recommend for the future is to design more trials on geriatric interventions. 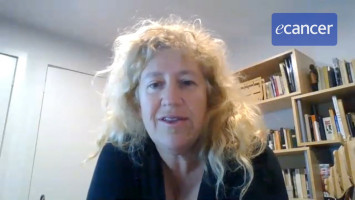