Effects of ultraviolet light on underlying genes behind at-risk phenotypes

Prof Nick Hayward talks to ecancertv at WCCS 2016 about the effect of ultraviolet light on underlying genes behind at-risk phenotypes.

He describes how the concomitant risk of melanoma from UV exposure, especially from sunbed use, can be modulated by the genes responsible for phenotypes associated with increased susceptibility.

Effects of ultraviolet light on underlying genes behind at-risk phenotypes


At the conference this year I am talking about melanoma risk phenotypes and how the genes that underlie predisposition to these particular phenotypes are modified by ultraviolet radiation exposure and how they work together to alter or modulate a person’s susceptibility to melanoma.

What impacts do UV and genetic causes of melanoma have on each other?

So they clearly have a major effect working together.  Ultraviolet light really does impact on melanoma in a very big way, it’s actually the main carcinogen that really drives melanoma development but the underlying person’s genetic makeup is very, very important and also in how they actually respond to that ultraviolet light. That could either be ultraviolet light from sunlight, which is the way that most people would get it, but also it does impact on people that still use tanning beds and get artificial ultraviolet radiation through that particular source.

Are there regions of genes that are particularly active?

There are genes that really play a major effect in melanoma predisposition. It turns out that the main players, if you like, these genes also impact on features of an individual that you can readily measure, these include things that are quite obvious like pigmentation differences.  We are all aware that people that have lighter coloured skin, people that have red hair, lots of freckles, lots of moles or melanocytic nevi, those individuals are all quite high risk of developing melanoma. There are genes that actually control the development of nevi or freckles or basically set a person’s constitutional pigmentation makeup. So if we can find the genes for those particular traits, and its often easier to find genes for these what we call endophenotypes, so they’re actually a phenotype that’s associated with the one that we really want to measure, then once we’ve found those genes we can then test specifically for whether or not those genes are then also involved in the predisposition to the particular disease that we’re looking at. A lot of the initial studies for melanoma were actually done by mapping genes for variation in pigmentation and also variation in the total number of moles or nevi that people developed over their lifespan. Today all the genes that have been shown to be involved in pigmentation or nevus development have in turn been shown to be predisposition genes for melanoma.

Then there is a third category or phenotype of genes that has recently been shown to be associated with melanoma risk. These are genes that are involved in the regulation of telomeres which are the repeat pieces of DNA at the end of each chromosome. It turns out that everyone has their own particular ability to maintain telomeres at a particular length, or not, and it turns out that because the telomere length variation in individuals is so genetically controlled that this impacts that person’s susceptibility to cancer types. Melanoma is one of the cancer types that is most strongly associated with the length of telomeres.

Can you look for prognostic genotyping of telomere lengths?

It’s a difficult area in that a lot of these genes that confer risk in the general population have a very small or modest effect size so that the individual gene might only change the risk by between, say, 10% and let’s say 50% on average. So you could say that that small increase in the amount of risk conferred by a particular gene is not clinically actionable. You could measure it in a pre-symptomatic setting if you like but you would be hard pushed to decide to actually do something about that for a given individual that came in to a hospital wanting a particular diagnosis.

Do genes that work with UV radiation produce any clinical targets?

I think in terms of the interaction between ultraviolet radiation and genes that confirm melanoma risk, the main ones that might be actionable in some sense are the genes that are involved in pigmentation because you can change a person’s pigmentation using small molecule drugs or chemicals to actually give those people a tan, you can make pigment form. That might be a preventative strategy if you like for increasing a person’s photo-protection from solar radiation by increasing their skin colouring. There is a down side to that because increasing the melanin content and the pigment in the skin also has a number of detrimental effects. The jury is still out as to whether or not it’s totally safe to actually use chemically induced tanning as a mechanism of sun protection rather than blocking out the harmful rays of sunlight which is what most sunscreens are attempting to do.

So I think in terms of behaviour, the message from the cancer funds is still the one that resonates the strongest and that is the message of slip, slop and slap.  You’ve got to cover up, you’ve got to use sunscreens, you’ve got to avoid the sun in the middle of the day and seek shade. These things aren’t going to change and I think that the message in terms of prevention is still very much around, avoiding excessive sunlight exposure.

Where have we got to with cancer treatment?
Prof Alexander Eggermont - Princess Máxima Center for Pediatric Oncology, Utrech... 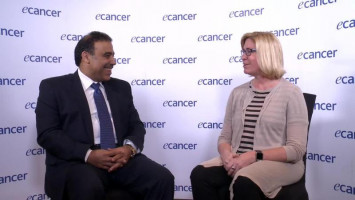 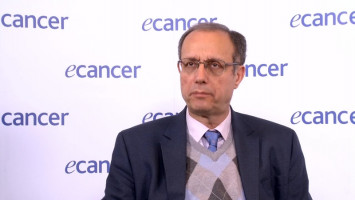