A global perspective on infections related to cancer

Dr Franceschi speaks with ecancertv at IARC 2016 about cancer as a result of infectious pathogens.

With differing rates across populations due to access to healthcare, immunocompromised status and vaccination uptake, viral and bacterial infections are becoming increasingly known as a cancer driver.

Dr Franceschi sets out the need for wider awareness and access to vaccinations, such as subsidising the cost of the HPV vaccine for young women across the world.

A global perspective on infections related to cancer


How big a contributor is infection to cancer?

My generation, up to the people who are now fifty or so, infection was something completely unknown, it’s really been a discovery starting in the ‘70s and in the ‘80s. At a certain point we didn’t believe it was important for humans only for animals. In reality our recent estimate from IARC gave 15% as the fraction of all cancers attributable to viruses, bacteria or parasites. This fraction, however, is extremely variable in the world; the richest countries like the United States and Australia have a fraction of only 4%, if we speak about sub-Saharan Africa it’s more than 30%. In people with HIV positive this fraction is nearly half of cancer due to infections.

Which cancers and which infections are most affected?

So let’s say that the three big killers are Helicobacter pylori, that is the cause of stomach cancer, the HPV, papilloma virus, that is the cause of cervical cancer but also other anogenital cancers and also some cancers of the head and neck. The third is actually not one, it’s two, the two most important hepatitis viruses, hepatitis B and hepatitis C.

How are you combatting these issues?

Infections are especially amenable to prevention. Of course the best possibility is preventing infection through prophylactic vaccination. Luckily vaccination against hepatitis B has spread enormously in the last twenty years and nearly all the children in the world are vaccinated against hepatitis B. HPV is the new vaccine and just now we are celebrating ten years since it has been approved and commercially become available. Unfortunately so far we computed that less than 6% of the girls who should receive HPV have received it in the ten years in which it’s been available but luckily there are mechanisms to now bring HPV vaccination for free or at subsidised prices in the poor world that require it the most. But let’s not forget also that sometimes it’s also possible to interrupt the process between infection and cancer. So, for instance, we can do it with screening and now testing for HPV is replacing Pap smear or treating like hepatitis C and B.

What methods can be used to tackle infection in cancer?

More research is always welcome but when we have very efficacious vaccines and very efficacious anti-viral treatment, like in the case of hepatitis B and hepatitis C, the real challenge is to bring these drugs to the population who need it. Unfortunately they start being very, very expensive so a system of tier pricing and support to the population, especially in the poor countries, to establish equitable programmes that can reach all the people who need… or all the people in the case of vaccines is the key to making them really work.

Can a deal be made between governments and industry to provide drugs at an accessible price?

Fortunately for vaccination there is a large organisation called GAVI, Global Alliance for Vaccine and Immunisation, that receives support from many private foundations, from many countries and that’s really helping a lot to bring vaccination against HPV that means eliminating cervical cancer in the long run. For drugs like anti-HCV and HPV we need exactly the same mechanism. Of course it’s a little more difficult because HIV was killing people who were very young so it was emotionally much more attractive for donors. But hepatitis C is also a very bad disease, causes very bad diseases.

First of all to try to contrast the rising concern and scepticism against vaccines. This is a problem also for vaccines against important infectious diseases that are not related to cancer so the medical community needs to really continue encouraging the public to trust in the vaccine and not to follow breaking news that are completely unsubstantiated. The second, when there is a treatment available, like in the case of hepatitis B and hepatitis C, the key is to detect so to have an idea of proposing tests against, for instance in Europe hepatitis C is more common than hepatitis B. So the same extent, we need to do some HIV testing to identify the possible targets of efficacious treatment. Also starting conceiving a sort of screening for hepatitis C which, by the way, has been now incorporated in US programmes. Now they have decided to go for population screening for hepatitis C and the offer of treatment for free to all hepatitis C positive people in the States. 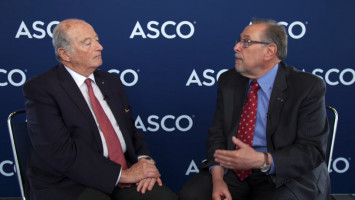 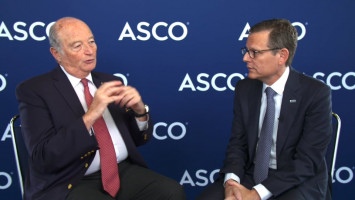 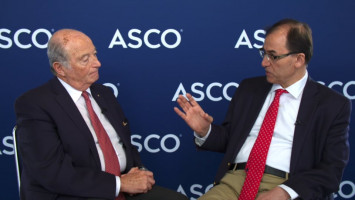 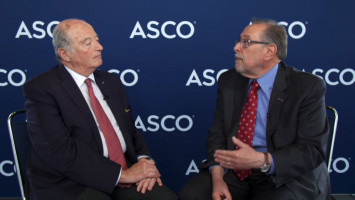