Dr Behera speaks with ecancertv at ASCO 2016 about a new modality in radiotherapy for non-small cell lung cancer; using proton beam therapy in place of photon.

Dr Behera acknowledges barriers to access of proton therapy, and highlights ongoing research into proton therapy to treat other diseases.


It’s a form of emerging alternative full radiation therapy with protons which is different from the standard of care that is currently used with photon therapy. That’s what is the difference between the two treatments and it’s expected to be much better for the patients.


Could we pick into the details, what sets the two apart in terms of the technicalities required and then the impacts that you’re seeing as a result?


The impact we saw from our research that it has a higher survival rate compared to the patients that were treated with standard photon radiation and that was a statistically significant result that we are presenting here.


And the equipment involved?


It’s still the same form of radiation except the beam here is made of protons instead of photons, which is traditionally used.


Have there been any issues with access to the new technology? It sounds like it might be a little tricky for some clinics to get a hold of?


Yes. It is still available in limited places, there are only 23 operational proton centres in the United States and there are 14 more that are under development. So the access is very limited to patients across the country. It is also an expensive form of treatment and not universally approved by insurance at this point.


Have there been any reports of changes to toxicity or tissue damage?


No, it’s actually better for the normal tissues, it spares the dose to the surrounding areas compared to the standard photon radiation. It’s much more focussed to the tumour and spares the tissue around it.


And these results were just in non-small cell lung cancer, is that right?


Like I say, I put this in our good ideas column because it sounds like a new technology with reduced toxicity is having better results. So where next, I guess?


The next steps are there’s an ongoing phase III study that’s being conducted by NRG and hopefully that will give us some strong data to show the benefit of protons and tell us more about the role of proton therapy for non-small cell lung cancer.


It might be interesting to pick into the physical mechanics of the machinery and the tissue damage targeted as it is. I don’t know if you’ve heard much about ecancer but a lot of the people watching this are clinicians in practice at the moment so if we go into as much detail as you’d feel comfortable with.


Like I mentioned, one of the issues with photon radiation is that it affects the surrounding heart when given to the lung and sparing dose to the heart with protons, that is being observed, is a big benefit to the patients. In prior studies it has been established that when the dose is spared to the normal tissues, surrounding tissues, it is associated with better survival. We are very excited to be presenting these results at ASCO here and we are very hopeful that this will leave an impact with our healthcare providers and researchers and will lead to further research to prove this and make more of a case for this form of treatment. 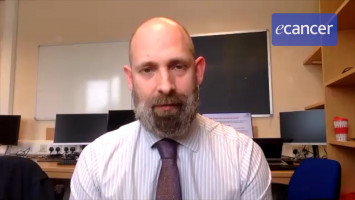 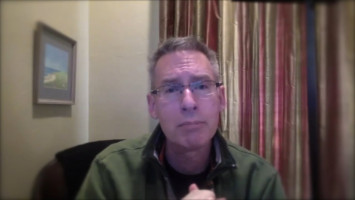 29 May 2020
COVID-19: Risk of millions relapsing back to smoking
Dr Sudhanshu Patwardhan - Centre for Health Research and Education, Southampton,... 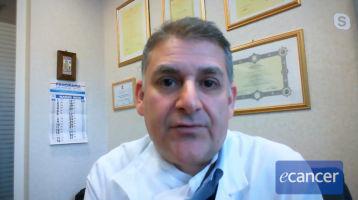