With a high response rate among previously reluctant patients, he describes the benefits to patients and clinicians of a non-invasive test which can also indicate pre-cancerous lesions.


This study is very important because it was the first large clinical study showing how this new test functions in actual daily practice. The investigators at USMD, which is a large physicians’ group in Dallas, Texas, in the United States, selected 400 patients of Medicare age, 65 years of age and older, who were resistant to having been screened for colon cancer. They were what we call non-compliant, they hadn’t had a colonoscopy within ten years or stool blood testing. We applied the test to those patients and 88% of them did the test; importantly 90% of them who were positive on the test complied and went through and got a follow-up colonoscopy which is what you want them to get. Four of them had cancer, all early stage, all surgically curable. 21 had the type of lesions we call advanced polyps, advanced adenomas, that are more likely to become cancer in the lifetime of the patient, important disease.

Is this readily available to clinics?

Yes. So what was most interesting about this, this test was used in actual daily practice. The test itself was approved by the United States Food and Drug Administration, the FDA, in 2014. It’s covered by our Medicare, our government insurance for patients 65 years of age and older without co-pay or deductible, as a screening option that they can enjoy. So it’s in use now. The observation that there are DNA fragments in the stool stream that originate in the colon, specifically originate in polyps, premalignant lesions and cancers has been described since the early ‘90s by many folks, the RT collaborators, [?? 1:52] and that, the Bert Vogelstein lab at Johns Hopkins and many others. Working with that, we’ve been working with it now for about 17 or 18 years, in order to devise the mechanics of using stool DNA analysis that tells us that these lesions may be present. So the DNA that we’re identifying, and human DNA is very rare in stool, there’s not much there, we actually reabsorb most of it and recycle it, it’s critical because it’s coming from the lesions. There’s a little bit of background abnormal DNA that comes from the colonic lining but for the most part this is somatic mutations and alterations, epigenetic changes that happen as part of the developmental process of the cancer. So it’s biologically related to carcinogenesis as opposed to non-specific findings like blood which are related to ulceration as lesions get larger.

What were the challenges you faced?

It wasn’t easy because there were a number of analytical challenges that had to be accounted for. Number one, these are very rare molecules. The ratio of human DNA to bacterial DNA is about one part to 100,000. So we had to isolate the DNA in a way that we could amplify it so that we could interrogate it for methylation changes and for mutations. Once we did that there were several other issues that had to be addressed with how you run a methylation assay, could you multiplex the assay, could you make it reproducible, could you package it and make it so that any lab could do it day after day after day? In clinical pathology that’s what we do, we have things that are very robust. We addressed all of those things and that’s just on the analytic side.

Patient preference and patient utilisation is key. You can have the best test in the world and if no-one uses it it’s not very effective. So we talked to, literally, hundreds to thousands of patients. As we said, if you’re going to collect a specimen how should that be? So we’ve eliminated everything that was a problem to the extent possible. There’s no preparation, there’s no change in medication, there’s no change in diet, it’s random access. You pass a person’s stool into a container that has been purposely designed to make it easy for patients, they deal with the sample, it goes back the box it came in and gets shipped off back to the lab. All prepaid, privacy of your own home, no schedule, no time off from work.

What’s next for this test?

There are a lot of people and whenever you have a new test it still takes time to get in contact with hundreds of thousands of primary care physicians in the United States alone to advise them of the test, how the test works, reimbursement etc. etc. So I would say that things are going along swimmingly, they’re going along quite well as we’ve rolled the test out. Probably 35-40,000 physicians now have ordered the test over time, we’ve done well over 100,000 of these tests just in the first year of its availability. So things are going well but, most importantly, about 60% of the patients who are using this test so far aged 50-65 have never elected to be screened before; aged 50-75, the sweet spot for screening, 42%. So importantly the test is already making a difference in bringing patients into the screening pool who have never been screened before. Very gratifying. When we meet again in five years hopefully we’ll be able to say that 90% of the patients in the United States of screening age have been effectively screened. 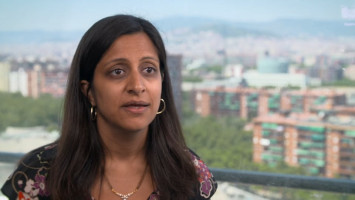 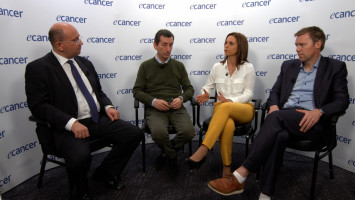 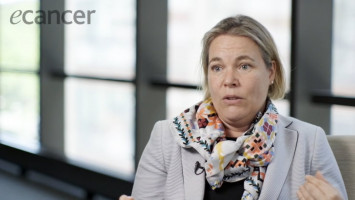 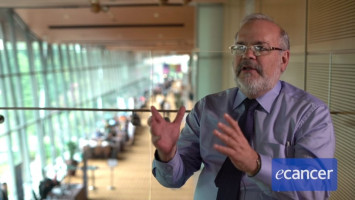