Dr Angela deMichele speaks with ecancertv at AACR 2016 about the results of the ISPY2 trial to determine new drug therapies for patients with HER2 positive breast cancer.

From this arm, she reports significant improvement among patients receiving TDM1 with pertuzumab compared to current therapies.

With this success in mind, she discusses the novel design of the ISPY2 trial, which accelerates patients towards more successful schemes to improve drug design and reduce toxicity, and its possible applications across the sector.


The ISPY2 trial is an adaptively randomised phase II trial with the goal of finding effective drugs to take into phase III in the breast cancer setting. We use neoadjuvant therapy which is therapy that we can use before surgery in an effort to see if we can improve the rate of pathologic complete response. This was a combination of drugs for patients with HER2 positive breast cancer so we looked at the combination of TDM1 and pertuzumab and compared that to the standard therapy with paclitaxel and Herceptin. All patients then went on to get the standard, Adriamycin and cytoxin, and then had surgery. What we found in the trial was that the combination of TDM1 and pertuzumab had a dramatically increased effect on bringing patients to the pathologic complete response endpoint. We had about a 30% increase in the PCR rate and we have a very unique endpoint in the ISPY2 trial. It’s not simply to find the rates at which we would develop pathologic complete response but because it’s a Bayesianly designed adaptively randomised trial we have the ability to generate predictive probabilities. The endpoint is to have a predictive probability greater than 85% that if this drug works in ISPY2 it will subsequently work in a randomised phase III trial. So our endpoint is intimately linked with the goal of finding effective therapies and taking them to phase III so that we can determine whether or not they’re going to benefit patients.

What we aim to do is to try to speed the process of finding effective drugs but also speed the process of finding ineffective drugs. That’s where, again, the adaptive design is very useful because we’re constantly evaluating how each patient in the trial is doing and how each drug is performing over time. Those drugs that are doing well, performing well, will have more patients randomised to their arms and they will accumulate faster and we will get those answers faster. The great thing about this, having a surrogate like pathologic complete response, means we have a short-term endpoint that fairly well predicts a long term endpoint, that is reduction in recurrence in overall survival. That’s something that the FDA is really looking for is ways in which we can find the winners, we can use an early surrogate which will enable them to give accelerated approval to a drug and get it to patients when it looks promising while at the same time going through the confirmatory trial process in phase III.

How does this differ from existing trials?

It’s a standing platform trial which means we can be evaluating multiple drugs at the same time from multiple companies, which is very unusual. But because we have a standard platform, because we have a master IND, because we essentially have an honest broker, different companies are willing to come into the trial to test their drugs. So that has enabled numerous drugs to come through this mechanism over the last six years simultaneously. This is the approach that was taken for pertuzumab, it was found to have a dramatic impact on pathologic complete response, the FDA gave it accelerated approval, patients are now having access to that drug while we wait for the long term outcome studies that will come later. So the hope is that by finding the winners early and quickly we can do a better job of bringing effective drugs to patients in a shorter time span, in a less expensive way and ultimately in a way that’s going to help us start to build upon these backbones and bring less toxic drugs to this effort.

That’s the other big news from this particular arm of the trial, is that not only did the combination of TDM1 and pertuzumab increase pathologic complete response rates by about 30% but it did so with less toxicity to the patients. Because we were able to remove the paclitaxel from the standard regimen in this investigational arm, we found that patients did not have as much in the way of alopecia or neuropathy, two very, very bothersome side effects that not only affect them while they’re getting the drugs but also can be long term effects. Neuropathy can be debilitating for women for decades so we really want to try to find drugs that are particularly targeted to the unique biology of these tumours that aren’t going to have toxic effects on all of the normal cells in the body. That was a really great additional finding to this arm of the ISPY2 trial, to find that TDM1 pertuzumab was not just more effective in reaching PCR than standard of care but actually did it with less toxicity, particularly the kinds of toxicities that really matter to patients.

Could this be used as a model for a broad range of drug trials?

Certainly. So in ISPY2, the overall trial, we’re not limited to just HER2 positive patients, we test drugs in basically every subset. I think this has been a very useful exercise to help others in other diseases think about how can they set up a standing trial when we now start to understand the molecular phenotypes within a disease and say, OK, now we’re going to have this trial going, we’re going to test different drugs against different targets simultaneously. The MATCH trial is a great example of a trial that’s doing just that, not just in breast cancer but in a variety of diseases.

Do you have a summary statement?

This is a really exciting time because now we have the tools to be able to bring drugs to patients in an earlier part of the disease trajectory. We used to develop drugs by giving them to patients who had stage 4 disease who had already gotten a lot of other therapy. Now we understand that the biology of metastasis is very different than the biology of a newly diagnosed tumour so now we can test drugs in those patients with newly diagnosed tumours and we may find that drugs work that would never have worked in the metastatic setting; it’s really apples and oranges. So focussing our drug development efforts in patients who can really benefit from it really almost to improve cure rates for certain diseases is really exciting and I think we’re going to see more and more of this as we have more targeted therapies in different diseases. 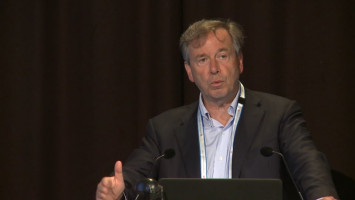