Dr Christin Burd speaks with ecancertv at AACR 2016 about her research into the potential for SPF30 sunscreen to delay the onset of melanoma.

Though the damaging potential of UVA and UVB radiation has long been known, attitudes in the cosmetic industry (which regulates sun-screen lotion development) are at odds with the animal testing required to prove a direct delay of melanoma onset in UV sensitive knockout mice.

The news article supporting this video can be found here, and it also features in our highlights of the AACR conference.


Here we are presenting data where we had taken a mouse model that spontaneously develops melanoma and use it to test sunscreens. Many consumers don’t realise that sunscreens are only tested for their ability to prevent burning but not tested for their ability to prevent skin cancers like melanoma. So we thought this was a really important thing to do and we were able to demonstrate that all of our sunscreens rated SPF30 were able to delay the onset of melanoma in our model which was very exciting, showing that these were good sunscreens. However, we did notice that some sunscreens were better at this than others and so that tells us that there are differences among even the SPF30 sunscreens and we want to advocate for a lot better testing in the future.

The testing has been because sunscreens are usually tested by the cosmetic industry animal testing is really frowned upon. So there are very limited ways you can test whether something will drive a cancer in a non-animal model. So that’s why there really hasn’t been a lot of testing in this area.

Did you only test SPF30 sunscreens?

We had one SPF50 sunscreen, it did not perform any better than the SPF30 sunscreens. But we still need to really do a lot more experimentation in this area.

Is UV the main risk?

There is some evidence that both UV-A and UV-B wavelengths of UV light are important in driving cancers and we’re still trying to understand specifically what forms of sunlight are most important. As far as the ability of each type of sunscreen, like I said, we’ve only tested one SPF50 sunscreen at this point so we really need to do further work in this area to really say which ones are the best.

What kind of sunscreen gave the most protection?

We right now are advising people to follow the recommendations of the American Academy of Dermatology which is to use an SPF30 or higher sunscreen that has water resistance and is broad spectrum, meaning that it covers both UV-A and UV-B wavelengths. Right now that’s our recommendation going forward but hopefully in the future we’re going to be able to make even more clear distinctions amongst the sunscreens.

How is this currently regulated?

Most consumers don’t realise that these aren’t clinically tested and so the standards that are used for the cosmetic industry and for sunscreens are much different than you would have for the standards for a clinical trial or a clinical drug. We think that this needs to be changed because consumers need to be aware of exactly how much a sunscreen is doing to prevent cancer.

It’s been very challenging for us to obtain funding for this kind of research because, first of all, we can’t get support from the industry because we’re doing some animal work. Secondly it’s typically the kind of research that’s done in the pharmaceutical setting where you’re looking at dosing and different compounds which wouldn’t normally be funded by agencies looking to look for new pathways and things in cancer. So there’s a gap that needs to be filled. 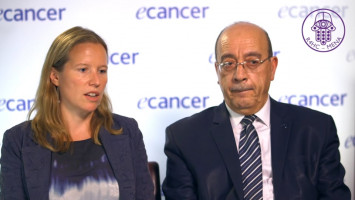