Assessing the best screening methods for HPV/cervical cancer in Africa

She describes the situation of the PAP smear test as being less than ideal because due to a lack of lab technicians in Africa and difficulty getting the samples to the lab, it takes a month for a woman to get the results. Furthermore, she explains how it is often hard to get the results successfully communicated back to the person who has been tested.

The method which involves the visual inspection of the cervix using iodine is better, as the diagnosis and treatment (if applicable) can be given at the time of the test. However, this method requires training which is often lacking and tends to result in over-treatment, she says.

She argues that the most reliable method of screening is the HPV test but that it needs to come down in price before it can be implemented in Africa.

I was to debate on what would be the best or ideal screening test for the prevention of cervical cancer in Africa as a whole. What I took into consideration is that there are several screening methods that have been put into test in low resource countries and in other countries as well but I particularly looked at the individual test and checked the suitability of these tests on whether they would apply in Africa.

What are the available methods?

There are several methods that have been described as early as the 1960s. Initially we had the Pap test which was one of the first screening tests that was introduced by Papanicolaou who was a Greek surgeon, actually it was long before that. But there have been problems with that form of screening test in that the test has to be done by professionals, health professionals, and then the specimens have to be sent to some laboratory. The problem with that is that firstly we start with the transport services – who is going to take these specimens from the centre where they are done to the laboratories? And then secondly we don’t have enough laboratory technicians in Africa who will be able to interpret these tests. Secondly, because there’s a waiting period between the time that the testing is done, there’s an interval and where I come from in Cape Town, which is supposed to be a developed city, it takes about a month for those results to come out. The problem is tracing those women and getting the results back to the women has always been problematic. We find that there are patients with abnormal Pap smears but there’s difficulty in accessing those women to inform them about their results.

Are there other options?

There are other options that have been introduced into Africa and the idea of those, these are tests using direct visualisation of the cervix. This is supposed to be a simple test where very dilute acetic acid is applied to the woman’s cervix or there’s another solution called  Lugol's iodine that’s applied to the cervix and results can be received immediately. The main benefit of that is that the interpretation of the results is immediate and treatment can be initiated at the same time. But the problem with those studies as well, if you look at those studies, they were done by people who were well trained and there was enough quality control in checking that people who were doing these tests know exactly what they are doing. So the problem with that is that there is a little bit of overcall, that is women which otherwise have had normal cervixes would have been called abnormal and because the treatment is initiated at the time, at the point of care, there’s a tendency for overtreatment as well. For Africa it’s much better than having no form of treatment at all so it is acceptable in some African societies, that is the visual inspection of the cervix which is the lower part of the womb.

If you look at Africa as a whole in understanding the community it would have to be a test that understands the communities that are in Africa. It would have to be a test that is simple; it would have to be a test that is initiated at the point of care, the results are accessible at the time, and also it should be a test that has a high detectable rate. That test unfortunately, the other thing that one has to factor in is the cost of the test. The is currently HPV testing and that’s supposed to have the best results in reliability as well because that’s one of the characteristics of the test, that it must be very reliable in every test. Unfortunately we’re still struggling with the problem of cost and hopefully the pharmaceutical companies, if they could bring down the prices of this testing, it should be the ideal test for it.

The other thing that makes it quite ideal is that the predictive value of it is quite high. If the woman tests negative then it would be very easy to reassure the woman that she is not harbouring the human papilloma virus which is the causative organism for cervical cancer. Even the intervals of screening can be increased whereas with Pap smears even if you look at other guidelines, and that’s the problem with Africa as well, we consider guidelines that come from outside Africa and do not factor in the circumstances in Africa. So if the woman tests negative, even people like Dr also accept that if the woman can test negative then one can reassure the woman that she can… even one negative HPV test is enough in a woman’s lifetime to reassure her that her chances of developing cervical cancer are quite minimal. 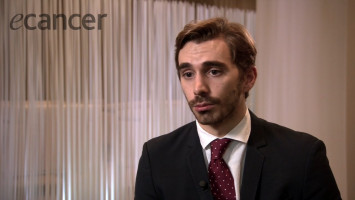 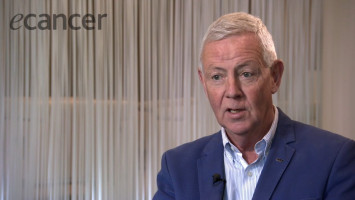 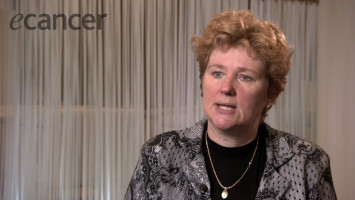 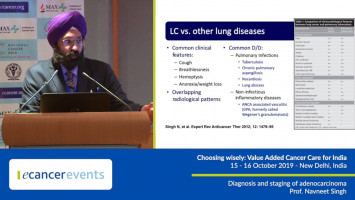