Dr Chai-Adisaksopha talks to ecancertv at ASH 2015 about his study that looked at the efficacy and safety of switching patients with cancer-related thrombosis to warfarin after completing 6 months of anticoagulant treatment.

Extended (3–6 months) anticoagulant treatment with low-molecular-weight heparin (LMWH) is now generally recommended for patients who develop venous thromboembolism (VTE) secondary to their cancer, but not all patients tolerate this in the long term, Dr Chai-Adisaksopha says in the interview.

His research suggests, however, that switching to the old standard of warfarin is just as good as continuing LMWH for preventing recurrent VTE (7.2% vs 6.0%, p = NS) with no increase in major bleeding (2.6% versus 2.7%, p = NS).

Dr Chai-Adisaksopha acknowledges that this was a retrospective study and so a prospective study is needed, but the results suggest that switching to warfarin may be an option for some patients.


You’ve been looking at switching to warfarin and this is in patients at risk of cancer-associated thrombosis. Can you tell me what you were doing in this study? What was the issue you were trying to investigate?

Yes, we conducted a retrospective analysis from the patients who enrolled in the registry. So we included the patients who were diagnosed with cancer-associated thrombosis who completed six months of the anticoagulation treatment.

Now, in the normal sequence of events they would get low molecular weight heparin, is that right?

Because this is the results from the CLOT study that found that low molecular weight heparin is better than warfarin.

So why were you interested in switching to warfarin at six months?

Because some patients are not tolerant to the long-term treatment with the low molecular weight heparin injection. So that’s why in the practice physicians tend to switch patients to the other form of anticoagulant.

So what did you find, then, in the study?

We found that after completion of the six months of anticoagulation therapy patients who were selected to switch to warfarin did not have an increased risk of recurrent VTE and bleeding.

So your recommendations coming out of this are what?

I want to emphasise that this is not a randomised controlled trial and we have some selection bias. So we would say that not all patients with cancer-associated thrombosis require long-term treatment with low molecular weight heparin. For some selected patients we can switch to warfarin at some point.

So do you think clinicians can think about switching to warfarin in many patients at risk of embolism?

Yes, I would recommend for the low risk patients, for example patients who did not have metastases or did not receive active cancer treatment that may interact with warfarin, we can consider to switch these patients to warfarin instead of continuing treatment with low molecular weight heparin. 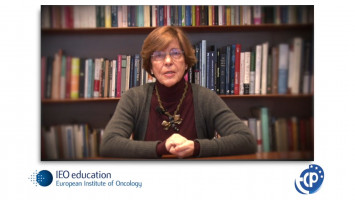