The importance of the World Congress on Cancers of the Skin

Prof Hawk talks to ecancertv at the XV World Congress on Cancers of the Skin in Edinburgh, UK, about the history, aims, and merits of the congress.

This is the fifteenth World Congress on Cancers of the Skin and it’s been started off by fairly far-sighted behaviour by an American dermatological surgeon called Kerri Robbins who started the first one in 1983 and this is the fifteenth. It’s a world congress on cancers of the skin so it’s in different parts of the world every two years and some areas are fairly small and they’ll have small meetings and this one, in fact, as I say, is the fifteenth and it’s the largest one we’ve had, in the most impressive surroundings and in a marvellous congress centre in a very nice city which is compact and easy to get round and easy to commute to the area. We’ve got over a thousand delegates who are learning about skin cancer from every aspect and we’re catering for everybody. We’re catering for surgeons, so there’s a so-called surgical track in which all the complex ways of treating cancers by sizing them and using skin grafts and flaps and so on is discussed in detail. We have a molecular science track in which the very complex ways in which skin cancer develops are being discussed. And also treatments, which are developing rapidly for melanoma and melanoma is the worst form of skin cancer and leads to an unpleasant and fairly rapid death in people that don’t treat them early, although early treatment is completely curative. But there are now a whole series of new treatments coming out which suppress melanoma, not yet forever but people have been given normal life for a year or two, at least, whereas previously they just went downhill. The next track is for nurses and healthcare practitioners who are the people that are looking after patients with cancers and how best to do that. And then there’s a sub-specialty track called a mixed track in which people have discussions about what cancers look like under the microscope and cancers that are produced by too much ultraviolet phototherapy for other disorders etc. and paediatric cancers and what have you are discussed. Thursday is on non-melanoma skin cancer and Friday is on melanoma skin cancer and Saturday is on rare cancers and Wednesday was about how to prevent them and how bad skin cancer is around the world. So we’re covering absolutely every aspect and we’ve got a fantastic faculty that’s been chosen by our superb scientific committee.

Is there any abstract being presented here which stands out to you?

Well, there have been a lot of press releases and I’ve looked at those which have been chosen carefully as well. There are quite a few interesting, not necessarily the most scientific but particularly interesting. For example, one in ten doctors uses sunbeds and that skin cancer rates are going up rapidly in older people, much more so than in younger people because older people probably don’t pay as much attention to their skin. And that hospital admissions have gone up hugely in the last few years for treatment of skin cancers and this is almost certainly also in older people who have probably got other problems and they therefore are not so interested in their skin and they’re not so cosmetically concerned and they’re letting their cancers develop and develop such that they become very large, particularly basal cell carcinomas, which just grow very slowly and they erode into the bone of the nose and around the eye and so on. They eventually need very complex operations with skin grafts and flaps and what have you. So that’s £95 million a year of a burden on the health service and if these cancers were treated early they would be easy to deal with as an outpatient and fully cured. So we need to get a message out there that if you’ve got something that’s growing steadily you should have it dealt with early, even if you’re older and have got other things to worry about. 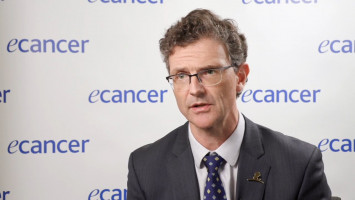