Screening mammography, over diagnosis and over treatment

Dr Gilbert Welch talks to ecancer at the 2013 San Antonio Breast Cancer Symposium about the over diagnosis and over treatment of breast cancer.

Dr Welch discusses that over diagnosis leads to patients being treated with chemotherapy and other methods, when the cancers that are being treated, never would have arisen as a problem. In order to combat this problem screening and mammographic procedures need to be reexamined and evaluated as to how the help prevent cancer deaths.

Screening mammography, over diagnosis and over treatment

What I was dealing with is trying to lay out some of the trade-offs that are involved in screening and I think everyone focusses on the potential for benefit from screening but they’re less aware that with that benefit comes some harm. Those harms are in really two forms: the false positive results and over-diagnosis.

There are two harms associated with screening mammography, one is a false positive result and the other is over-diagnosis and the two often get confused so let me be clear about the distinction here. A false positive screening mammogram is something that engenders some further intervention. It is an abnormal mammogram that leads to maybe a second mammogram, maybe an ultrasound, maybe an MRI or maybe a biopsy but ultimately the woman is told she does not have cancer. Over-diagnosis is a different harm; over-diagnosis the woman is told she has cancer, is treated for the cancer but that cancer was never destined to bother her, she was never destined to develop any symptoms from it or die from her disease. It’s a consequence of screening that whenever we look for early forms of disease we find more than will ever become relevant; we never know which ones they are.

So one of the things I was trying to do in the talk was both to highlight that there’s some uncertainties about the benefit; I certainly think there’s some benefit to screening mammography, I suspect we’ve overstated it pretty greatly. We’ve tended to under-state the harms of screening mammography and what I was trying to do is first discuss why the benefit estimates of the randomised trials may be over-estimates and the short answer for that is our treatment has gotten better and the better we get at treating clinical disease the less important screening is expected to be. So there’s this question of how much benefit does mammography provide in the new era of better treatment and then the question is how many harms are there. In my country, the United States, false positives are hugely common. In a ten year course of screening mammography anywhere from 300 to 700 women for every 1,000 screened will be asked to come back at some point because of something that’s alarming. Having half the population be alarmed in a population based screening effort, to me, is pretty outrageous. That’s something I think we could do better at. The over-diagnosis problem is much smaller but arguably it’s of more consequence because here women are being treated for cancer unnecessarily.

Now, I’m not suggesting we stop screening, what I’m suggesting is we ought to tell people the full deal; we ought to talk to them both about the benefits and the harms and acknowledge that screening is a choice, not a public health imperative.

How can this be prevented?

First, false positives vary across countries and across individuals and across doctors so there’s a lot of different sources of variability. But there’s no question that in the United States the false positive rate is much higher than in any other country. One of the things we could do is to change the radiologic thresholds for saying that something is abnormal; right now we’re looking too hard, calling too many things abnormal and we’re scaring too many women unnecessarily. I do think that’s a problem that could be not eliminated, of course it can’t be eliminated, but it certainly could be reduced.

Is using MRI a potential solution?

MRI is just another way to look harder, it’s going to have some of the same problems that mammography has that the more you image the more you find. It’s less about the technologies, it’s more about how we use the technologies and what our thresholds are to act, based on certain findings. You could argue any number of ways to look at the breast but the general problem will always exist that if you look for earlier and earlier lesions you’re invariably going to come upon more things that are falsely positive and more things that look like cancer, meet the pathologic definition of cancer but ultimately aren’t destined to bother the patient. So that’s the over-diagnosis problem. So it’s a balance and one of the questions we’ve always felt in cancer screening that the typical paradigm is we should look harder and harder and more and more for earlier and earlier forms of disease, that the best test is the test that finds the most cancer. We cannot continue on that road, that is a road of telling virtually everybody they’re abnormal, high risk and a lot of them have cancer. We know there are huge pathologic reservoirs, autopsy reservoirs, of small [?? 5:14] cells that can meet the definition of cancer. The goal can’t be to find the most cancer, the goal has got to be to find the cancers that matter and try to disturb other people as little as possible.

What happens to patients that are over-diagnosed?

They turn out to be treated for a disease that was never going to bother them. We never know that in the individual, well sometimes we do. You don’t directly observe over-diagnosis unless you’re willing not to treat the patient and the patient goes on to die from something else. Most of our inference about over-diagnosis comes from indirect data about all the extra amount of cancer that is found when we look for cancer early. On almost every screening test we look at, when you look hard for early forms of cancer you find more than you’d ever find otherwise. That means some people are being told that they have cancer, they are treated for cancer but they don’t need to be.

One of the things there’s broad agreement on in this meeting is cancer is a very heterogeneous thing. Our standards are all based on pathologic standards of what cells look like but that doesn’t really tell us about their natural history. There’s an evolving sense that cancers are very heterogeneous, as is the human response to those cancers, the host response to those cancers. So there are extremely bad cancers, there are cancers that grow extremely rapidly and screening isn’t probably going to help those. Then there are those that are more middle ground where screening is likely to have its biggest effect in those cancers that are relatively slowly growing where there is an advantage to find them early, they are ultimately destined to harm people. Then there are cancers that aren’t going anywhere and that’s made our lives more complex.

We need to moderate things; we have to realise that trying to maximise one variable, finding as much cancer early as possible, is a recipe to give us over-diagnosis of cancer. We’ve got to find a more moderate balance. 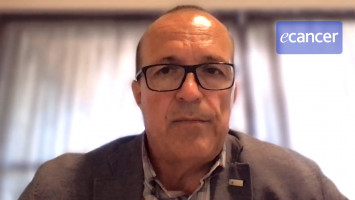 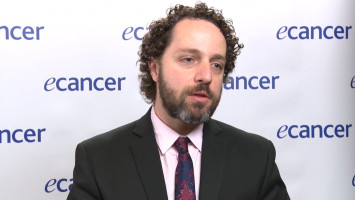 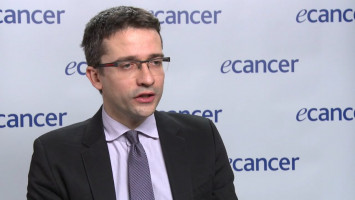