Understanding and meeting the spiritual needs of elderly patients

Dr Beena Devi talks to ecancer at the 2013 SIOG meeting about understanding the spiritual needs of elderly patients and how this can improve outcomes and increase their quality of life.

Dr Devi discusses the differences between spirituality and religious beliefs and how discussing this with the patient can greatly improve their end-of-life care.

Understanding and meeting the spiritual needs of elderly patients

The Ethnic Research Initiative actually began in 2010 because we won a competitive grant for breast cancer and it’s also an area of interest because breast cancer is the most common cancer in Sarawak, Malaysia. This grant actually helped us to understand breast cancer better because in Sarawak it is not a homogenous population, we have three major races: the Chinese, Malays and the natives. With this initiative we are able to do not really a retrospective analysis, we are currently doing the prospective study on this subject and it has highlighted to us that breast cancer in the three groups are totally different and we hope with further research we’ll be able to manage patients who are in the more aggressive group in a better way when there are more drugs available and more diagnostic tools available to identify the more aggressive groups.

What can you tell us about down-staging?

This has been a topic which has been close to my heart because when I first joined Sarawak in 1992 I noticed that a lot of the patients actually came in late stage. When I say a lot of patients, let’s just look at the most common cancers, that is breast cancer, nasopharyngeal, cervical, lung and colorectal. We chose breast, cervix and nasopharyngeal because we know that treating lung and colorectal is much more difficult in terms of getting a good outcome but focussing on these three cancers we knew that we will be able to teach and create awareness in the community. So when I say community what I mean is we have to teach the health professionals first, which includes the nurses and the doctors, in both hospitals as well as clinics which are in rural areas. Sarawak is a large state but with a very small population of only two million at that time and our aim was if we can get these patients to come in earlier we know that their long-term survival will be better, the work for us, in terms of trying to palliate the symptoms will be less, so it was a two-pronged approach in terms of trying to see whether educating the public, the healthcare professionals, will help us in terms of getting results in these three main cancers. When we analysed our data five years later we found that we were able to actually achieve a down-staging for breast and for cervix but not for nasopharyngeal. Recently I had done a further analysis on our nasopharyngeal group and we found that we were able to downstage them by tumour size and by nodal size but not by stage because when we talk about stage we combine the tumour, the nodal and the metastatic site together. But it is still a big improvement compared to 1992 when the nodal size was more than 6cm, now we are getting them at a much smaller size. So I personally feel that in places which have limited resources with limited manpower, this kind of creating awareness in the community through education, cancer education, will definitely help the people, the public who are out there, to come forward when they have these symptoms. So I think it is a simple tool, easy methodology to use in a community like that.

What type of education did you use?

We actually taught the nurses on signs and symptoms of all cancers first so that they are aware, then we focussed on breast cancer, cervix and nasopharyngeal. So we had to go through with them on the signs and symptoms. Breast cancer is quite straightforward because it is just a lump in the breast but we also taught them that if they are complaining of any kind of pain or discomfort we should encourage the women to come forward to the nurse and let them know. For nasopharyngeal we went through with them as to one of the early symptoms, not to wait until you have a neck node or a neck swelling, but to come forward when you have some of the symptoms so that we catch them at a much earlier phase. That is why we think why we are getting the tumour stage at a much earlier phase now is because the public have now come to know that if you have a nosebleed which is persistent you should come forward and not take it as there’s nothing wrong. So I personally think that we need to teach, because we do not have mammographic screening for breast cancer.

For the cervical cancer what we did was that we retrained them on the method of doing a Pap smear which has been a screening programme worldwide for many years. We just retrained them just to make sure that their technique was right and that was what we focussed on. What we found out, in fact, from this particular exercise was that the women who actually come to the rural clinic were actually very young women who were bringing the children for vaccination whereas the older women will not come to the clinic. So we realised that these girls, these nurses who are in the rural community, they need to actually emphasise to the older women, when I say older women I’m talking about women who are in their 40s and 50s, that they need to come forward first of all just for a Pap smear, at least as a baseline, and subsequent to that if there is some abnormality that they should be re-screened and they should be referred to the nearest hospital. That kind of information had to be conveyed to the women because all the while the women thought that Pap smear is something to do with pregnancy, they did not realise that it is a totally different screening test. By educating the nurses to emphasise this point when they go to the community may have created awareness in the community.

What were you discussing at SIOG 2013?

I was given this topic to talk about spiritual aspects, the complexity of spiritual aspects of the older patients. Spirituality is not something that is easily spoken about and also it’s not something that many of us are actually aware of. I have found this topic to be quite difficult to initially present but I thought that by presenting them in the form of case studies and to differentiate spirituality from what we understand as to something associated with religion. People will be able to comprehend that it is something as clinicians we will be able to easily use these simple techniques in understanding our patients because in many patients with advanced cancer who are in terminal phase do face spiritual issues which are never identified by clinicians because it is something which is masked under a simple symptom like pain. What the doctors will do, they will just give the patient pain medication but they are not actually having physical pain, what they actually have is spiritual pain. It is something that we need to tease out and comprehend so that we don’t unnecessarily treat a symptom which doesn’t need treatment.

One of the cases was about a lady who was an elderly lady who had many forms of treatment for her breast cancer and she was, in fact, at the point where her current treatment was actually not working. Because every time when she came she would always complain of the pain in some part of her body but I knew that we had been treating her pain for quite some time and when I took the history from the husband it always meant that at home she doesn’t complain and she doesn’t take the medication. So I knew there must be something hidden behind this layer so when I explored further I realised that she was not taking her medications. So I told her, ‘Why don’t you just take your medication and then record it down when you get the pain,’ and she had no pain but when she came to the clinic she always had this unhappy face. Then I decided to take the chance and plunge into the topic of preparing for death. That is a topic which Asians don’t talk about because it’s such a sensitive topic to talk about dying. I asked her, ‘Would you like to start preparing, planning for your own funeral?’ And I saw that her face brightened up and I was very surprised that talking about dying and she was very happy. So she said, ‘Yes, I would like to do that,’ and I left her at that point. The next day the daughter came, I saw her in the hospital corridor and I asked her and she said, ‘Yes, my mother is actually quite happy that she is starting to prepare for her funeral.’ She was actually a non-Christian, she was a Taoist, so Taoist funerals are actually very expensive so she was having a lot of mental torture and agitation that she’s going to burden the family with a lot of money when she dies. But having this open talk about dying actually helped to alleviate that suffering and, you know what, she found peace and she was able to go home, she was discharged from the hospital. She had no more pain, she went home and she spent the last two months of her life with her friends visiting her to say their goodbyes and also the fact that she went quite peacefully and she didn’t have to have a pain medication. So her daughter came back to tell me that because I brought up the topic about preparing for the funeral she became then engaged in what she needed to prepare for her own self. At the same time she was relieved that the funeral cost is going to be reduced because she chose to become a Christian because Christian funerals are much cheaper.

For me, I look at it as it’s not about a religious conversion, it is more about the fact that by being realistic and being practical and being understanding about you as a person, it doesn’t matter what religion you belong to, but the fact is that you are able to offer peace to your family and peace to yourself. That is what I think will bring in spiritual peace to yourself before you die and not many people actually get to enjoy that kind of peace. My other two case studies are more difficult which, if you can, you can come and listen to my talk. 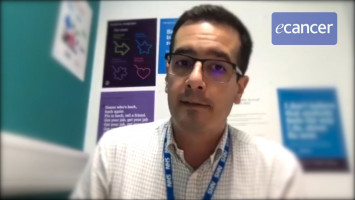 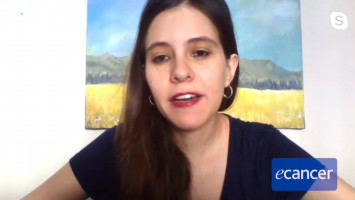 9 Apr 2020
The work of Can Support in India
Dr Rivinder Mohan - Head - Knowledge, Training, Education and Research, Can Supp... 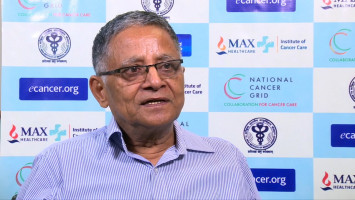 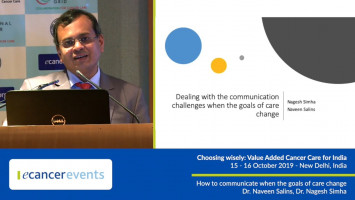 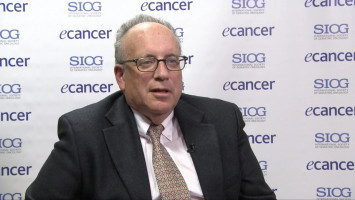 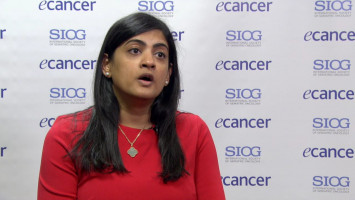