Dr Marcia Brose talks to ecancer at the 2013 ASCO Annual Meeting in Chicago about the randomised phase III study, DECISION.

This study found that the targeted drug sorafenib stalls disease progression by five months in patients with metastatic differentiated thyroid cancer that has progressed despite standard radioactive iodine (RAI) therapy. If approved by the FDA, sorafenib would become the first new active drug for this form of thyroid cancer in 40 years.


Thyroid cancer is the most common endocrine malignancy and 60,000 patients will be diagnosed in the US this year. There will actually be 1,800 deaths. The majority of those patients actually have the subtype called differentiated thyroid cancer; 80% of them are differentiated thyroid cancer. So the majority of those patients, 90% of them, will do well; they’ll be actually cured and have very long term survival with just surgery and the treatment with radioactive iodine. The problem is what happens with the other 10%. Sadly, patients with progressing disease that eventually becomes refractory to the radioactive iodine, they actually have no therapeutic options. Their survival drops to 2½ to 3½ years. So they don’t do well and the only drug that was ever approved was approved in 1974, about 40 years ago. At that time we thought it was effective but we actually know now that it isn’t, so even that is not an option for these patients.

Based on data that we have from phase II studies we knew that sorafenib has some activity and that work actually started in 2006. After we saw some activity we were able to convince Bayer and Onyx to say, ‘Listen, we need to get more data because these patients need the drug,’ and a phase III study decision was designed.

So this really was exciting news, it’s a new therapy for a bunch of patients that have really not had any other options. It’s new hope, it’s a rare cancer so these patients really have been forgotten in some ways so it really is very exciting news for them.

How long before it impacts the clinic and what is the next step?

I think it’s already starting to actually impact them. Where possible some patients are starting to get it but really the next step is FDA approval. And with the hope that they’ll approve it this hopefully, once that happens, will rapidly become the first line therapy. 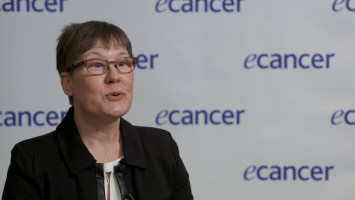