Extended use of tamoxifen reduces breast cancer recurrence and death

The study found ten years of adjuvant treatment with tamoxifen provided women with oestrogen-receptor-positive (ER ) breast cancer greater protection against late recurrence and death than the current standard of only five years of tamoxifen. While side effects are also increased with longer tamoxifen use, the researchers conclude that the overall benefits greatly outweigh the risk of continuing therapy. The findings from aTTom, a Phase III randomized study, complement and confirm the results of the recently published international study, ATLAS.

Extended use of Tamoxifen reduces breast cancer recurrence and death


We found out from previous studies that five years was clearly better than two years of Tamoxifen and a logical extrapolation would be to continue for longer, that even after five years of Tamoxifen the risk of recurrence is quite high, about 2% per year. So we wanted to see whether we could reduce that late recurrence rate by continuing Tamoxifen beyond five years. Quite early on in the study results came out from a US study, the B14 study, showing that longer Tamoxifen actually seemed to increase the risk of recurrence. That set the recruitment back a little bit but the results were based on very short follow-up and small numbers. So we persuaded people that the question was still not answered and we managed to randomise 7,000 women in the aTTom study and a parallel international collaboration, the ATLAS study, randomised another 11,000 women. So there’s very large numbers randomised to answer this question really reliably.

What was your total number of patients and how significant was the result going to be?

Both the ATLAS trial and now the aTTom trial have shown that recurrence is reduced by continuing Tamoxifen to ten years rather than stopping at five. Because Tamoxifen for five years has a carry-over benefit and lasts longer than the treatment we don’t see much benefit from longer treatment for the first five years and then it’s only after ten years of Tamoxifen treatment that the real benefits start emerging and there’s a highly significant recurrence in both studies. But for breast cancer mortality then neither study on its own was quite convincing but put the studies together, you’ve got 17,000 women in the two studies, and we find definite improvements in breast cancer survival and in overall mortality from longer Tamoxifen.

What is the data on breast cancer mortality?

What are the implications of this study?

What is the message for cancer doctors?

They should be aware how reliable the results are. There’s really no doubt at all about the benefits, the survival benefits. Most doctors I’ve talked to are pretty convinced they’re going to change their practice. We had a meeting when we presented to the collaborative group that generated the data and all of them were going to change their practice as a result of this study.

Is there a downside to using hormone manipulation for this duration?

Is that still true for thrombotic effects?

It’s well-known that venous thromboembolisms can be caused by Tamoxifen and there is an excess. We didn’t actually see any excess of stroke in either ATLAS or aTTom, although probably it is increased but it is really quite a rare side effect of Tamoxifen. So we don’t have good evidence that it is increased but it quite likely is. But given it’s fairly rare, again the balance of benefits and risks would certainly far outweigh the risk of stroke.

How would you sum up your findings for doctors?

It’s good news that many cancer trials have negative findings, so showing that there are these extra benefits is another part of an incremental improvement in survival in breast cancer. There have been a lot of small improvements with chemotherapy, radiotherapy, hormonal treatment and these have together resulted in about halving of the chance of dying of breast cancer in the UK. That’s really quite remarkable – you’ve cured half of the breast cancers. I think we can continue to make these incremental steps but these large trials are really very important for establishing what actually does benefit and what actually doesn’t benefit. 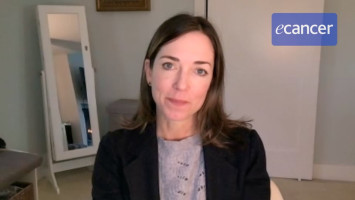