There are now several treatment options for myeloma but little data to help decide which drugs to use.

A proliferation assay devised in the 1980s showed proof of principle, that assessment of proliferation is an accurate predictor of clinical behavior.

Since then, for technical reasons, clinical implementation of a proliferation assay has not been successful. The researchers invented an immunohistochemical platform (U.S. patents applied) to assess myeloma proliferation. Unlike prior methods, it is performed at the single-cell level, on routinely-preserved marrow, using standard laboratory equipment.

The test can be read manually or via image analysis, using the software (U.S. copyright applied) which runs on any PC or Mac. The prospective analysis of patients followed 14 years after an IRB-approved BMT trial showed an inverse correlation between survival and myeloma cell proliferation (P = 0.006). Also, the retrospective cohort study showed that each 1% increase in proliferation was associated with a 3% increase in risk of progression (P = 0.02). PFS was 232 weeks vs. 110 weeks for <10% vs. >10%, respectively (P = 0.03).

The new assay provides reliable prognostic information that can be used to approach care on a patient-specific basis. Because the assay can be performed currently in any diagnostic laboratory, the researchers believe patients would benefit from its standard use in clinical trials.

It would improve upon current practice by providing biologic tumthe behavior data. Such data might predict well, which drugs would work best in an individual patient.


We’re all here at this meeting trying to cure multiple myeloma but at the moment it’s incurable. So the approach to a given patient is generally watch and wait. You know the patient has the disease and you will choose to treat or not at a given time depending on clinical symptoms and how the patient is doing. A long time ago, back in the late ‘80s, there was a push to assess proliferation in myeloma, meaning so how fast is the tumour growing. You know it’s there but is it quiescent or is it growing really fast which would suggest even if it’s not a bad clinical problem right now, it’s going to be soon. And due to technical problems the method for assessing proliferation, which was called PCLI, Plasma Cell Labelling Index, it just never caught on. It’s done in a couple of places but it’s very technically difficult and it just never caught on.

So what we wanted to do, because it is such a good thing to know how fast is the tumour growing, is develop a way to get that same information in a more feasible fashion so that everybody could do it. So the first problem is that the myeloma cells are mixed together with a lot of other cancer cells so you have to have a kind of sieve, you have to have a way to separate them out from the background bone marrow. So what we came up with was a double immunohistochemistry stain. You use one colour to show you the myeloma cells in red and then you use another colour, blue, to show you which cells are proliferating. When the two colours are together in one cell it makes purple so then you do a patient biopsy and in it you can see all the myeloma cells that are either red, not proliferating, or purple, proliferating. You can then get a proliferation index from one of two ways: you can just count cells – 1 proliferating, 2 non-proliferating etc., or we wanted to… that’s kind of cumbersome and people don’t like to count things so we wanted to come up with an automated way to do it that was more consistent from lab to lab. So we worked with a number of different image analysis systems where you scan slides and look at a digital image and then use software to do the counting. All of the available image analysis systems had some pretty severe limitations, mainly cost and space and that sort of thing. So we wrote our own software; we came up with a new software program that works on any computer, Mac or PC; it’s a small footprint thing so you don’t have to have some really great computer, and it works with any digital image. So, for example, it’s a pretty standard thing for haemato-pathologists who look at bone marrows these days to have a digital microscope so we take pictures all the time. The way our software works is you can take a picture while you’re looking at the case, click, turn over to the computer, pull up the slide and it will then give you the numbers and you can put it right into your report.

How long does the process take?

It takes about two minutes. So there’s the immunohistochemistry which is a standard procedure, the standard diagnostic procedure, and the method that we came up with can be done in any lab. So it’s using existing equipment, you don’t have to buy anything, the only thing you have to know is how to do it. So we give you the recipe, you buy the reagents, you do the staining and then when the slide gets to the pathologist two minutes: look, click, run numbers and it’s done.

How many patients and how much data did you look at to develop this?

We had a huge amount of data. Because we had to start from the validation phase so we had to make sure we were looking at the right proteins. So we had to do that sort of validation; we had to do a quantification, we looked at RNA. We did a very, very detailed validation to make sure that the data was good and then we went to the patients and we have been doing this now for about four years. So we’ve done literally thousands of patient samples and we have a couple of… several different tests from it. We’ve used it for clinical trials, which it’s a great tool for, but also just for routine patient analysis. We have two studies, one where we looked at patients after bone marrow transplant and we found that proliferation correlates with survival, overall survival, and then we looked at 150 patients who were uniformly treated and we found that each 1% increase in proliferation is associated with a 3% increase in worst outcomes. And that study was 153 patients.

What do you think will be the potential impact in the clinic?

So at the moment there’s lots of different testing that can be done but most of it doesn’t give clinicians who are treating patients really concrete data. So, in other words, you can do cytogenetic testing and it’ll tell you it’s pretty good or it’s pretty bad and you still have to… What this gives is a very precise number of exactly how fast the tumour is growing and then it will allow you to decide whether to treat or not. So, for example, if a patient has very little cancer but it’s growing very fast, you might decide not to watch and wait – let’s go ahead and treat the patient. At the same time if you have a newly diagnosed patient and our test shows you that the cancer is growing very slowly then most people would be comfortable to wait. If the patient is doing OK clinically, come back in three months or six months and we’ll talk and see how things are going.

So there’s a potential for cost saving and reduction in patients suffering on clinical trials?

The test is essentially a platform. The main use that we’ve studied so far is to find the myeloma cells and tell if they’re proliferating. But you can also substitute different reagents to answer different questions. So, for example, we had a clinical trial where we had a very, very specific drug and what we wanted to know in advance was does a given patient’s cancer have the drug target or not. This platform can answer that question. So we used the same platform with some different reagents before patients were enrolled in trials to answer do they have the drug target or not. Then in another use, which some people are interested in, is minimal residual disease. So, for example, we have found that there are certain proteins that are only present in the cancer cells and not in any normal cells so you can use the platform after therapy to see if there are any cancer cells left. And it’s very sensitive, it’s more sensitive than flow cytometry, etc., for a number of reasons.

Does the test have other uses?

One of the things that’s most interesting to me is that you can do the tests early on. So, for example, in our clinical trial we used the test to say is the drug target there and if it was there the patient could go on trial and if it’s not there we save the patient the agony because it was going to be a worthless therapy and there was no other way to answer that question. And then when the patients went on trial we used the method to see if it was working and we could tell if the drug is working in less than a week whereas the usual way is you treat the patient, a couple of months later you do a clinical assessment and see whether they’re working or not. We can save all that time and all that agony by doing this testing early on to see if a drug is working. And then that helped us in that trial to decide whether to increase the dose or decrease the dose etc. 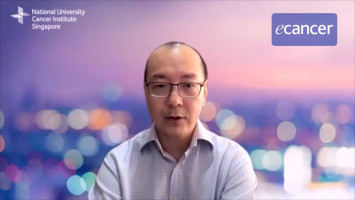 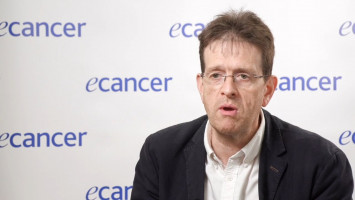