Dr Luigi Naldini talks to ecancer at the IFOM-Kyoto University Joint Symposium in Milan about his talk on the recent advances in haematopoietic stem cell gene therapy.

Dr Naldini explains the process off modifying stem cells with genes and replacing the mutated ones.  These stem cells are then corrected and infused into the problem area, creating a potential permanent solution as they are self-regenerating in the patient.

The idea is that stem cells actually are something you can actually harvest from the body and use for a therapeutic application. You can modify the stem cell with genes which can replace a malfunction. If you have a genetic disease which affects the haematopoietic system stem cells can be harvested, genetically corrected and infused back. This is gene therapy, it’s ex vivo so it’s actually performed outside the body, and needs stem cells because the cells that are being modified and corrected now when they go back in the body they remain for long-term, essentially for the life of the patient, because they are stem cells. So they can self-renew and generate a progeny of cells which now are functional. And stem cell therapy is actually already in the clinic because transplantation of haematopoietic stem cells is a routine clinical procedure. The difference now here is we are not using donor stem cells, we are using the same patient’s stem cells which have been modified and then infused back.

Where do you get the stem cells?

They can be taken from the bone marrow or just from the peripheral blood where there are actually very few of them circulating at any time so they can be collected over time. So it’s a relatively simple procedure.

Does the purification process harm them?

The purification not that much, but that’s a good question. Stem cells, first of all, are very few and it’s very difficult to measure the stem cell activity. Essentially the only way to measure a stem cell is putting it in a host and seeing repopulation, so true transplantation. Until you do the transplant you don’t really know the answers. There are surrogate assays which we try to measure but essentially, and the experiment we are doing now and the clinical trials we are doing, are probably the first ones to prove whether or not we are harming stem cells. It’s very difficult to know.

Are you selecting patients with a single gene deficiency?

First of all it makes our task easier because we know exactly what to put back into the cell. If you have a genetic disease, of course you have many problems, but you have a single cause for that problem which is the deficiency in the gene. So if you replace that gene with a functioning one and then you can test whether your procedure works by infusing those stem cells back. So we are dealing with genetic deficiencies affecting the haematopoietic system, so the blood cells. These are either a deficiency which affects the immune system, so you have immunodeficiencies, or they are affecting cells which are essentially scavenging throughout the body the material which has to be turned over. So these scavenger cells are white blood cells. So again this is a stem cell treatable condition.

Is this a promising approach?

We are getting proof of principle. This is early to give the final answer but the patients which have been entered into this trial, first of all are doing well, so the trial is safe until now, and they are seeing benefits into their condition. So we are seeing a substantial effect of the procedure and because we don’t rely on a donor, first of all, this could be given to any patient. There is also no risk of immune mismatch which, of course, can drive a lot of severe side effects to the transplant.

We could make the proof of principle that you can introduce safely a gene and this gene will now be active in the progeny. So that, of course, could be useful for treating genetic conditions. But, for instance, you could make now blood cells resistant to a chemotherapy and so empower a pharmacological approach to cancer or resistant to an infectious agent and this you can consider, for instance, in AIDS or in other conditions making those white blood cells resistant to the infection. In the case of cancer I think chemotherapy resistance is one approach and the other approach we are working is delivery of biotherapeutics to the cancer side by the progeny of the stem cell which home to the cancer. So I think there are plenty of potential applications.

Has the media skewed the data?

There was too much hype in the early days of gene therapy and I think we still have to be cautious because this is not true for all applications. For instance, cystic fibrosis is a very challenging one because in that case transplanting stem cells will not really work, it’s going to be very difficult to access those tissues. But in some conditions which mostly are conditions which can be treated by haematopoietic stem cells, by lymphocytes, or in some systemic conditions like haemophilia or eye disease there are very promising results. So something is happening and I think the hype is turning into reality but again this is a slow process and we have to expect this not to occur overnight. 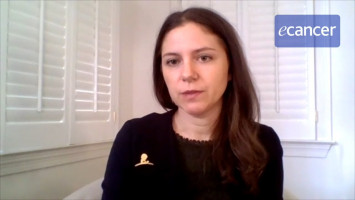