Application of next generation sequencing

Dr Gary Palmer talks to ecancer at the 2012 WIN Symposium, Paris, about the FP7 project, WINTHER, which investigates next generation sequencing.

The WINTer project uses next generation sequencing by using paraffin tissue; however, the information created must be able to translate for use by a clinical oncologist in a practical setting.

Foundation Medicine’s involvement in the WINTHER trial is in the technology arm of the study, Arm A specifically. This involves identifying abnormalities in a patient’s tumour to better identify the best course of treatment. This can be used with either currently available drugs or drugs in clinical trials.

Application of next generation sequencing

We’ve just spoken to Mike Pellini who has been discussing your involvement with WIN and specifically the next generation sequencing that you do. Can you maybe talk about some of the applications of this?

Sure. Next generation sequencing, I think, will bring and is bringing to clinicians information regarding ways to treat cancer that they have not been able to get before. It’s complicated information and I think there’s really two parts that are interesting here. First of all is the ability to do next generation sequencing on the paraffin tissue, the normal tissue, in any hospital or laboratory before it really had to be done on fresh tissue; that makes it not really applicable to the average cancer patient. The second part is being able to translate the information so that the oncologist can understand it. There’s a lot of information that can be complicated and at Foundation Medicine we want to make the information understandable so the oncologist can look at the data and reasonably quickly decide what the different treatment options are for the patient from whom the sample came.

So you’re involved with the WINTHER trial doing specifically the technology behind it?

Yes, the WINTHER trial has several parts to it, we’re involved in what they call arm A. Actually all of the patients will be tested by our test, the next generation sequencing. If there’s an abnormality for which there’s a treatment or a trial then the patient is in the arm A and the theory is that if there is this abnormality so the doctor can match up the abnormality with the treatment, the patient’s outcome will be better than if they just empirically pick, let’s say, chemotherapy off the shelf, if you will. So our technology is being used to see if there is an abnormality that can be targeted. If there isn’t then they go on to arm B which has its own series of questions.

So in this aspect you’re matching the mutation or the abnormality to already existing drugs on the market or not on the market?

And do you think it could be drugs that maybe aren’t even used in cancer that you may find that maybe…?

Theoretically yes, I think for this trial there would need to be some reason to think that they would work in cancer. In other words, phase I trials means that maybe there’s not a lot of evidence in humans but I don’t think we’re going to get too many drugs first in human, perhaps, but there needs to be an open trial, there needs to be a review by committees. In other words the drug has to be available in a clinical trial at least for it to be used in the WINTHER trial.

No, I was thinking maybe metformin now, which is a drug traditionally used for diabetes, is now being tested in…

This, in theory, should save a lot of money because making a new drug costs I don’t know how much.

That’s right. Let’s put it this way, by finding these targets, which our test could do, it opens up many different possibilities, all the way from repurposing old drugs potentially to developing new drugs to other possibilities.

And apart from WIN, how do you see your company developing?

We’re still a young company, we’re just a couple of years old. The first part of the company’s life was really spent in the technology, trying, as I said, to get next generation sequencing to work in the paraffin tissue, which we’ve done now. Now it’s research, of course, but also the commercial development, making this technology available not just in the States, where we’re based, but really internationally. That’s one of the reasons, of course, we’re here because the need for the cancer patient is universal, it isn’t restricted to any one country. I think we’ve already done close to 500 tests now with really no sales force, no advertising, it just shows the need for this type of thing in the cancer community. 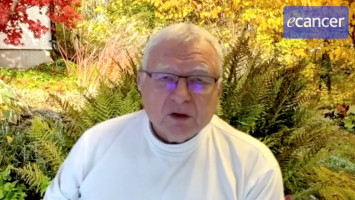 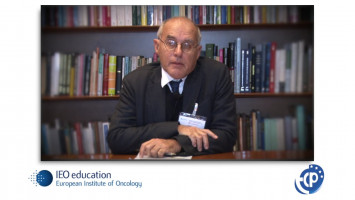