ecancer talks to Dr Mark Frattini, at the 17th European Haematology Association Congress in Amsterdam, about a method of testing patients with acute myeloid leukaemia in order to identify drug sensitivity and resistance.

The test looks at patient’s cells by placing them in a type of acid for four days, and then checking them with up to 60 agents to identify their response; agents used include novel agents and FDA approved agents. The results from this test build a personal treatment for each patient.

The study was conducted in a retrospective fashion with 25 patients to show sensitivity and resistance to prior treatments. This did allow for new treatments to be identified for five patients in the study, generating enough response to allow for bone marrow transplants.

Dr Frattini now hopes to put this test into a prospective setting with a phase 1 clinical trial.

Mark, you’ve come all the way from Memorial Sloan-Kettering to tell us about a high throughput screen. Now this is a way of taking cells from the patient, subjecting them to a test and then predicting which kinds of things might happen to their acute myeloid leukaemia. Could you tell me what this test is and how you came up with it?

Yes, so specifically what we’ve done is we’ve taken cells directly from patients and we’ve put them into an assay that takes about four days to get the final results, where we look against a panel of all kinds of different chemotherapeutic agents, up to sixty different agents so far that we’ve done, where we look and see will that patient’s leukaemia respond to the chemotherapy or will it be resistant to those specific chemotherapies? And so this is a way to help us design a specific treatment regimen for these patients, particularly some of them that have highly resistant disease.

So you harvest cells and you have enough of them to do all of these tests?

So we have to harvest enough cells to do the tests and the reason why we do it in the high throughput fashion, that means that basically on the size of a postcard we can do almost 1,500 different samples and so that way we can use a minimum number of cells in order to get the results of the assay.

And how many sensitivities and resistance tests do you do?

Well we try and capture this data on almost all the patients that come through the centre, so in terms of ...

How many different agents are you testing for?

Right now we have a panel of about sixty different agents that we test it against and that includes a lot of the FDA approved drugs for leukaemia as well as some of the novel agents that are coming through right now.

What have you done so far, how many patients have you screened and what were the findings?

So in a retrospective fashion we’ve done over 25 different patients right now that we’ve been able to show sensitivity and resistance to the prior drugs that they had received in terms of resistance and in some of these patients we have actually been able to put forward a treatment programme that would allow them to get some kind of sensitivity, some kind of response to chemotherapy, so that they could go to a bone marrow transplant.

So already you feel you may have done some benefit to patients who have already been treated?

Do you feel you have established proof of principle for your test then?

I think we have established proof of principle. What we have to do now is do it in a prospective fashion in terms of a clinical trial, and that’s what we are working on now.

Do you think, then, that potentially all patients with acute myeloid leukaemia and quite possibly other haematological malignancies could have tests like this?

So far we’ve mainly focused on AML, or acute myeloid leukaemia, because of my clinical interests but I think this is something that could be worked into an up-front setting in patients as they present. We sample their leukaemia, we see what they are sensitive to then we can help design a treatment regimen for them in the future, but in the States we have to do this through a process of going through a phase I clinical trial which we are going to attempt to do now.

Now this is in sharp contrast to the whole science of genomics that takes a different approach to predicting outcomes and giving prognostic information.

Well in terms of the genomics, what happens is that people just look at the different proteins that are expressed in our genes that are expressed in the cells, as a way of trying to design a signature if you will. So what genes are expressed in people that will respond to chemotherapy and what genes are expressed in people that will be resistant to it. It, however, doesn’t have the benefit of being able to give you a black and white answer: will a patient respond or will a patient not respond. In this type of assay we are actually looking at the patient’s leukaemia cells so we are getting more of a concrete answer and I think in the future the key will be to be able to pair the two methodologies to get the best possible information you can about treating the patients and giving them a regimen that will be successful and be able to get them into remission.

So what do you think are the clinical implications ultimately of this sort of approach?

In order to be able to implement this up front, to get more people into remission and obviously the key thing would be to increase the cure rates that we have over five years’ time. But initially we need to get samples up front and see if we can increase that immediate remission rate that people get at four weeks, can we increase that?

And in a disease which may well be heterogeneous this could be very useful to individualised therapy? Is there pay off potentially in AML do you think?

Absolutely because, as you point out, there is so much heterogeneity in this disease that people that have certain genetic, certain similar genetics and certain molecular mutations that are similar still respond differently to chemotherapeutic agents that we give them. So, like I said, the key would be to pair these two so that one could then do an individualistic and personalised sampling of their cells to see exactly what they will be sensitive to, so that we can tailor the regimen specifically for the patient.

We will look forward to your research with great interest. Mark, thank you very much for joining us.

Thank you very much for having me. 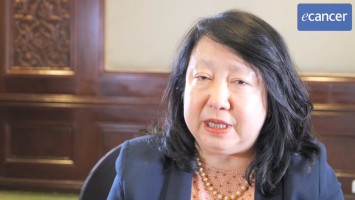 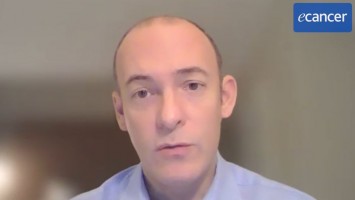 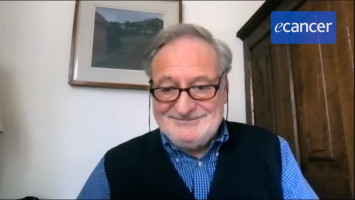