Dr Francine Foss discusses new and long-term follow up data on a study of peripheral T cell lymphoma at ASH 2011. Dr Foss explains how patients in the current trial and patients who have continued treatment from a study three years ago displayed long term and continual responses to treatment with romidepsin. The goals for treatment of long–term, relapsed patients has been to proceed with treatment that will maximise long term responses, whether it be transplant or palliative care, without increasing the level of toxicity to the patient.

Recent data from the trial presented that all subtypes respond in the same way; 50% of patients had some beneficial or clinical response and long-term follow up patients showed continued clinical response. Dr Foss notes that treatment practices have been changing with this new data in order to increase the number of patients with a stabalised response.

What has the recent data shown?

The recent data that’s presented with romidepsin shows us that in fact multiple subsets of PTCL can respond very well, in fact, there’s no difference in the response rate between the major subtypes of PTCL. The other interesting thing is that if you actually look at the palliative question and you look at stable disease as well as clinical response, in other words which patients actually benefit from this therapy, up to 50% of patients had some benefit and it is slightly different with the different subsets but overall a significant number of patients did have a benefit as far as disease stabilisation or a clear-cut clinical response.

The other important point is that there are a number of patients that have been stable now, or have maintained their response, up to three years. Now that we have long-term follow-up from the study we’re seeing some of these patients going on and on with their clinical responses and many of these patients, again, are remaining on the drug during this time.

Are treatment practices changing because of this data?

This kind of data really does change our approach to how we treat these aggressive peripheral T cell lymphoma patients. We now know that we have single agent therapies such as romidepsin wherein about a third of our patients or more will have a clear-cut response and many of them will have disease stabilisation. This is without giving those patients aggressive chemotherapy that’s going to cause undue toxicity. So it’s starting to change the paradigm slightly in that we’re now thinking about using these single agent approaches. If a patient responds to that, and they have certainly a complete response, they may move on to a transplant. At this point in the United States we’re very lucky because we actually have three drugs that are FDA approved in this setting, one of which, of course, is romidepsin, but we also have pralatrexate and then more recently we have brentuximab vedotin. Brentuximab vedotin, of course, targets CD30 and so the use is limited to patients with anaplastic large cell lymphoma.

There has been data presented at ASH and there’s updated data looking at all of these drugs in different subsets of patients with aggressive T cell lymphoma. Also we’re interested in now learning how to combine these drugs, use them either with each other or with other active therapies for these patients.

What we’re seeing at ASH this year, and in talking to the other experts in peripheral T cell lymphoma, what is emerging now is the use of transplant as a potential curative strategy. We’re now starting to see some more mature data, particularly with reduced intensity transplant, that’s getting us more excited about moving more patients in this direction. Again, the use of a number of these new agents in that salvage setting hopefully will help us to get more patients to a definitive curative strategy such as a transplant.

What is being done to combat the subtypes of this disease?

There has always been controversy about whether you treat the different subtypes differently. We have the peripheral T cell lymphoma NOS, the angioimmunoblastic and the anaplastic large cell, those are our major three that we see in the United States. At this point, other than the CD30 directed therapies we really don’t have any evidence that any of the other agents are selective for one subtype or the other.

What message can patients take from this ASH meeting?

I think that there’s really good news for patients from this ASH meeting and from some of the data that’s being presented and that is specifically that we actually are looking in more detail at some of these new drugs now. In fact, the response durations are turning out to be slightly longer than what we would have anticipated; many of our patients are able to actually stay on these drugs, in this case, with romidepsin, up to three years. So I think the important take home message for our patient is that there is a very effective therapy, that it can be a palliative therapy and that when you look at the toxicity over that period of time, it’s not cumulative. We are able to give these drugs in an effective way where patients are tolerating them. I think that’s really important because, as we know, year after year new treatments come in to the forefront so if we’re stabilising these patients then clearly they’ll be candidates in the future for other therapies that are being developed as well. 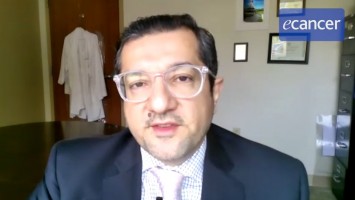 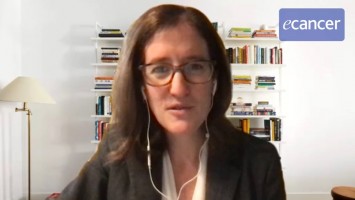